Frankie Krainz, writer of Stuck! and The Casserole Club, kindly answered some questions by e-mail in April 2011. 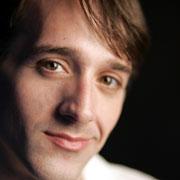 What was your writing experience before Stuck!?
“Theatre. I started as an actor in the theatre but I’ve always been a restless person so I kept trying to find ways to perform in venues other than the typical proscenium theatre. I did stand up comedy for a while and wrote my own material. I joined a comedy troupe called Hot Dish! in the early nineties and we wrote material together and toured. I wrote plays and performance art pieces that were mostly one-offs. Recorded little fragments of characters I would make up, crazy songs and radio pieces.

“I’ve written dances, poetry, a couple musicals, lots of songs, shorts, you name it, I wrote it. My life was really about travelling and trying new things, building experiences. A true nomad. And then I had a nervous breakdown in 2001 after 9/11 and that essentially shut me down publicly until I met Steve in 2007.”

How did you meet Steve Balderson and how familiar were you with his work?
“I met Steve in 2007 at a restaurant in Kansas City, MO. Steve had contacted my roommate about auditioning for a role in Watch Out and my roommate wanted me to go because he thought Steve and I should meet. Now, I was terribly agoraphobic at the time and, honestly, I couldn’t tell you why I agreed to go... but I did.

“Well, Steve and I hit it off immediately. We both have an insane love of the movies and as the meal progressed and the glasses of wine were emptied and filled, he brought it up that he had always wanted to make a Women In Prison film. And, you know, I’m the king of movie trivia... I love every kind of movie and every genre and have watched thousands and we both said 'I Want to Live!', the movie with Susan Hayward. 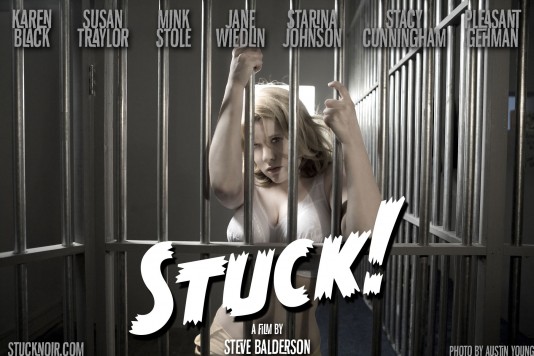 “That’s what sparked my interest. He wasn’t interested in those salacious, revisionist campfests (which I love!) but wanted something with an older feel. And that hit me. I love the old black and white movies like Caged. So I told Steve I’d write the movie for him and he said okay and kind of giggled like he does, like a mischievous boy. And on the way home from the dinner, I wrote Stuck! at the top of a piece of paper. I didn’t know anything about Steve’s previous films or what he was about. But something inside me wanted this chance. I felt stuck in my life see and this script felt like a way out.”

With Stuck!, what aspects of the extensive WIP genre did you want to celebrate or subvert?
“Celebrate the women and the atmosphere! I knew the foundation would be the old black and white dramas, film noir and early TV shows like Playhouse 90. I liked the way those early films had a theatrical quality, that they were character driven and the heavy dramatic quality of the black and white and the intrusiveness of the camera that acted like a voyeur.

“I used the tenets of the WIP genre for the outline, for the skeleton and then I just did what I wanted to do. Which was create a claustrophobic world where every character, in or out of prison, was literally stuck in their lives. I knew I didn’t want to create a tits and ass movie that was overtly campy. I’ve written that kind of thing before when I was doing sketch comedy and working the drag clubs. I wanted to create something more theatrical, more interior. There is an innocence about the movies from the ’40s and ’50s because there was no nudity or profanity. I wanted to explore those clichés through dialogue and honest emotion.” 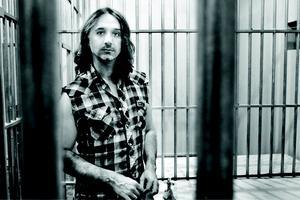 “So Steve sent me to Macon to do ‘research’ and I came back and still didn’t know what the hell I was going to write. I couldn’t get into it. Finally, I decided that maybe this story was a comedy. Because the overall feeling I got was that these people were vulgar, just a bunch of irresponsible adult children. I wrote a first draft that was much more of a farce, very trippy but Steve wanted something that was more rooted in reality, in the here and now.

“So I kept the characters and the first half of the script and then with Steve’s support and thoughts, reworked the story to be more of a meditation on selfishness and consequences. More lyrical. Images like the moon and the mask. But still with hints of parody. In a way I was writing a poem about one married couple. It’s as if the couple has been shattered into multiple pieces and those pieces are the couples whose lives are explored in the movie. I also wanted there to be a difference between the way the couples acted at the parties and the way they acted when alone with each other in their own homes. At this point, I knew what Steve could do visually, he has an amazing eye... so I tried to play into that, to write fragments that would add up to a feeling, a mood.”

To what extent did you write these scripts to match Steve’s directorial style, or create characters to fit specific actors?
“Stuck! was written in the dark. I didn’t know anything about Steve or his work. I just wrote. The Casserole Club I knew Steve more by then and had watched his movies so I knew that his composition was extraordinary, is extraordinary. He has a very unique way of telling a story visually. Really brilliant. So I wrote into that. Giving him shattered fragments of people that he could embellish with his camera. 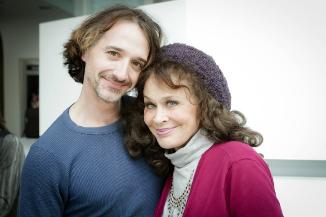 “I knew that certain actors might be in these projects but I really didn’t know who would play which character. Honestly, you just have to write. The story is a character and I trust that Steve can bring that character to life. We have similar sensibilities, I think. So I trust that relationship and just write. It’s refreshing, believe me.”

What can you reveal about the next Krainz-Balderson project?
“Culture Shock is about four American college grads on a Euro vacation who get entangled in the shenanigans of an international crime ring. It’s an action comedy. Crazy, mischievous, pop fun.”