Holy crap - did I really meet and interview Julie Strain? Yes indeed, at the 1998 AFM where she was hanging out with her husband Mutant Turtles millionaire Kevin Eastman and other cool folks. 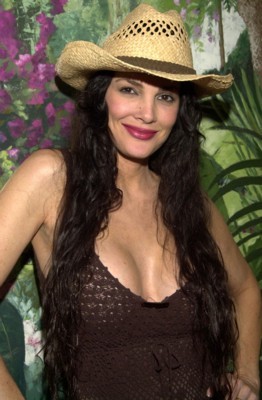 How did you get mixed up with Scott Shaw and Donald Jackson?
"Well, I’ve been doing films with Donald G Jackson for about six years now. He was one of the first directors to hire me when I had bad hometown hair and I couldn’t act. So I still keep working for him because he believed in me then and he still does. The films are great and they’re really campy and they’re really wonderful, completely different from anything else I’ve ever done. The great thing about Don is that he’ll put you in an environment, he’ll tell you the basic premise of what’s happening in a scene - and he’ll just say action. So in your own words and at your own level, out comes what you’re trying to say. It sounds so much more real than something that’s scripted sometimes."

Is it a creative team process?
"Yes, big time. We shot some of the movies at my home in Beverly Hills and it was great because Don had hurt his back that day so I was like the director for the day. I got to run around and tell everybody, ‘Shh!’, ‘We’re rolling folks!’, ‘Shut up!’, ‘Okay, chilli’s almost ready!’ I served people all my food and I stopped and made them eat in the middle. Actually I think it was spaghetti with a hot Italian sauce. We just had a ball."

Do they all start to blend into one another?
"Kind of, a little bit. Actually, one of the scenes in Rock’n’Roll Cops is where I’m a fortune teller and they come in to arrest me because, I believe, I did not have a permit to be fortune-telling at the time. It’s very campy and crazy. I brought all these effects from my own home and I made it up as we went along. I was working with Jim Zorn the actor. There was this one sculpted thing I had with a little doodad on the end and I told him it was ‘the Witch’s Tit’ and for me to tell his fortune he had to lick the Witch’s Tit. So he did and it was really great."

What about Guns of El Chupacabra?
"In Guns of El Chupacabra, I am Queen Bee and my husband Kevin Eastman is King Allmedia and we have this very, very large chair at home. It’s like a king’s chair but the seat is this high off the ground. So we’re sitting in that chair and we send Scott Shaw off on a mission to battle the Chupacabra." 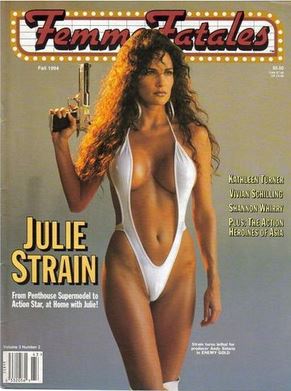 You’re pretty tall, aren’t you?
"I’m six foot one and worth the climb! If you get tired you can stop for a rest halfway up."

Is that an advantage or a disadvantage?
"For me it’s been an advantage because I’m a real mover and groover and shaker in this business. I’m not scared to do movies that contain nudity. I’m not scared to stay in this genre. I have other girls who are busty which also could limit someone and they think after two B-movies sometimes: ‘Okay, that’s it. I’m moving onto A-movies.’ Then they can’t pay their rent for three months and they come back and borrow money from me. So I’m showing my tits to pay their rent, basically.

“But the height thing has only been of benefit for me. I didn’t realise it when I started but I kind of created my own niche. I am the chick that they call when they want a gun-toting amazon-bitch-Barbarella-merciless-bitch with a machine gun. Vampires, witches, sorceresses, double agents - that’s what I do and I like to headbutt people in fights and kick them and spit on them and bust them in the balls."

Are you in Paging Dr Praisewater?
"Yes, I’m also a fortune teller in that movie. There was a couple of fortune-telling scenes in each of those movies and just some really, really great moments. While I was a fortune teller in, I believe, Rock’n’Roll Cops, we’re standing in my kitchen and I told Kevin Eastman, who is one of the rock’n’roll cops. He didn’t believe me. There was a fortune teller, so I said, ‘You know what? I know you fell off a horse when you were eight years old. I know when you were three years old you fell in the kitchen and you lost a testicle on a cabinet door.’

“So later on we’re doing a photo-shoot during that movie where my friend is the all-American photographer and I got to style her and do a photo-shoot. Kevin comes out to her and says, ‘Could you ever love a guy with one nut?’ He’s not a trained actor but I swear he brought a tear to your eye. It was the most magical, amazing scene. Then I got up for my scene, all unrehearsed and off the top of your head, and we came to each other and go, ‘Do I know you from somewhere?’ And we slow-danced and slow-danced around in a circle, then we worked off." 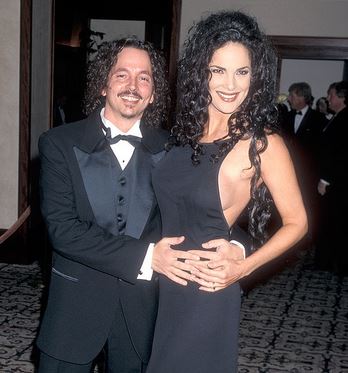 What’s it like working with your husband?
"It’s great for me because I’ve always been alone in the past. You go on location, you go on movies, it’s great and it’s rewarding. Then you come home and you close the door and you’re by yourself. There’s nobody to share it with, there’s nobody to cuddle with. Now that I have Kevin, my life is a dream come true. He comes on all my movie sets. He comes everywhere with me. He’s here today at the AFM - the lovely AFM, Loews Hotel, Santa Monica! He gets up at four in the morning and he packs my lunch and he makes my coffee and turns on the heater and just makes it so that I can really concentrate on just being talent and doing the best job that I can. My loved one’s right there so I don't even have to worry about him. So I just embrace the love and joy and creativity. It’s a drug you can’t buy!"

With Kevin moving into acting, are you moving into comic books?
"Well, I am going to be an animated character in the movie Heavy Metal FAKK2, which he created. And I have been on the cover of Heavy Metal magazine a few times this year. And all the top artists in the world are painting me. I was on Olivia’s book cover this year which would actually make a great cover for SFX. It’s like a screaming banshee."

How are they creating your character in Heavy Metal FAKK2?
"Well, she’s animated and it’s going to be 2D with some 3D effects. We’re working with Columbia Tristar, we’re working with Cinegroup in Canada, we’re working with a group in Germany who’s helping us with the movie - so it’s really their problem. Ours is to do the voices and go out and represent the movie and be the best I can be. We actually did build the costume and I did a photo-shoot for Penthouse magazine which should be coming out soon."

You’ve been in a few mainstream movies, like one of the Naked Guns.
"Naked Gun 33 1/3, Beverly Hills Cop 3, Steven Segal’s Out for Justice, Repossessed with Leslie Nielsen. All the different movies. I love doing cameos in big movies. I really, really enjoy that. That’s something I love but if someone was to walk in here today and hand me a 120-page script that I had to do with Nicholas Cage, I would not want to walk onto a set with a hundred people with all these big dollars floating for every minute of filming and they figure out that they don’t like my style of acting. Because in this genre, I look good and I don’t have to be a brilliant actor. I’m getting better all the time, but these people love me for who I am and I feel safe, and it’s my home team and I’m staying."

What have you got lined up next?
"I’m going to be on the cover of Crack Whore magazine... No, but what’s that animated show? South Park. They were teasing that one of the kids’ moms was on the cover of Crack Whore magazine and it’s my favourite joke. But coming up, I just signed a two-picture deal with Roger Corman, so I will be doing a movie called Millennium Queen for him this summer and another movie to be named later. I also should be working on a movie called The Independent which supposedly will have Jerry Lewis and Janeane Garofalo in it. 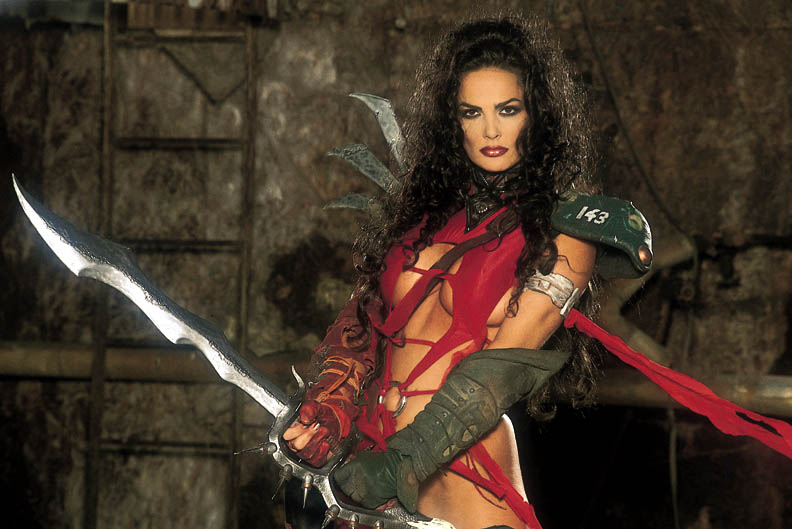 “I’ve been offered a movie for this summer as well with Joe Montagna. I have my sixth Andy Sidaris movie to do which is going to be called The Full Python - not The Full Monty but The Full Python! If that’s not funny... But there is a snake involved because it’s a flashback to an older movie he did that had a snake. There’s the Heavy Metal movie, I’ll be doing the voices on that. And I’m in lots of magazines right now. And I’m also a photographer: I coach a class at UCLA called Fine Art and Photography and it happens to be the highest rated class in the school’s history. I’m really not sure if the fact that the students get to shoot me nude has anything to do with that! You be the judge.”