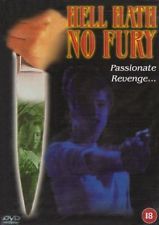 With a knife featured prominently on the sleeve and a still on the back showing someone lying in a pool of blood, it would be easy to mistake this DVD for a horror film. And indeed I did, assuming that this disc, its packaging devoid of any credit block or copyright date, was the 2006 anthology Hell Hath No Fury partially directed by Vince D’Amato of Vampires vs Zombies notoriety. 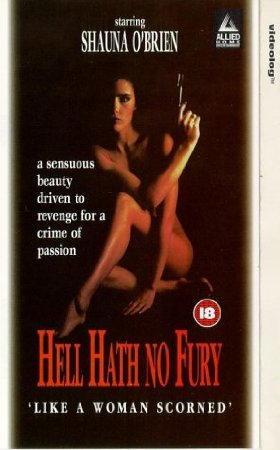 Paul Michael Robinson (a regular in Alain Siritzky’s 1990s run of Emanuelle in Space softcore silliness) stars as Alex Madison, a Californian businessman who hasn’t been getting any since the birth of his daughter six months earlier (and presumably for several months before that). On a business trip to New Orleans (identified through plenty of second unit footage of mardi gras), he befriends and rapidly beds Linda (O’Brien, a regular in Siritzky’s slightly later series Emanuelle 2000, albeit not as the title character). She falls in love with him and rejects her fiancé Marcel (Emmett Grennan: Zarkorr! The Invader). When Alex returns to LA, Linda is distraught but not as much as Marcel who blows his brains out and is discovered in a pool of blood, a suicide which gets mentioned once later on (when Linda confuses Alex by calling him a murderer) but otherwise has no effect on the story.

Linda somehow tracks down the Madison house and fortuitously arrives just as Alex’s wife Maddy (Jenna Bodnar: Huntress: Spirit of the Night) is interviewing prospective live-in nannies so she can return to work. Alex himself is away on a trip to New York (perhaps having another affair?) so knows nothing of this until he comes home and is introduced to the new nanny. 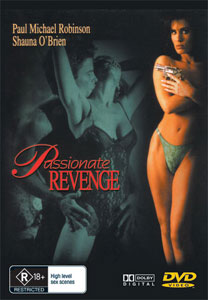 Blackmailing Alex, by virtue of still having the note he left her when he skedaddled, Linda forces him to rekindle their affair at night while Maddy is asleep; even while she and the mother of her charge are becoming new best buddies. Adding to complications is that Maddy’s virginal slacker brother Byron (Kevin Patrick Wallis: Blade, Scream) is staying for a couple of months and takes to watching the shapely Linda undress from the bushes outside her window. She begins a second affair with the very grateful Byron, telling him that his brother-in-law is forcing himself on her. She also shags Alex’s colleague Mark (Jeff Rector: Dr Hackenstein, Hellmaster, Terminal Force, Dinosaur Valley Girls, Dinocroc vs Supergator and many, many more) after hosting a dinner party for the boss (Arthur Roberts, who was in both the 1988 and 1995 versions of Not of This Earth as well as Chopping Mall, Mom’s Outta Sight plus many, many more) and a visiting Japanese client (Sam Hiona: Mom Can I Keep Her?, Phoenix 2, Cyclone) while Maddy is in hospital recovering from Linda-induced food poisoning.

It all eventually comes to a head with murder, a couple of cops and an interestingly bleak open-ended denouement. More interesting than the rest of the film, anyway. There are half a dozen or so sex scenes, all featuring Shauna O’Brien (who was Penthouse Pet of the Month in January 1992). There’s no denying that she’s got a fine body (if rather small tits at this stage of her career) and can reasonably simulate passionate ecstasy better than many. Robinson has a finely chiselled bod, although the other two gents don’t work out quite so much. Of course you don’t see anything because of camera angles or strategically placed hands. But the problem is that the sex scenes are just a bit too long and dull. Not the fault of this particular film; it’s a defining feature of the genre. 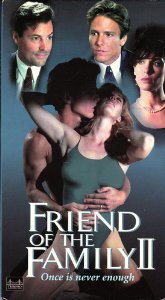 Ironically, Hell Hath No Fury proved considerably more watchable than many other films I’ve seen, probably because behind the directorial pseudonym ‘Nicholas Medina’ stands reliable film-factory Fred Olen Ray. Currently listing 134 directed features on his IMDB page, Ray made this the same year that he directed Night Shade and Over the Wire (also as Medina), Masseuse (as Peter Daniels), Star Hunter (as Sam Newfield) and Caged Fear/Fugitive Rage (as himself). And Invisible Mom. It is that facility to pump the pictures out, switching back and forth between genres, that has kept Ray at the top of the work-for-hire B-movie game for so long. His rival and friend Jim Wynorski was producer ‘Noble Henry’ on this movie which was made by Andrew Stevens’ company Royal Oaks.

Robinson later reteamed with Ray for Active Stealth/Shadow Force and Stranded/Black Horizon/Space Station (because no really good B-movie can have only one title) while O’Brien reteamed with Wynorski for his Bare Wench Project series of cheap-as-chips sexy horror films before retiring from acting in about 2008. Don Scribner (Slave Girls from Beyond Infinity, Alien Armageddon) is Alex’s client in New Orleans; Claire Polan (Angels’ Wild Women, Bikini Drive-In)  is a candidate for the nanny job; Steve Scionti (Megalodon, Mom Can I Keep Her?, Invisible Dad) is a waiter. I’m not sure who plays the cops at the end and I can’t be bothered to look it up, frankly.

Veteran cinematographer Gary Graver (too many titles to mention) handled the photography. He subsequently directed Masseuse 3 which was retitled Hell Hath No Fury 2 for some territories! Production designer David Blass subsequently moved on from B-movies to reality TV shows like Beauty and the Geek and America’s Next Top Model. Fred’s son Chris Ray was second AD. And composer Adam Berry progressed to scoring animation, working on shows like Kim Possible, The Penguins of Madagascar and even South Park! 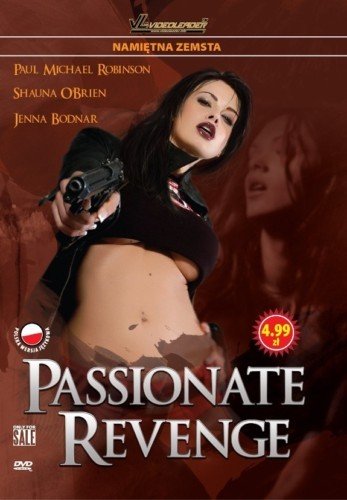 The identity of writer 'Henry Krinkle' isn't clear, but here's something bizarre. 'Henry Krinkle' is of course a false name which Robert De Niro gives to the cops in Taxi Driver, but according to the IMDB it was also the name of a character in a 2010 TV series called The Renfield Syndrome. That character was played by Rob Carpenter, who wrote and directed a segment of the 2006 anthology... Hell Hath No Fury!

The nature of these sort of B-movies is that all this work results in an utterly forgettable film which will never be anything more than a title in long IMDB lists. This cheapo-cheapo British DVD, which boasts ‘special features’ of interactive menus, Dolby 2.0, aspect ratio 4:3 and scene access (so no special features at all then!) is so cut-price that it carries neither a copyright date nor even the name of the distributor (Third Millennium, apparently, but I had to go to the BBFC site to find that out). In some other territories the film was released as Passionate Revenge - I particularly like that Russian DVD cover.

Marginally better than I expected, but my sights were set low anyway, this will pass 85 minutes of your time but do little more.