Bella in the Wych Elm 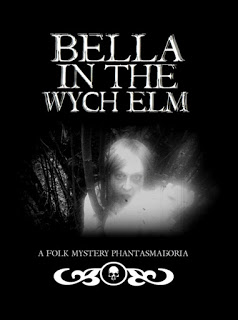 I love Tom Rutter’s stuff. Right from his early teenage movies like Full Moon Massacre and Mr Blades Tom has always wanted to do something different. Not for young Master Rutter anything as simple as a generic slasher or zombie picture – there was always something offbeat, something unique and distinctive. Something new and unapologetic.

Since those days he has made a fair number of oddball shorts, from hallucinogenic clowns to stop-motion animation to Ancient Greek drama. Some of these have been assembled into flatpack anthologies such as Quadro Bizarro and The Forbidden Four.

The one thing you can be sure of when you watch a Tom Rutter film is that you can’t be sure of anything. You can confidently expect that it’s pointless to expect anything. The man’s range and nonconformist approach is his auteurial signature. Tom is a cinematic maverick, the original ‘unable to label’.

The latest movie from Tom’s outfit Carnie Films is a half-hour dramatised documentary about a very curious event which happened in the Black Country during the Second World War. It’s such a bizarre tale that I had to check to see if it’s true – and indeed it is. Which makes the film no less fascinating and enjoyable. 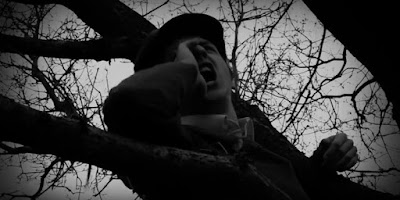 Here’s the basic gen: Some boys discover human remains hidden inside the hollow trunk of a tree (a wych elm, not a ‘witch elm’). The police investigate and find the skeleton of a woman who must have been crammed in there shortly after she was killed. Attempts to identify her came to nothing – and to this day no-one knows for sure who she was, although various theories have been put forward. Some of these relate to black magic, some relate to WW2 espionage. And just to make things even weirder, a recurring graffiti has been inscribed around the area over the years asking: “who put Bella in the wych elm?”

I won’t go into any more detail. If, like me, you’re not familiar with this story then Tom’s film is an excellent summary of events. If you are familiar with it then you’ll enjoy the way it is presented. If you want to find out more, there’s tons of stuff all over the web. It’s exactly the sort of local Forteana that people love to document. 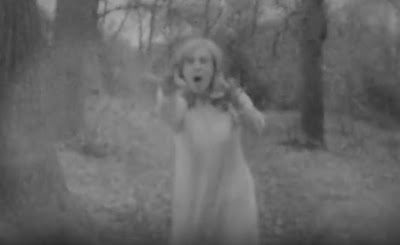 Fascinating story aside, the strength of Tom’s gorgeous little film is in his use of the image and the sound. A cast represent the players in this tale but they’re all shot silently as the story is narrated, in a glorious accent, by someone named ‘Tatty’ Dave Jones. As the story – and one possible explanation – progresses, Tom Rutter turns the visuals into poetry, mixing and cutting and overlaying and using all manner of techniques so that what we have is something very, very much more than just dramatised, narrated scenes.

I really, really enjoyed watching Bella in the Wych Elm. It’s not a straightforward documentary on the subject, and if someone made one (mayhap they already have) no doubt we the viewers would learn more facts (or at least, more speculation and theory). Neither is this a straightforward dramatisation; the story could bear one but the lack of a definite, satisfying conclusion to the mystery would require some fictionalisation on the part of the screenwriter. This is something between and separate, something special. I heartily recommend it to you because it’s different and beautiful and intriguing and mind-expanding.

Which is not to say that if you like this you will also necessarily like Full Moon Massacre, which is cheesy as hell and has me in it. But you might. 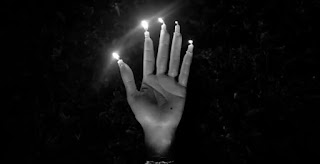 The cast on screen includes Lee Mark Jones (Theatre of Fear, Spidarlings). Some of the cast are also in The Forbidden Four and/or Tom’s next movie, now in post, the hallucinogenic western Stranger, which I. Cannot. Wait. To. Watch.