In June 2017, Warren Dudley kindly answered some questions about his film Cage. 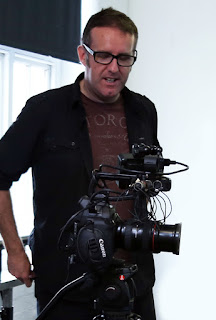 What are the practical pros and cons of shooting a film with one actor on one set?
"I have to say the best thing about working in one location and with one actor on screen is that you can shoot the whole movie in order. You NEVER get to do this usually. It makes telling the story so much easier because you can see it happening right in front of you. The downside I suppose is that you can all get a bit stir crazy after ten 12-hour days in a damp warehouse with just a cage in it -  so you need to really get on with your crew... this was put to the test a few times!"

I’m assuming you wrote this with Lucy-Jane Quinlan in mind. What did she bring to the role and the film?
"I worked with Lucy on The Cutting Room and thought she was massively talented... and almost as importantly a right laugh. I didn’t audition anyone else for the role which probably goes against all the rules a bit but it just seemed right. Luckily for me her performance was incredible. To bring so much emotion to the part whilst also pulling off an immaculate US accent is quite an achievement. In short - Lucy-Jane Quinlan should be famous and it confuses me as to why she isn’t yet."

What did you learn on The Cutting Room that you were able to use when making Cage?
"Write to your budget. The budgets on both films were similar (about £20K) but with TCR we had multiple locations and a big cast so it gets spread a bit thin. Saying that I am still really proud of it – it still gets some nice reviews around the internet. With Cage I wanted to put all the money on screen. So between Lucas (DOP), Lucy, the talented crew and myself I think we succeeded in making something that looks like it has a bigger budget. 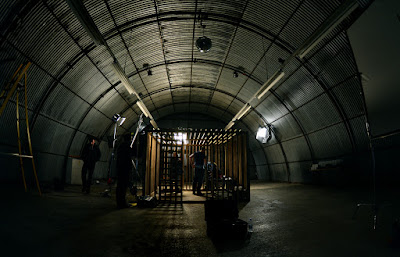 "One Amazon viewer, attempting to be rude, said – ‘If this is all that Hollywood can come up with we’re in trouble’... I took this as a massive compliment! Little did they know it was shot in rainy Newhaven in an old warehouse."

There are two endings on the DVD. Why did you decide on the ending you chose? (I will spoiler-protect your answer!)
"Lucas and I talked and debated for hours on which ending to use and went with the one we did just because we both felt the film may lose some of its impact if you suddenly introduced lots of other characters at the end. I think of all the people who have mentioned the endings it’s about 50/50 so I still don’t know if I made the right decision!"

What aspect of the film are you most proud of? What would you change if you could?
"I like to think that it stands up as a legitimate piece of film-making and not a well-meaning low budget effort. The twist at the start of the third act is something I am pleased with but has really split the audience – some thinking it’s a stroke of genius others informing me that it’s incredibly offensive... often in not such polite terms. I think it’s the former obviously!

"What would I change? I think if I could I would have gone for a metal cage. Once again, we toyed with it for ages but decided that the wood would be so much more beautiful on film... and it is. A lot of people (yourself included) have mentioned that she could have tried to escape with a bit more vigour so in hindsight I would have added a couple of scenes early on with Gracie attacking the cage..." 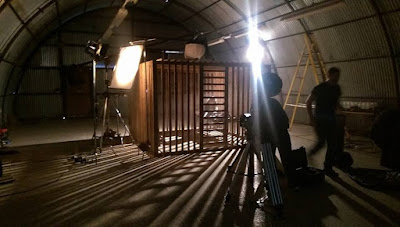 What are you working on now?
"I wrote a screenplay called The Bromley Boys which was made last year and stars Alan Davies and Martine McCutcheon. It’s about a young lad in the early '70s who supports the world’s worst football team. I’ve seen the film and it’s amazing – I really hope the footballing public agrees. I think they are hoping for a cinema release late in the year... very exciting.

"Personally, my next one will be another low budget horror called Prankz starring Betsy-Blue English – a film about a pair of YouTube pranksters who get in to all sorts of horror film trouble. We start filming in late August."