Here is the first feature from Ross Shepherd (The Kingdom of Shadows) and it’s a good’un. Shot in artistic-but-not-artsy black and white, Heathen is a dramatic thriller with interesting characters, excellent acting, assured direction, an original story, imaginative editing and excellent sound. Can’t ask for much more than that.

Although it’s not a convoluted plot, it does involve a certain amount of mystery, suspense and, in the final act, revelation and so I’m only going to give a vague, generic description of what goes on. Tom Rudd (See it Through, Missing Connection) is excellent as William, an ordinary bloke whose brother David (Steve Lorrigan) went missing nearly twelve months ago. William works for Network Rail and lives in a poky flat, he has few friends and no lovelife. Until the enigmatic Chloe moves in downstairs.

Played with an impressive French accent by Amber Coombs (Aborted Matrimony, The Deepest Sea), Chloe is an artist and takes a shine to William so that his outlook brightens up considerably. But as the anniversary of David’s disappearance approaches, odd things start happening. There is a dedication on the radio to David, purportedly from William. A calendar page arrives in the post with the anniversary marked on it. And a mysterious man (LAMDA-trained New Yorker Thomas J Grube) seems to be following William around.

Was David mixed up in something dodgy? Is he still alive? Who is this man and what does he know?

Shepherd knows just when to use conventional techniques and when to use something a but more unusual, such as speeded up footage or snappy editing. He tells a story, he tells it well and crucially he tells it cinematically.

My one criticism of the film concerns the ending. Now, it took me three goes to watch the ending. The first disc that Ross sent me, I watched half one night and planned to watch the other half the following night. But in the meantime, Mrs S took the disc out of the machine so that TF could watch Fireman Sam and left it unprotected. TF then accidentally knocked the disc on the floor so that when I tried to watch it, it was scratched to buggery.

Ross very kindly sent me a replacement disc and I watch the second half but, about 15 minutes from the end, the thing started skipping. Although I could sort of follow what was going on - there’s a lengthy flashback, showing what happened to David - I lost most of the dialogue which tops and tails the flashback. Undaunted, Ross sent me a third disc, which worked. The upshot of this is that I watched the last 15 minutes very carefully.

We do find out who the mysterious man is but we don’t really get an explanation of why he has been doing all these obtuse things like the calendar page and the radio dedication. There is some dialogue about how he doesn’t want to be implicated in what happened to David but look, either he wants to contact William or not. We also find out some things about Chloe but again, there are gaps in our understanding of her actions and the motivations for those actions. 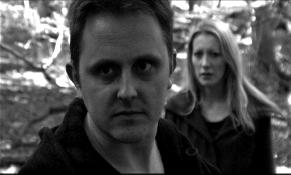 But my main beef is that the finale of this story revolves around an accident. The characters at the end are where they are, know what they know and have the power or lack of power that they have - because of an accident. The situation is not corny. It’s not some deus ex machina plot twist - Ross Shepherd wouldn’t do anything that cheap. But as the credits roll, things have worked out well for one character, badly for another. And the one for whom things have worked out well, although they worked to a plan, could not have incorporated into that plan the accident which brings everything to a head.

Which leaves the viewer wondering what that character would have done without this fortuitous turn of events. Where was their plan going before it changed direction. It’s frustrating and distracting which is a shame because that’s the only thing wrong with the film, and it’s fairly minor.

There is nothing wrong with incorporating an accident into a plot, but it should be at the start of a film, to set the plot in motion. So that if any viewer says “Well, what if that had never happened?” other viewers can say, “Well, then there wouldn’t have been a story and they wouldn’t have made a film about it.”

But an accident at the end, even when it’s not deus ex machina, cheats the viewer. Once a plot starts up, everything should follow naturally from everything else. Even if things seem to come out of left-field, they should subsequently be rationalised by our understanding of what really happened.

This is a minor criticism of Heathen but I believe it’s a valid one and it stops the film being quite as good as it could be. But it is still excellent, a very fine slice of independent cinema. It is serious, it is dramatic, the characters are believable and sympathetic. Production, direction, acting and editing (by Shepherd) are all top notch, as are cinematography (also by Shepherd) and sound. Someone named Wilx, who has scored shorts such as Red Letter Day and Ella’s Dream, provides an atmospheric, often quite minimalist score. The sound design and mixing was done by Byron Bullock whose other credits include the commentary track on the recent Redemption DVD of Hunter’s Moon. 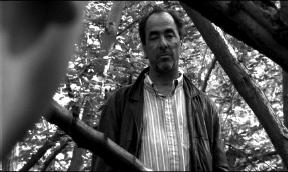 The small cast also includes John Hoye (who was in an episode of Allo Allo and a stage production of RUR) as William’s friend Josh, Steve Lorrigan, Grant Tulley, Paul Gravett and Charlotte Mead plus co-producer Jamie Tighe and Shepherd himself in cameo roles. Tom Rudd shares ‘story’ credit with Shepherd. And that is pretty much the sum total of the credits.

I was very impressed with Heathen, just as I was with The Kingdom of Shadows. I hope this gets lots of festival play and leads onto bigger and better things for Ross

Email ThisBlogThis!Share to TwitterShare to FacebookShare to Pinterest
Labels: 2009, UK