I interviewed Ross Shepherd, director of The Kingdom of Shadows, at the 2005 Festival of Fantastic Films where it won the award for Best Short Amateur Film. With Ross at the festival was his friend Charles Henry Joslain who worked on the film as assistant director. 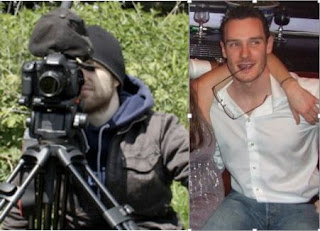 Was this film a student project?
RS: "Yes, this was our graduation film from the Surrey Institute of Art and Design. It was our third year piece.”

What sort of instructions or limitations did you have?
RS: "It was quite open really. We were asked to make a maximum of twelve minutes film - obviously ours went over that already. The criteria is to make a 12-minute short film which can be fiction or non-fiction. The tutors are looking for the film to have a social context of some kind.”

What 'social context' does your film have?
RS: "It’s all about escapism. The idea was taking the Lumiere films and the reaction that those films would have created in the public when they first came out, the sense of awe and wonder of cinema, and mixing that with a childlike curiosity and anticipation and loneliness that comes from the relationship between the boy and his mother which is obviously a bad one. He’s isolated in his life and the escapism comes when he discovers this kingdom which is his own. No-one believes him.

“I was looking for some way to pay homage to what the Lumieres did by discovering film. Alex’s reaction to the kingdom is supposed to pay homage to what the public experienced when they first saw a moving image. He has found a kingdom which is his own. It’s strange and it’s eerie but he escapes from mundane living. He’s a lonely child. His mother has a job and it’s obvious that she wears the trousers in that relationship. There’s probably something about modern day families in that. He’s an only child, doesn’t have brothers and sisters. He’s attention-starved maybe and he needs somewhere to escape; that comes in the form of film and film history. It was designed to link together in that way.” 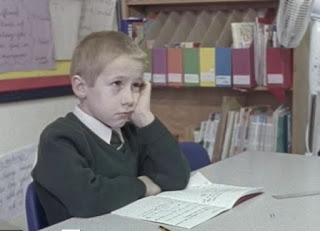 Charles, did you make your own film with Ross as 1st AD? How does it work between you two?
CHJ: "I guess the first time we worked together was on Ross’ first independent project from school. Then we did a project, which I wrote and directed and he was my first AD. Then we switched back for Kingdom of Shadows. And just before last summer he wrote a project called The Man on the Stairs which I directed which was another totally independent project. So basically, it’s hard to meet people you get along with well and it’s hard to keep friends on a set. A lot of our friends say, ‘It must be great to make a film with your friends.’ No man, it’s not great. You just lose friends on a film set. So it was a great thing to work together.”

RS: "We were delegated to groups as part of the course and Charles was not officially put in my group. But we’ve always worked together from the first films we ever made to this and I knew that I wouldn’t want to make the film without him. We’ve always done everything together.”

Is it better to have that hierarchy of director and 1st AD rather than trying to be co-directors?
RS: "I believe it is.”

CHJ: "I think it’s better. If we’re co-directors we’re just going to end up arguing about things. The way we work together is: we have the same eye, although sometimes different vision. We know what works. On the other hand, sometimes with the pressure I’m going to forget about something, if I’m the director on the film, and he’s going to say ‘What about this?’ Other times, if he’s the director, I might say, “A dolly here could help...’ We’re not trying to compete against each other - that’s not the point. We’re complementary. I see it this way: we work together very well without having to compete with each other. We don’t have anything to prove. We’ve already proved that we get along well.”

RS: "We share the same taste in film, which is how we became friends. That was how we ended up working together.” 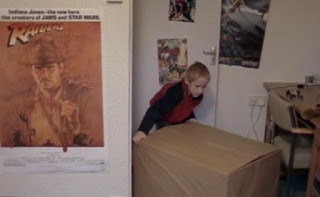 Are you fans of early silent cinema?
RS: "Yes, I was a big fan of Porter at film school: The Great Train Robbery and so on. The inspiration for this film came when I was researching for an essay on film theory and I came across the Maxim Gorky quote ‘Last night I was in the kingdom of shadows...’ which is at the end of the film. That quote sparked something inside of me and I thought: the way he described seeing that first film is such a great description, so imaginative and so powerful. That was the premise for the film.”

You shot on 16mm which is increasingly rare nowadays.
RS: "Yes, I thought that was important because we were making a film about film and if we shot that on video, something would be wrong there. We’re supposed to be paying homage to the fathers of film so we should therefore surely use that format. It proved to be a great expense, shooting on 16mm, and there were quite a few frantic calls to Kodak when we were running out of stock each day. And getting the final bill for the telecine was not pleasant.”

You were using reel ends, were you?
RS: "No, they did us a student discount on buying the stock. When it came to the telecine, first of all they offered us a one-light pass but James the DOP was adamant that we were going to get the best light and it was graded. I’m so glad we did. It was expensive but I think it was very much worth it. We had a students end-of-term screening at the NFT and on that screen you could really tell video from film. It looked so lush, it was really worth it, it was a good decision. Plus I’d never had the opportunity to work with prime lenses before as a director. I think that’s very important. James, as DOP, growing and learning about the format, he was keen to work with an array of lenses and we could really take the time to feel the scene and find the correct set-up. And you need to have that. If you’ve just got a zoom lens then you can’t do that.” 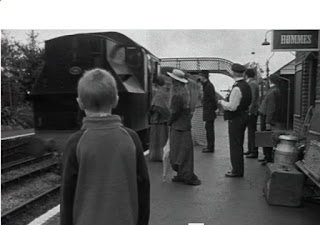 Was the black and white stuff shot on monochrome stock or digitally graded?
RS: "The whole film was shot in colour. When we came to shoot the Lumiere sequences we used a different filter. So we did some colour corrections in camera but yes, all the black and white was done in post.”

You’ve got some interesting old actors in there.
RS: "Dennis Chinnery lives local to where the film school is, near Guildford in Surrey. I was aware of him from another student project that he’d done the previous year and I thought he was fantastic in that. I spoke to the producer of that film and he gave me his details and I had a chat with Dennis, then sent him the script. He was so enthusiastic and supportive of young film-making. There was no ego or any mention of a fee or anything like that. He was a pleasure to work with and a fascinating character.”

Have you shown this film anywhere else yet?
RS: "No, only the NFT which was part of the student screening. Apparently it’s going to be shown on a Sky digital channel called Propeller Television. They e-mailed me recently. It’s a new channel which they’re planning to launch with Lottery arts funding to promote new filmmakers and the new film industry. I sent it along there and a producer there named John Offord seemed very enthusiastic about it. They’re having the launch in September so I’m not sure when it should get a screening - which will be amazing.”

Having graduated, what are the two of you going to do?
RS: "Basically the plan is to keep working, keep making short films. Whether it’s extremely short ones or slightly longer. We’ve just shot another film called The Man on the Stairs which I wrote and Charles directed. And to try and work the festival circuit as much as possible, to try and get noticed, try and get our work on TV if we can, and start sending our stuff to agents and try to get work in the industry.” 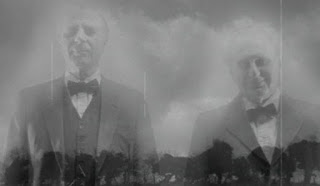 What about you, Charles?
CHJ: "Well, actually he graduated. I was officially a second year student. There’s a long story which won’t be interesting to you but basically I nicked an essay off the internet because I had other things to do, important things like making films! I forgot to write an essay, I nicked it off the web, they found out, they said it was plagiarism. Yes it was plagiarism, I’ve never denied it - big fucking deal! So anyway, now this year I will be a third year student officially so I have two projects, one which is a group project and another one which is an independent project. I wrote both scripts and they went through so I got a crew for my group project, I will get one for the independent project, hopefully Ross might be a part of both of them! Both projects will take place in France hopefully - which is where I’m from, even though I don’t sound like it. Both will be expensive I guess; 16mm again. I’m very keen on digital. You can get very impressive results with very good digital grading and digital technology nowadays, but celluloid kicks ass.”

What do you want to do ultimately? What’s your dream project?
CHJ: "Replacing Spielberg and Lucas, I guess.” 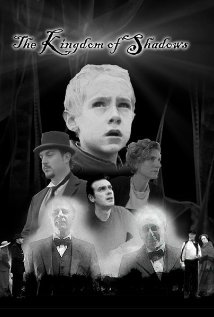 Do you want to direct shorts until someone gives you a feature or will you go in at a much lower level and work your way up?
RS: "Well, I’ve considered this highly and although obviously going in at the lower level is a tried and tested way of doing it, nowadays there’s so much competition and there’s so many runners and gophers and assistant everythings - it’s the fastest growing industry in the UK right now - it doesn’t seem like that much of a plausible plan to me, especially financially because often people don’t even get paid for being runners. So I’m going to just try to keep making shorts until they let me make a feature, until we get an offer of funding or until we can do what we want.”