Many years ago I interviewed Dave Prowse at his gym about his brief but memorable role in The Hitch-hiker’s Guide to the Galaxy. That appeared in the Hitchhiker’s Guide fan club mag. This second interview was done by phone for SFX in Feburary 1996 on the occasion of the VHS release of Frankenstein and the Monster from Hell. Of course, you can’t talk with Dave Prowse without discussing Darth Vader… 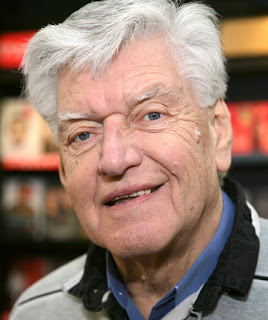 Frankenstein and the Monster from Hell was your third time as the monster, wasn't it?
“Third time, yeah. The first time I did the monster was in Casino Royale, which was the original bolt-and-neck job. The second time I did it was for Hammer, which was The Horror of Frankenstein, then I did another Hammer horror, which was Vampire Circus in 1972. Then we finished with Monster from Hell in 1973 with Terence Fisher directing and Peter Cushing playing the Baron.”

You had very different make-up in Horror of Frankenstein.
“It was a terrible job because it used to take two and a half hours every day to put that headpiece on. All the things had to be molded in with mortician's wax. It was horrendous. It meant I had to be at the studios at half past six in the morning so I was available for nine o'clock on set. Whereas when we came to do the second one, they made a complete plaster cast of my body and my head. Then what they did, as soon as I agreed to do the part, they then made the mask and built the body up on a wetsuit. Consequently I used to get to the studio about ten minutes before I was required, zip the wetsuit on, put the mask on and I was ready and available in about ten or 15 minutes, which was great.”

Was it difficult acting in it?
“Not at all. It was very comfortable actually. It was very easy to walk around in. I had no problems with it whatsoever.” 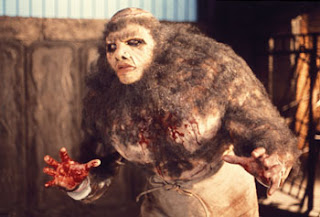 There's not much expression you can get into the face though, is there?
“Well, you see the film. There's a lot of expression comes out of the monster. It's like people say to me about Darth Vader. They turn round and say, 'You're playing behind a mask,' and all the rest of it. But it's amazing what you can convey through body movement and hand positioning, or just the movement of your head. Exactly the same applies to the monster. The eyes were very expressive. It was my own eyes, obviously. It was surprising how expressive you can get. At one stage the monster actually breaks down: a very touching little scene, when he smashes up the violin and breaks down.”

Was it thought of as the last in the series?
“Oh no, not at all. Nobody had any idea that Hammer were going to fold up. Obviously Terence Fisher was right at the end of his career. He wasn't a well man when he did it. He was on walking sticks while we were actually filming. You could tell he wasn't a well man, but he was a lovely guy.”

Did he do either of your other Hammer films?
“No. The first one I did was with Jimmy Sangster, the second was with Robert Young.”

Are you pleased to see it finally out on video?
“Yeah, I am, I'm looking forward to it. I'm amazed at the amount of interest that's been shown. I just had a call from Inverness. They want me to go on Scottish radio, and I'm doing the Ann and Nick show. Loads of press, television and radio interest. I'm amazed by it, to be perfectly honest.”

How's your Hammer House of Horror marketing coming along?
“Not very well. We haven't done very much with it, to be perfectly honest. We've launched a range of model kits. I think we've got three out at the present moment. Our first one was Oliver Reed's Curse of the Werewolf. Then we followed that with The Reptile. We did one of Dracula at one stage and we weren't very happy with it. I've got a feeling that we're going to launch the Dracula kit again. Now we've got things like trading cards, telephone cards, computer games. There's quite a few things on the market now. And we've got posters coming out. They're specially designed. An artist in America - called George Bush, would you believe? - has done some fantastic artwork for some posters for us. These are all going to be available quite soon.”

Have you heard whether anybody's bought up the old Hammer Horror mag?
“No, I haven't actually. It was produced by Marvel, and we've been waiting to see whether anybody has actually taken the magazine over.” 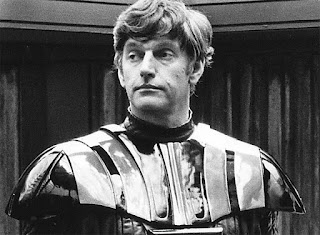 The other interesting thing is this Star Wars video game.
“That's coming out in April. That was produced by Hasbro. What happened there was that the Hasbro people decided that they were going to come out with an interactive game. It was about 50 minutes, all Darth Vader, and they decided they wanted me to play Darth Vader. So they got in touch with Lucasfilm, and Lucasfilm were under the impression that I wasn't walking very well. I had this problem with my ankle. Well, I had a hip problem for starters, then I developed arthritis in my ankle, and at one stage they wanted to take my leg off. I had all sorts of problems, but I was walking around reasonably well, albeit with a caliper and surgical boot.

"Lucasfilm decided they wanted me to do a screen test to play Darth Vader. I thought it was quite funny, actually, having a screen test to play the role that you created. Anyway they came to the gym and then they filmed me walking around in an empty room up on the top floor. And would you believe - Lucasfilm rejected it! They said I was limping too badly. Then the Communicator people, the company that filmed the game, they got back in touch with me and said, 'Look, Hasbro and us definitely want you to do Darth Vader. We don't want anybody else to do Darth Vader. We've already got the voice of James Earl Jones. He's already gone into the studios and done the voice. Would you do us a favour and do a second screen test? But please, please, please, try and walk without limping!' 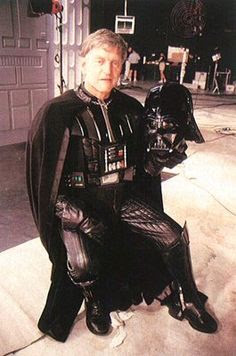 "So they came to my gymnasium again and I walked around upstairs. They went back to Lucasfilm and Lucasfilm said, 'Fine, lovely, everything's okay.' So in July of last year we filmed this thing. We filmed it in two days and worked from eight o'clock in the morning to about half past ten at night both days. It was a real hard slog, and it finished up with 50 minutes of nothing else but Darth Vader giving instructions to the kids. it was interesting because it was me acting to James Earl Jones' voice, whereas before, James Earl Jones supplied the voice to my acting. It was super. They've got all clips from the films and it looks really good.”

Have you got any more projects lined up?
“I'm off to America in March to do a big science fiction convention in Washington DC. At the present moment we're waiting to hear from an organisation in America that's trying to organise what they call a 'Men Behind the Masks' tour. With a bit of luck, if it all comes off, I could be spending the next year, eighteen months touring the world, in connection with the 20th anniversary of Star Wars.”

You worked with Peter Cushing on Monster from  Hell and on Star Wars. Have you ever worked with Christopher Lee?
“No, I haven't. I know him. We've met a few times but I've never actually worked with him. Although years ago... Do you remember Celebrity Squares? I used to carry the money in. For the first 39 episodes of Celebrity Squares, I was the man who carried the money in. What happened was they asked me if I would do it and they said, 'We're going to make a big thing of this, of you bringing this thousand pounds in. One week we'll do it with you dressed up as a pirate with all the money in a chest. Another time, you can come in as a security guard with all the money in a briefcase. And so on and so forth.' 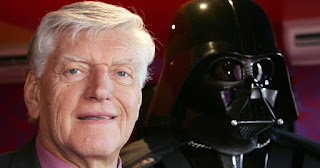 "So I went up to the studios to do the first one and Bob Monkhouse decided that he didn't want me to have any of his limelight. He told them that they had to zoom in on the case, and all you ever saw, from the first one onwards, was my hands on the briefcase with the thousand pounds in. That was it. But I did 39 episodes. And what used to happen was Christopher Lee used to come up and be on Celebrity Squares every so often. We used to sit down and chat and we've been pals ever since. But I've never actually worked with him.”