Where Seagulls Cry a Song

Where Seagulls Cry a Song is a supernatural/psychological thriller about past life regression that ends in murder and rape. No-one seems to have ever reviewed it, commented on it or otherwise acknowledged its existence since it was made six years ago, and only 115 people have actually watched it online. This is a shame as it’s an original and generally well-made little movie with some clever ideas. 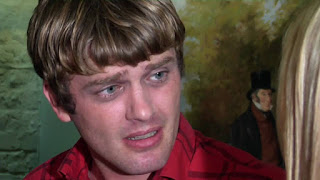 Eddie (Anthony Mark Streeter: Stormhouse, Bait) is an auditor who has taken on a new job that requires him to stay at a hotel near the sea, converted from an old manor house. He’s experiencing recurring dreams about having lived there in Victorian times, dreams which gradually impinge on his waking moments until he has difficulty distinguishing which reality/century he’s in and who he’s talking to. The twist is that his past life was a woman, Ada (Anita Constantine: The Snatching) who lived there with her domineering brother Richard (James Tweedy: Cold Blood). Ada falls in love with a writer (Graham Price: Intergalactic Combat) but Richard wants to rescue their strained financial circumstances by forcibly marrying her to old, fat, rich Mr Perkins (David Lee aka Daniel Jefferson, who was in Dark Rage, Dark Journey and The Dark Knight!). 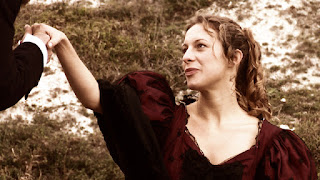 As Eddie finds himself increasingly in love with Nicholas, he comes to doubt his own sexuality, as does his justifiably suspicious wife Denise (Sarah Bull) who thinks her husband is going mad or having a homosexual affair or both. Adding a further level of complication is that Eddie is also perceiving memories from another past life, albeit to a lesser extent. This is Elizabeth (Leoni Kibbey, also a casting director and organiser of the St Albans Film Festival), a 1940s nightclub singer. And – this I particularly liked – Elizabeth is worrying her beau George (Stuart Blackburn) by also having trace memories of her life as Ada. Which makes sense: if Eddie was Ada and Elizabeth in past lives, then by simple Boolean logic Elizabeth was Ada too. A motif of yellow flowers binds these three lives together and is explained at the end. 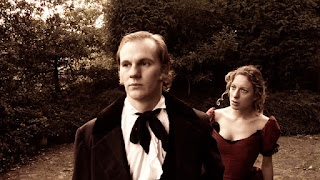 The acting’s generally good here and Streeter does a solid job of being feminine without being camp. The photography is flat and shows the tiny budget, and the sound mix is too quiet in places, but the way that the different time-frames are cut together within and between scenes is bang on the money. This is that rare thing – a film where you leave the theatre whistling the editing.

Not everything works. There are unavoidable anachronisms. For example Elizabeth meets George when they both shelter from an air-raid in a Tube station (a scene filmed at the Churchill Cabinet War Rooms) but there’s no-one else there. And they leave when the siren stops rather than when the All Clear sounds. And the aeroplane silhouettes representing the approaching German bombers are quite clearly four single engine fighters and a Lancaster. 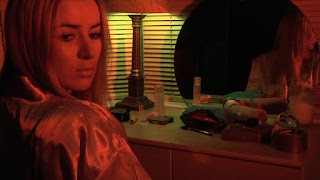 In fact now I come to think of it, it’s probably the Battle of Britain Memorial Flight. The point is that a Lancaster looks nothing like a Heinkel or a Junkers, but this is a microbudget picture and the film-makers did what they could with what they had.

More problematic is the script’s use of extensive narration. Far too much of the story is explained to us by Eddie’s voice-over, to the extent that this sometimes seems like a dramatised book-reading. There’s an old saying ‘Show don’t tell’ but it doesn’t look like Rendic and Rayment got that memo. There is also an unexplained sequence early on when Eddie dreams himself in a Regency frock coat with blood on his hands. I kept waiting for some pay-off there and it was never mentioned or referred to again. 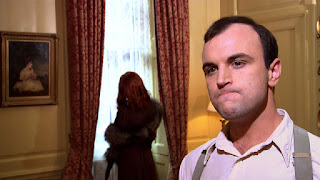 Jason Rayment works mostly as an editor, his credits including Community and Ibiza Undead. This appears to be Bernd Rendic's only credit. An interesting and original feature, Where Seagulls Cry a Song played a few festivals in 2009/2010 - and picked up a few awards - before being posted onto YouTube in May 2010. It's split up into ten segments of eight to nine minutes each. Irritatingly the last one cuts off just a few seconds before the actual end of the credits.