I interviewed Sabina Sattar, producer of Summer Scars, when I visited the set in August 2006. 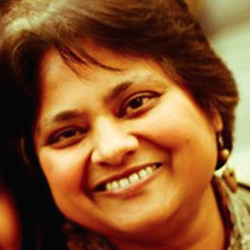 Was this something that Julian Richards brought to you? How do you know him?
“This is something Julian brought to me. I’ve never worked with him before; I’ve produced short films before. I met up with Julian, he was looking for a new independent producer, had a chat with him, got on really well - and a few months later he said, ‘Would you like to produce?’ So here I am.”

Had you seen his earlier films?
“I saw The Last Horror Movie which was really good, really cool. It had some really dark moments and Kevin is a really cool actor. So I was really looking forward to doing this. I’ve never really worked on a horror thing before. I know Julian’s reputation. He didn’t tell me anything about the script so when I read it I was pleasantly surprised. He said it was dark but you really got to know the kids in the script and you really wanted them to get out of that situation. And I’m glad it’s a happy... well, I don’t want to give it away! I felt: yeah, good for the kids!”

Where has the funding for this come from?
“It’s part-financed by the Arts Council of Wales and by several independent production companies, so half and half really.”

Have you been involved in assembling cast and crew?
“Yes, pretty much so. Julian had been holding casting auditions for months before I came on board. I came along at the tale end of the auditions and I saw Jonathan who plays Paul. I saw his audition and I saw Chris who plays Ben, his audition, and Ciaran who plays Bingo.” 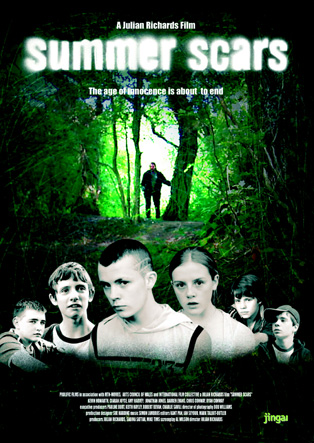 The characters are meant to be about fourteen.
“That’s right. Ciaran who plays Bingo is eighteen but fortunately he’s got a very young-looking face and it just turned out that he was the best actor for the role. We tried, Julian especially tried looking for someone of that age to play that character. But they weren’t coming up to the quality of performance that Ciaran can give.”

There must be legal matters relating to working with a young cast.
“That’s right. You’re only allowed to work kids under sixteen for seven and a half to eight hours; there’s a bit of leeway. There’s a chaperone for those kids at all times on set and they call the shots. They can give us a little bit of leeway but usually when they say, ‘Kids go home’ - they go home.”

Having read the script, there’s a scene towards the end where the kids have to strip off. Obviously you won’t show anything but that’s going to be possibly problematical for the censor. Do you think there’s any danger of that?
“It’s dependant on how it’s shot, obviously. And it’s very sensitively shot. There’s always going to be people who say ‘You shouldn’t show this’ or whatever, but it’s an artistic expression of somebody’s work. So whilst you have to be sensitive to the issues, you’ve still got to get the film shot in the way that it was written. It’s kind of a balancing act and hopefully we’ll have achieved that and allowed the real intent of the script to come out.”

What sort of rating do you think you’ll get?
“I think 15 would be good. There’s nothing really violent or gory, there’s no drugs or anything. It’s very much a coming of age film, really, so apart from those few incidents that you mentioned, it should get away with a 15.”

So how has production been going so far? Are you on schedule?
“Are we on schedule? No is the short answer. Obviously there’s trouble when you’re filming completely on location. We’ve been unfortunate with the weather, very unfortunate. We were flooded out yesterday on the set. Fortunately we’ve managed to channel all the water away and we had other areas that we could film so we didn’t waste the day but we didn’t get to shoot all we were supposed to shoot. 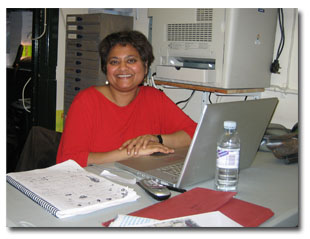 “Also there’s been various sound issues. It’s always the way: when you check out a location it’s perfectly silent as a graveyard but when you come in with the cameras every Tom, Dick and Harry’s got their lawnmowers out. Construction work going on, loudly hammering. It’s one of those things and you just have to work around it. That has made us drop scenes and stuff, but we’ve got light days coming ahead so we’re hoping to pick those up, weather permitting.”

When will the film be ready for viewing?
“I think our delivery day is the end of October so hopefully by then.”