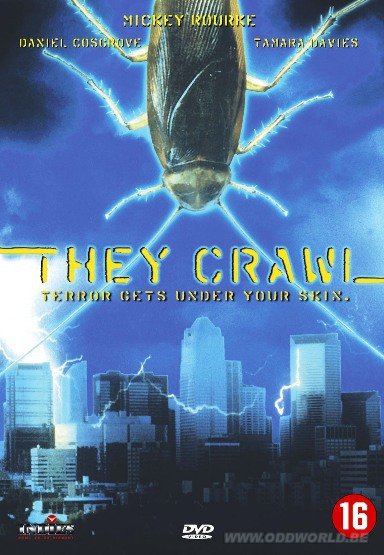 Daniel Cosgrove (Valentine) stars as Ted Cage, investigating the mysterious death of his younger brother Brian. The police believe Brian was just a drug dealer who accidentally burned down his apartment, but Ted finds evidence that he was involved with a sinister cult, Trillion, and also with some top secret military research. Tamara Davies (Area 52) is Gina O’Bannon, the cop who believes him, and Dennis Boutsikaris (In Dreams) is Brian’s university professor. Meanwhile, the police are investigating a series of bizarre murders, apparently carried out by the Trillion cult - but we know that roaches are somehow involved.

Director Allardice’s background is as a Visual Effects Supervisor with Foundation Imaging, so one might expect that he would let the effects swamp the story, but in fact for the most part this is a tense thriller, with just enough background weirdness to keep the viewer hooked. It’s almost like an X-Files episode - a good X-Files episode, that is, when they used to do monster-of-the-week shows. 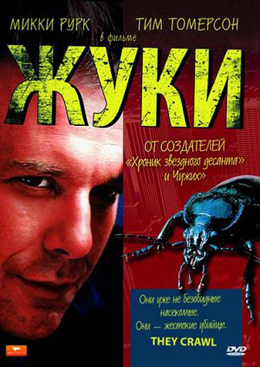 The deadly power of the roach hordes is glimpsed once or twice before the third act, when the action starts to really build up, leading to an absolutely barnstorming denouement that is pure ‘wow!’ In fact, it’s almost a shame that this final idea is over and done with so quickly; there’s a whole other movie there (They Crawl II?).

The acting is strong from all the leads, with some effective supporting characters, notably Ken Lerner (Principal Flutie from Buffy) as a coroner and Grace Zabriskie (Sarah Palmer from Twin Peaks) as Ted’s mother. There are cameos by Tone Loc (as a gangster), Mickey Rourke (as a cultist) and Dollman himself, the great Tim Thomerson (as a bug exterminator). Writers Joseph and Mason also wrote one of Jim Wynorski’s latest, Project VIPER. The bug effects are mostly CGI care of Foundation Imaging, as one would expect, although a Roach Wrangler is also credited. They Crawl is a surprisingly intelligent - and enjoyable - Little Bug Movie.