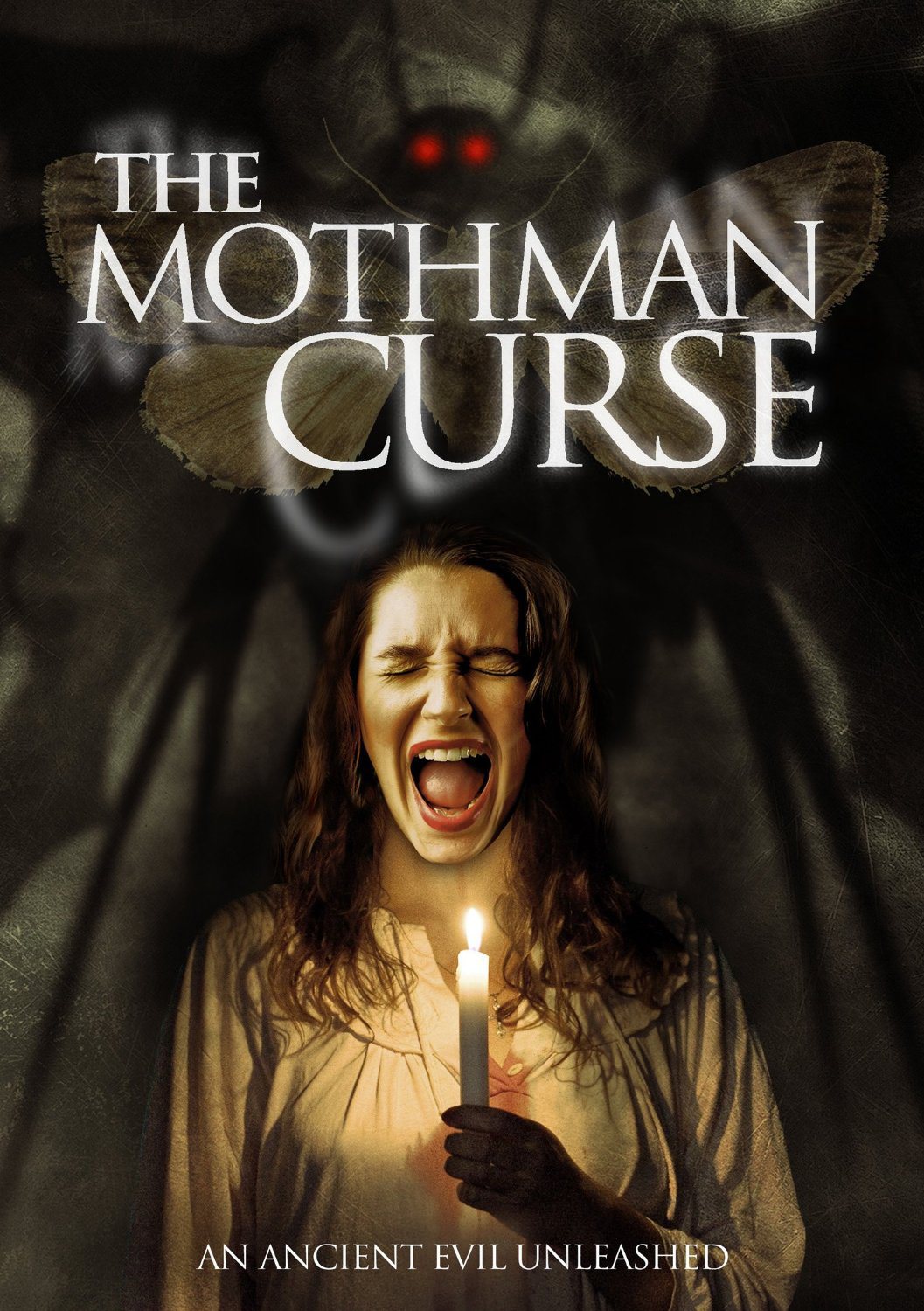 Richard Mansfield continues to redefine the limits of contemporary British horror with his latest feature. Mansfield, regular readers may recall, is the creator of feature-length shadow puppet fairy tale Wolfskin (plus numerous similar shorts) and historical LGBT spook story The Secret Path. For The Mothman Curse, he has taken the idea of lo-fi film-making to extremes and shot the bulk of the film on a CCTV camera purchased for a tenner from Woolworths. It makes for a unique viewing experience.

The actual plot is, as with Mansfield’s other features, somewhat nebulous. Rachel (Rachel Dale) and Katy (Katy Vans, who voiced a couple of Richard's shadow animations) are friends who have landed a job sorting and cataloguing a massive collection of film publicity material at London’s Cinema Museum.

Now, I had not previously heard of the Cinema Museum, possibly because it’s not so much a museum as an archive. You can’t just turn up and look around, though they do hold events. It’s basically a vast collection of stuff relating to cinema and cinemas. Including not just posters and lobby cards and the like but also commissionaires’ uniforms, popcorn kiosks, no smoking signs and all manner of ephemera. There are boxes and files stacked everywhere. The chance to explore something like that would be any film fan’s dream. 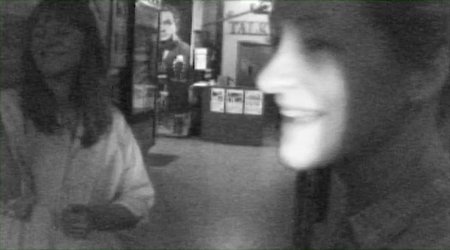 Katy and Rachel are clearly not film fans per se, which is probably a good thing because otherwise they would never get any work done. Rachel knows Stephen (Stephen Glover), proprietor of the museum who lets them in and sets them to work among the filing cabinets.

A prologue and flashbacks (dream sequences?) shot on colour 8mm film show Rachel at the seaside (St Bees in Cumbria to be precise) where she found something on a beach. Possibly an antique whistle. This has brought some sort of demonic entity with it which now starts skulking around the Cinema Museum, haunting not only Rachel but increasingly Katy too.

That précis vastly oversimplifies and massively underplays the nature of this spooky and disturbing feature film. The ‘mothman’ (played by Mansfield’s husband Daniel) is seen only as a dark, humanoid figure with glowing eyes and two points sticking up from its head like the ears on a Batman cowl. Mansfield’s skill lies in the subtle ways he inserts the mothman into the film, sometimes glimpsed by one of the women (though never both), sometimes seen only by us. 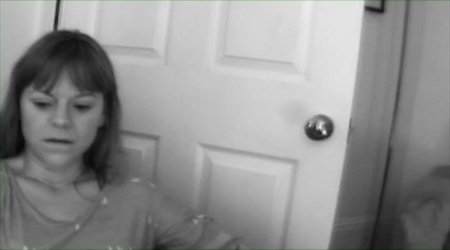 Other elements are used to gradually ramp up the spookiness, including mobile telephone rings and a mysterious knocking on the door. There are scenes at the women’s homes (with Darren Munn as Katy’s husband) and there are shots inside and outside the museum (which is based in an old Victorian workhouse where, coincidentally, young Charles Chaplin and his mother were briefly residents).

The use of the CCTV camera, with its very grainy, monochrome footage adds immeasurably to the tense atmosphere of the film. There being no viewfinder on the thing, Mansfield had to shoot the whole affair ‘blind’, trusting that he was pointing the camera in the right direction. In the night-time scenes, a single circle of light hovers in front of the lens, panning as the camera pans. The effect is extremely spooky. Sometimes Mansfield plays about a bit in post, freezing the image, zooming in – which of course only adds to the graininess. 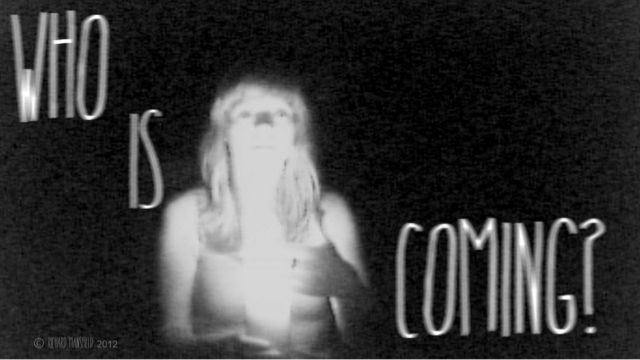 Now at this point in the review, something may be niggling at the back of your mind. Something you read a couple of paragraphs back. Something about finding a whistle on a beach. If I tell you that The Mothman Curse was previously entitled Who is Coming, maybe that’s another clue. All right, I’ll tell you. The answer is ‘MR James’. And the question is: who or what is the biggest influence on this film?

You may recall that in ‘Oh Whistle and I’ll Come to You My Lad’, a man finds a whistle on a beach, engraved with a Latin motto which translates as “Who is this who is coming?” – and indeed the phrase “who is coming” is heard quietly on the soundtrack of this film. Mansfield is a huge fan of the old BBC Ghost Stories for Christmas, most of which were Jamesian adaptations, and the influence of Montague Rhodes James seeps throughout The Mothman Curse. It’s in the prosaic, very English ordinariness of the characters and their domestic lives, but it’s also in the cramped, somewhat chaotic, dusty rooms and corridors of the Cinema Museum itself, redolent of the university or church archives and libraries which so often featured in James’ stories. It’s certainly there in the don’t-look-behind-you, shivers-down-the-spine creepiness of the situation and the narrative, which is far more disturbing than a simple ghostly haunting. 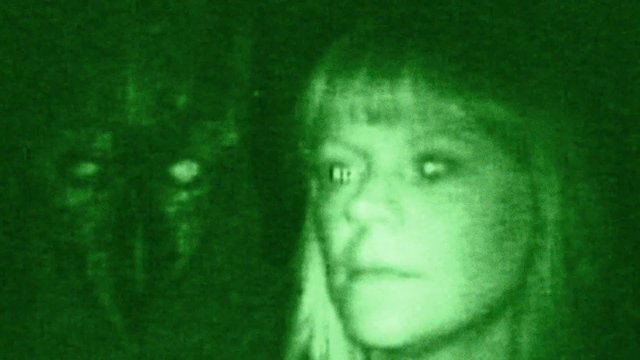 The film was actually shot back in 2013, before Wolfskin or The Secret Path, as Owlman – Richard presumably later decided that a mothman was scarier – and carries a 2014 copyright date. Wild Eye Releasing put the film out on DVD/VOD in April 2015 with a sleeve that can’t in all honesty, be said to bear any resemblance whatsoever to any aspect of the film. The character of the owlman/mothman was first used by Mansfield in 2013 in his 90-second animation There’s Something at the End of My Bed which was submitted to Virgin Media Shorts and is included on the Wild Eye disc. A second short on the disc, You Suck, isn’t a vampire film but instead a shadow puppet version of the story of Suck-a-Thumb (archly narrated by Daniel under his pre-married named of Daniel Marlowe).

Bizarrely, the US disc seems to have been pipped to the post, by just a few days, by an Argentian release entitled La Maldicion del Hombre Mariposa. If this image is accurate and untampered with, the back of the sleeve features not only unrelated photos but also the credit block for the Hollywood movie Maps to the Stars! But it does have the Mothman Curse synopsis in Spanish on there too... 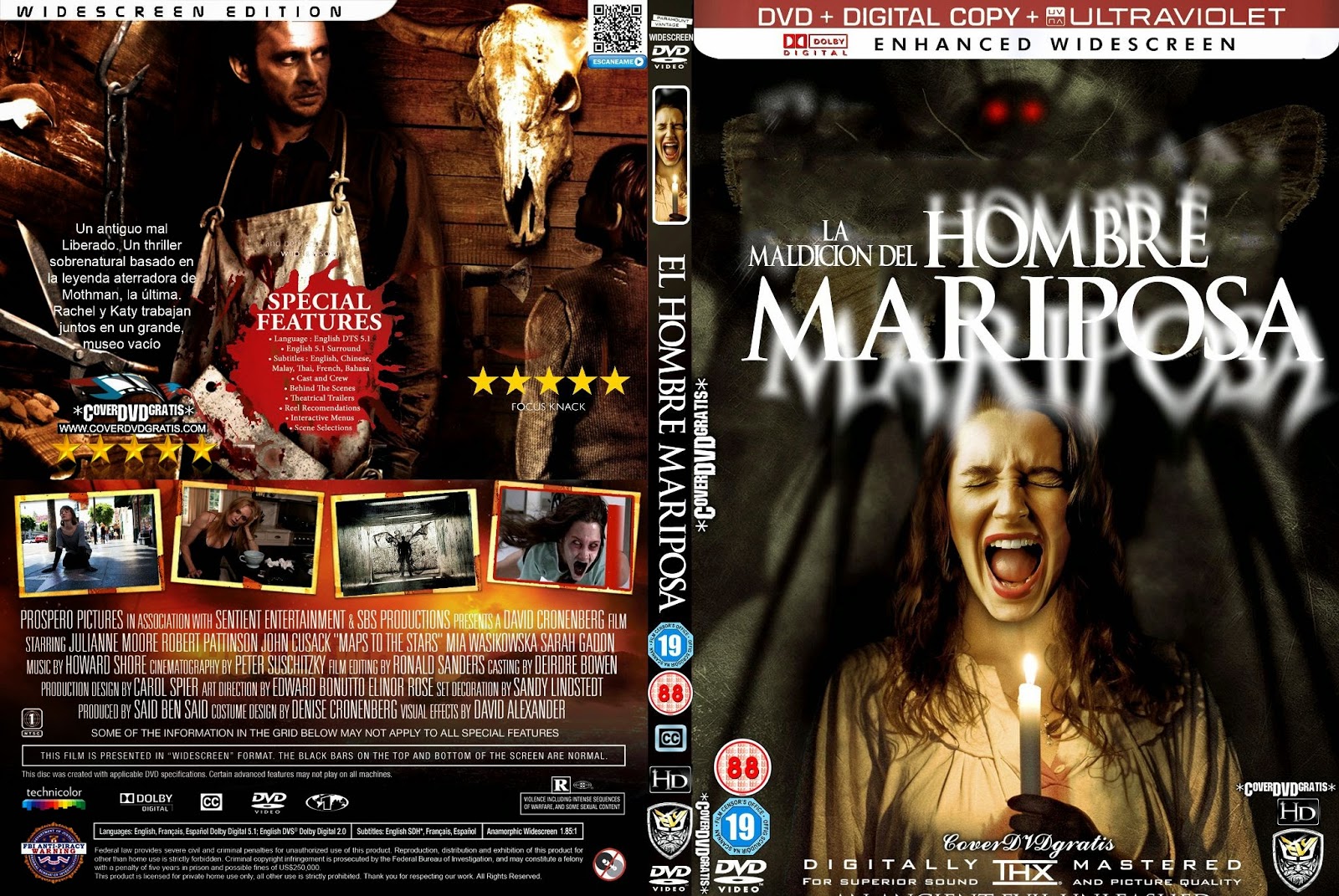 Daniel Mansfield’s gay vampire film Drink Me (produced by Richard, and with Darren Munn in the cast) was released around the same time as The Mothman Curse, and another feature Video Killer (also with Munn) is in post. Meanwhile, at time of writing, the ever busy Mr Mansfield is currently working with shadow puppets again, adapting MR James’ story ‘Count Magnus’.

The Mothman Curse won’t be to everybody’s taste, and is almost certainly going to generate some negative reviews from disappointed punters suckered in by Wild Eye’s packaging, but for MR James fans and anyone else who appreciates something genuinely spooky, it’s very much worth tracking down.