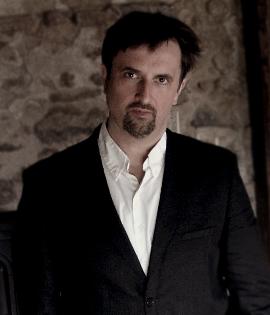 To what extent, in your opinion, is Vampire Diary a horror film and to what extent is it a gay romance?
"It’s more of a horror film than a gay romance. It was always intended as a drama that reveals how far people are willing to go once they find out that there’s a subculture that may or may not be fictional. Holly does fall in love with Vicki during the process but it’s not primarily a gay love story. It’s much more of a horror film with a romantic element to it."

Obviously there are a million straight-to-video lesbian vampire films out there but all the others are trashy soft porn, so was it tricky marketing this and explaining it to people who might make assumptions?
"Well yes, there’s the title as well and that genre does come with baggage. We were trying to do something a little bit more interesting than your straightforward, bodice-ripping, lesbian, get-your-tits-out kind of movie - which we’re totally set against. Obviously the style we shot it in has been done a bit as well. Since we made Vampire Diary, Cloverfield’s got a similar kind of vibe and Blair Witch and stuff. But we did try to steer clear from too many parallels with the cheesier element of the genre. At the same time, we’re playing with expectation that people have with that particular genre. I think this is a much more modern, much more hip take on that."

There seems to be a coming together this year of things like Cloverfield and Diary of the Dead and in fact in the UK you came out within a couple of weeks of The Zombie Diaries. Were you aware, when making it, that there was this increased use of the found footage genre?
"Not particularly. Obviously we were very aware of Blair Witch Project. But the story came first and it was always intended as a sort of documentary within a film. A lot to do with the fact that that was a nice way into the story, it suited the narrative - but also we could shoot it on a smaller budget. It allowed us a certain amount of freedom although, saying that, it is actually really hard to shoot something like that. It means you’re shooting very restricted angles. You can’t cut away to reaction
shots as you would normally do in a regular film for example. It’s totally dictated by who’s pointing the camera where.

"And also logistically it’s very difficult because you can’t hide your lights anywhere because you’re normally shooting 360 degrees. Actually it’s not a cheap way out. So we didn’t steal any ideas from anybody, we just felt that this was quite an interesting way to tell this particular story. We’re not doing that for the sequel, we’re doing it much more straightforward, I guess you’d call it conventional filming. So it’s not a documentary within a film for the second one." 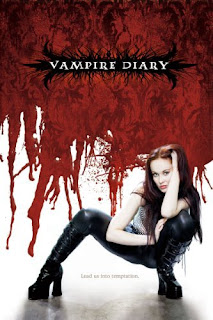 What can you tell me about the sequel?
"We’re starting to develop it now. We’ve got a script. We’ve just shot a teaser for it, raising finance for it because the first one went down quite well, so we’re doing a second one. I’ve always complained that British producers and production companies don’t take advantage enough of successful first films and don’t make sequels. Where’s The Full Monty 2, for example? And obviously horror always lends itself to sequels and franchises and stuff. So we’re quite keen on doing a second one. We shot a teaser, as I said, for it recently down in a nuclear bunker in Essex. So it’s looking good. We’d like to get Anna Walton to reprise her Vicki role but obviously Anna’s going off to do great things at the moment so it might be tricky scheduling-wise."

I met her when I was down on Mutant Chronicles so if that takes off, that will raise her profile.
"Yes, but before that comes along Hellboy 2 is coming out soon and she’s got a big part in that. I think the premiere’s just happened or just about to happen. So her star is definitely ascending. She’s now taking the female lead in the new NBC multi-multi-million pound Crusoe TV series."

Ah, that’s being written by a mate of mine, Steve Gallagher.
"She plays Mrs Crusoe."

A character not heavily featured in the original book!
"No, not a character I recall l that much! So she’s really on the way up and we’re really pleased to have got her for the first one. Hopefully she’ll do the second one but if not we’ll recast. But certainly Vampire Diary 2 is definitely on the cards now."

So it’s still the character of Vicki?
"Yes. It won’t be a straightforward sequel. There are elements of the first one - the characters are in there - but it’s more of an Evil Dead 2: ‘inspired by’ rather than following or continuing from."

So presumably the first film, even though it’s not out in America yet, must have been successful where it has been released.
"Absolutely. It’s done well, it’s got some great reviews and people kind of get it I think. It’s gone down fantastically in Germany; there must be a quite large gothic scene there. It’s coming out in France soon, it did pretty well in the UK and as you say it’s coming out in the US. So for a tiny, tiny, minuscule budget, well-intended hip little movie it’s done quite well." 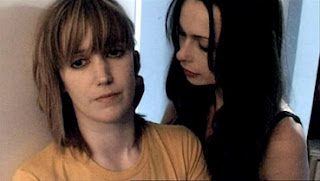 With the marketing and the festivals it’s playing, is it being aimed more at the horror crowd or gay audiences?
"It really depends which festival it’s going to. We’re kind of keen on not making it too much of a niche gay picture although it’s done well and played well in a lot of lesbian and gay film festivals. So while we’re not completely keeping it away from that particular area, it’s not something we’ll be concentrating on. I think it’s much more of a horror movie than it is a gay and lesbian picture."

How did the filming work between the two directors, Mark James and Phil O’Shea?
"The way they split it: Mark often dealt with cast much more on set, with the camera, the image and the editing; Phil, also cast but also overseeing script - he wrote it. So that’s the division if you want to talk to them about those areas."

One final quick question: in your opinion, is she or isn’t she a vampire?
"An interesting question! In my opinion - it’s not an opinion shared by the writer, by the way, she is not a vampire. She shows how a smart, intelligent, sexy woman can manipulate people into thinking certain things. And she gets away with it. There’s nothing, as far as I’m concerned, in the first one that says absolutely, unequivocally she’s a supernatural monster aka vampire. What she does is totally physical."

And we’ve only got her word for it about the whole 'pulling the teeth out' story.
"Exactly. But it’s interesting. I’ve done Q&As at film festivals and opinion is divided. Some people just buy into that she is completely monstrous and she drinks blood and she’s been alive for centuries and stuff - but others are more my way of thinking. What do you think?" 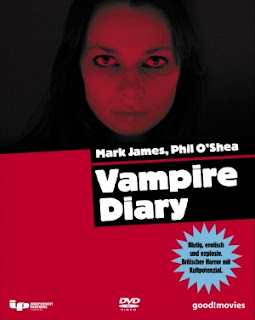 I think she isn’t but I think one of the film’s strengths is that it’s ambiguous. It’s kind of like whether Deckard’s a replicant or not.
"I guess so but there are two cuts of Blade Runner: one which makes it kind of explicit that he is and the other one is not explicit but he kind of is as well. But I think in Vampire Diary - there are no two cuts by the way - Vicki, for me anyway, she’s definitely not. But it does make it a bit more interesting that it’s ambiguous. Did you write a piece about this film and you were saying you weren’t sure whether Richard Stanley was in it or not?"

Yes, you confirmed this when we first exchanged e-mails.
"Me and Richard go a long way back. So yes, he is in it. Maybe he’ll be in the sequel but we’re not sure. But just to make it clear: he is the Spanish rapist."