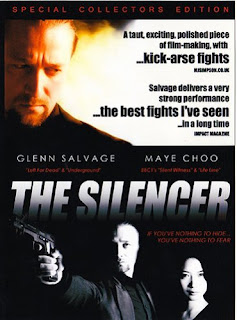 The latest feature from Steve Lawson (Insiders) is a taut, exciting, polished piece of action film-making with engrossing characters, a cohesive storyline and well-edited, kick-arse fights. I’m not sure you can ask for much more than that.

Glenn Salvage (Left for Dead, Underground, Ten Dead Men) stars as Michael Eastman, one third of an anti-narcotics team which aims to catch local gangster Sirrus Rooke (Clive Ward: Insiders) in the act of dealing drugs. The bust must be timed to the second - so where are Eastman’s colleagues Chris (Chris Jones: Soul Searcher) and Richard (writer-director-producer Steve Lawson) when the moment comes?

Well, it transpires that they’re both as crooked as a nine-bob note and hoping that Rooke’s goons will dispose of the honest 33 per cent of their team before he finds out what is going on. However, though thoroughly shot up and left for dead, Eastman survives - sort of. A doctor (Vimal Stephens: Animals) explains the situation to him, when he is ready to leave hospital some time later. He cannot speak - vocal chords shot to hell; he cannot feel pain - which is handy in a fight but means he can’t tell if he is seriously injured; and although he can walk, one solid thump to his lower back will leave him paralysed. 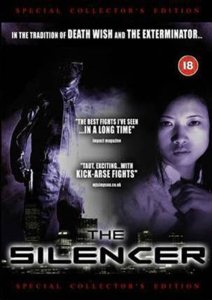 Returning home, Eastman finds that his wife Lily (Maye Choo: Silent Witness, Blood Ties) has now shacked up with Richard. His boss Ginty (Jim Clossick) finds him a grotty bedsit and provides a phone which he can use to text people. Ginty and Richard both do their best to make Eastman feel guilty, assuring him that it was his timing that was off and he was responsible for screwing up their only chance of nailing Rooke.

But Eastman is determined to get to the bottom of all this, to find out who set him up and why. He pulls on his leathers and his helmet, gets on his motorbike and before you know it he’s a subway vigilante. Small-time dealer Danny (Kevin Gash) and his thugs are getting ready to rape a Chinese girl (Christine Yung) when a mysterious, silent figure turns up and kicks seven shades of shit out of them. With its symmetrical framing and helmet-wearing vengeance dealer, this scene is basically what The Wraith would have looked like if Stanley Kubrick had directed it.

Writing and editing keep the film tight and to the point (75 minutes). It’s a clever and well-crafted take on the mysterious vigilante subgenre which could so easily have descended into sub-Batman exaggeration but instead stays rooted in the real world of thugs, dealers and bent coppers. Great fight direction (mostly by Simon Wyndham, one scene by Chris Jones) and remarkably accomplished cinematography (also by Wyndham) combine to make the film look much, much better than its budget suggests it should. 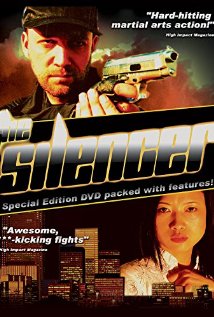 The downside is that some of the acting is, frankly, no great shakes (you might think I’m one to talk if you’ve seen my brief role in Insiders). There’s a lot of aggression and threat in the dialogue which is diluted by performances that often don’t seem aggressive or threatening enough. Perhaps the unavailable luxury of rehearsal time or even workshopping would have helped. A notable exception is Salvage who turns in a terrific performance despite - or perhaps because of - his lack of dialogue, and Choo is remarkably good too.

That said, the fights go some way towards making up for the talkie bits. Low-budget martial arts pictures can often look like, at best, home-made training videos but the action sequences in The Silencer are extraordinarily professional in both choreography and camera-work.

This is a distinct step-up from Insiders in almost every department. It’s an excellent low-budget martial arts picture, completely independent and 100 per cent British. Well done to all concerned.