I first interviewed Michael Riley in 2008 for a feature about Vampire Diary. Four years later, in February 2012, he produced The Seasoning House, the directorial debut of Paul Hyett. While the film was shooting, Michael kindly agreed to another of my mini-interviews by e-mail. 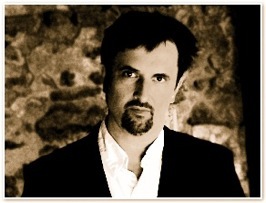 Vampire Diary is one of the few British horror films of recent years that Paul Hyett didn’t work on, so how did the two of you first get together?
“We met on my feature which was a rites-of-passage drama entitled Boston Kickout in 1995. It had a great lead cast (including John Simm, Marc Warren and Andrew Lincoln) and we were all stranded in Stevenage during the filming there, going a little crazy. There was a scene in a rough old nightclub where one of the characters ‘glasses’ another. So Paul, who was just starting off in makeup prosthetics then, came along and designed a piece that fitted on the actor’s neck. It looked suitably disgusting and as I've got a leaning towards the macabre we got on like a house on fire.

“We share a similar taste in tastelessness. That and accuracy, straight-talking and sense of humour. Paul has a great sense of humour - I guess it's part of the job. When you're surrounded in blood and guts all day long (and Paul certainly does his research - his library is not for the faint-hearted) it helps to have a laugh sometimes. Since then we've worked on countless films together. He's my go-to man whenever special makeup fx are needed. Including Vampire Diary in fact. Paul's workshop designed and built the vampire baby for the birth at the end. Nice and stomach-churningly disgusting!” 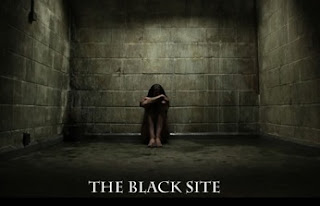 Why is now the right time for this project, The Seasoning House, to happen?
“Paul has been considering making the leap to directing for a few years, and he's run a few ideas past me. A project called The Black Site was one that immediately interested me - a dark psychological thriller in the vein of Jacob's Ladder/Manchurian Candidate - and we have been developing that for some time. We shot a teaser/trailer for it recently and I'm starting to raise the budget for it. However it is a fairly sizeable budget for a first-time director and we both came to the conclusion that a smaller scale project would be easier to kick off with. So we batted a few ideas about, had some ideas suggested by others, and the story for The Seasoning House was born.

“Paul wrote it with his colleague Conal Palmer in a creative spurt relatively quickly and instinctively, and we raised the money via an Exec Production company called Temple Heart Films within a fairly short space of time. The quality of the script, my experience and the reputation that Paul has all played a big part in getting the film off the ground. But one of the main driving forces in getting it together has been a rebirth of audience appetite for intelligent and uncompromising horror films. Recent successes such as Frontiers, Martyrs and Inside have all marked a renaissance in smart, independent original storytelling in the horror genre. That all of those films are French inspired Paul and myself to drag that aesthetic over the channel and try it with an English sensibility.

“We're both sensitive to the fact that the backdrop to the story is similar to real events that occurred in the Balkan conflict in the ‘90s during which thousands lost their lives, but we've been careful to de-emphasise any national specifics, keeping it as neutral as we can, and suggesting that such events happen wherever there is conflict. There's no mention of place or time, and we treat all the victims of the events that take place in the house in an extremely respectful way. We're treading very carefully. But we're also keen to push audiences, not to solicit their goodwill, challenge them and make them squirm. It's time the UK made more films like this. Like our next project: The Black Site, similarly uncompromising and provocative.” 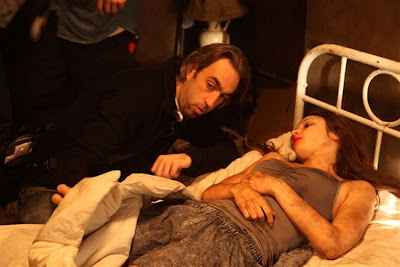 How did you assemble the cast for The Seasoning House?
“Our wonderful casting director Manuel Puro (with whom I've done a number of films) put together a perfect collection of actors for us to audition. The most challenging was the lead, Angel. She had to be very petite, young, resilient and of course a great actor. Paul and I met over 80 actresses during the process, and it was a happy day when Rosie Day walked into the room. She immediately understood the role, had extensive experience (she was the youngest actor to ever work with the Royal National Theatre) and she threw herself unquestioningly into the physical and emotional demands of the character to the extent that Paul and I knew we had found our Angel within just a few minutes.

“Sean Pertwee and Kevin Howarth were both friends of Paul's having worked with him and known him over the years. I believe Paul has killed Sean more times on screen than anyone else. And I've worked with Anna Walton quite a few times over the years, and she immediately picked up on the originality of the script and came on board. So it just happened that we have been surrounded in talented actors as well as friends in our cast, which made the production a joy to work on. Lots of laughs and goodwill amid the carnage.” 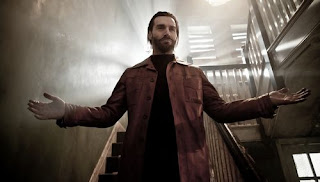 What logistical/practical problems are there in shooting a film where (a) the lead character is a deaf mute and (b) much of the action takes place in cramped, confined spaces?
“Rosie, who plays Angel - the deaf mute at the centre of the story - learned sign language for the role. And she trained with stunt co-ordinators for weeks before the film's commencement, delivering a powerful and committed performance unlike any other. The fact that she can't hear what is going on around her massively increases the drama and tension for her and the audience.

“We shot the film in a vast, abandoned former RAF base in the west of London. Given the constraints of the film this worked out to be perfect for us as 100% of our locations were to be found there - from cottages, empty streets, woods and industrial buildings, to the Seasoning House itself. About two thirds of the film takes place in and around the house, so it was essential that the design be both eye-catching and practical at the same time.

“The wonderful art direction team (headed by the awesome Caroline Story) completely took over a large building, a former children's clinic, and transformed it into the chilling, decrepit house you'll see in the film with the incredibly talented DoP Adam Etherington bringing a truly beautiful and grim atmosphere in his photography. Not wanting to give away too many secrets ahead of time, I won't go into too many details as to how we achieved the big set-pieces in the film, but you can be sure that the film breaks totally new ground in bloody action, tension and horror.” 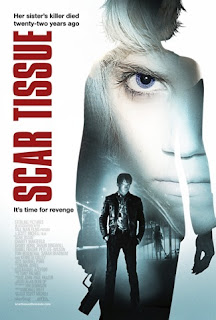 With this film, the just-out Deviation, the forthcoming Scar Tissue and the on-the-way Zombie Apocalypse your CV is suddenly full of horror movies - what can you tell me about these various projects?
“Although I haven't made that many horror films, I've always been an admirer of the genre. For some reason I grew up being a huge fan of Lucio Fulci. Must have been the boredom of growing up in suburban Nottingham, but something about those movies sparked my imagination. I must have seen Zombie Flesheaters 20+ times before I was 16. Any scene featuring a topless girl being attacked by a shark who in turn is attacked by an underwater zombie has profound effects on a young boy! No CGI either - it was all shot for real. I have a collection of UK quads including many of Fulci's classics from that time (The Beyond, House by the Cemetery, City of the Living Dead etc) and when I met him in the late ‘80s he was a smart, funny and shrewd influence on me.

“But my tastes are pretty wide-ranging and it's perhaps because of that that I look for the unusual and unexpected in the genre. I'm not so interested in typical slasher films or monster movies, more in the original and boundary-pushing. I hope all my forthcoming projects can be described a little like that. It's not easy getting films off the ground in the UK, especially films that can find an audience and turn a profit. Anyone can borrow a 5D and a laptop with FCP, but it's the script that counts ultimately. And they're not so easy to find.”