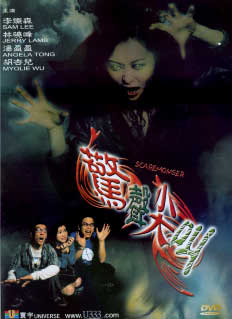 iLoopy Hong Kong horror comedy nonsense doesn’t come much loopier than this. Skinny geek Joe (Sam Lee: Gen X Cops) is a journalist and wannabe screenwriter who shares a flat with his fat geek friend Herpes (Jerry Lam). No, honestly - the character’s called Herpes. They’re investigating a femme fatale (Angela Tong, the Canadian born actress who voices Dee Dee in Dexter’s Laboratory - I kid you not!) who is luring men to her flat and killing them in nasty, supernatural ways.

Joe seeks help from a mysterious internet source on the mainland who sends over his daughter, the gorgeous Yan (Myolie Wu). Both Joe and Herpes fall for her, the former quite sweetly, the latter more crudely, but neither stands a chance. She wants a man like her favourite romantic novelist, who clearly understands women - but oh, irony, that’s Joe under a pseudonym. How can he convince her? 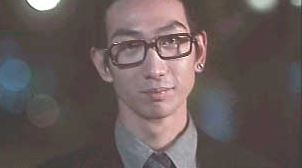 Meanwhile, Herpes becomes surrogate mother to a baby spirit brought over by Yan to help out, who quickly grows to an adult, in body at least. Only Herpes can see him and, in a really gross plot twist, has to develop magical breasts so he can suckle him.

The climax of Jing Sheng Jian Jiao is a desperate fight against the witch (or whatever the hell she is) and the zombie thing she’s been feeding her murder victims to. The ‘plot’ wanders all over the shop and the whole thing is played for knockabout laughs and features comic mugging that would make Three Stooges fans say, “Goodness me, that’s a bit unsubtle.” 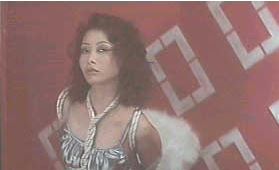 It’s okay in a desperately silly sort of way but there’s no aspect of it you could actually commend. Fortunately, the great thing about VCDs - this one has the usual mangled English subtitles - is that they’re dirt cheap (about five to eight quid in London) so you’re not investing much money and therefore not expecting much return. Which is handy.