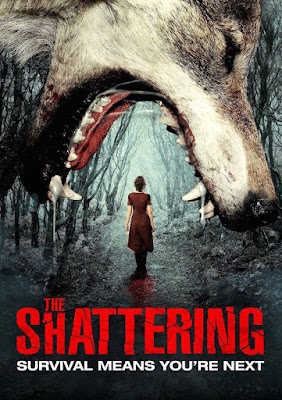 The Shattering is an attempt to make a werewolf film with no werewolves in it. Not in a 13hrs sort of way, where there is a quasi-human transforming monster though it’s not strictly a werewolf. And not in a Lycanthropy sort of way where you’re meant to think there’s werewolves but it turns out there’s not. No, this very definitely features werewolves – characters freely use the W-word – but apart from some momentary POV attack shots, the werewolves themselves are not actually present on screen.

That shouldn’t be a problem. What you don’t see can be very frightening. Implication is all. There are no ghosts on screen in The Haunting but it’s still one of the scariest ghost movies ever made.

What hamstrings The Shattering (meaningless title by the way) is not the lack of actual hairy, toothy wolf-people. Nor is there a major problem with the acting or the photography. It all looks very slick and well-made.

But the script is bobbins. Which is a shame. And the direction doesn’t help.

We know we’re off to a bad start when we have a group of friends driving along in the middle of nowhere at night and one decides to ask where they’re going and why. What, were you drunk or asleep when they bundled you into the car, and you’ve just woken/sobered up? This is just lazy, convenient exposition, and it happens again and again in this film.

There’s a particularly awful bit where one character suddenly decides, out of nowhere, that a particular bit of wall is hollow and kicks it in. She then asks for a light and reaches inside because of course there’s something in there. Another character holds up a cigarette lighter which (a) does nothing to illuminate the hole in the wall because it’s a tiny flame about two feet away and (b) wouldn’t make any difference anyway because the person reaching into the hole isn’t looking into it. From the hole is extracted a locked metal box. Shortly thereafter this same girl appears holding a key, saying it’s what she was looking for, despite not having tried it in the lock. Quelle surprise, it does fit and from the tin she extracts a battered diary – which someone immediately opens to a relevant page – and a VHS cassette. 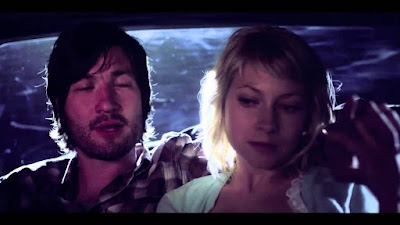 Despite being filmed (and presumably set) in 2013, there is a TV/VHS combi in the room and the tape plays exactly what they need to see, a moment of found footage nonsense wherein someone keeps filming as they are running away from something attacking their family. Said person then presumably rewound the tape, wrote up a few more diary entries, locked the tape and book inside a metal tin, put the key somewhere else in the house where it would be easily findable, knocked a hole in a wall, put the tin inside the cavity, then plastered and painted over the hole.

That whole sequence is a masterclass in how not to progress your story through exposition and infodumps, convenience and coincidence. It’s just awful. Did no-one actually read through this script before making it? Because this sort of stuff is so, so obvious.

The initial set-up, which I’ll grant you is original, is that one of these friends has cancer and her boyfriend is taking them to a ‘healer’ out in the woods. Although that has its own problems because it immediately marks out all these characters as idiots. Drugs can cure cancer (sometimes). Chemotherapy can cure cancer (sometimes). A good diet and exercise can reduce your risk of getting cancer in the first place. But a ‘healer’ cannot cure cancer; all they can do is take your money. 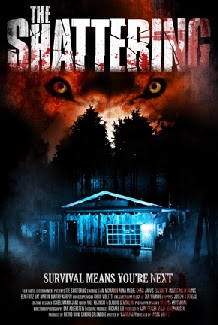 There are some hunters in the woods who put a stinger on the road that gives the car a blow-out and when the driver gets out to change the wheel, he is dragged off into the darkness by something.

Somehow they all make it to an empty, unlocked house where the lights are on. Which is convenient. The hunters take occasional pot shots at them while falling prey one by one to the POV werewolf. Most of the middle act is just dull soap opera stuff about one of the girls discovering that her boyfriend is cheating on her with one of the other girls. Completely irrelevant to the plot.

Eventually there are only three people left in the house, and they’ve read the diary and watched the found footage VHS tape and realised that they are being used as werewolf bait (and that one of their friends may be the kid on the tape). The hunters have chucked a walkie talkie in there so there’s some communication. This one hunter says they should all run out of the house to draw the werewolf so that he can shoot it.

There’s no instruction of which door they should run out of, or which direction they should run, which would seem fairly crucial decisions if their goal is to lead the prowling werewolf in front of the hunter’s gun (they don’t know where the hunter is). There’s some final twist which doesn’t really make sense. And then it all mercifully ends. It’s all ultimately something to do with werewolf saliva having curative properties, or something.

None of the young people in the house are very interesting and I can’t remember any of their names. But at least they’re not as sketchily drawn as the hunters. At no point does it become clear how many hunters there actually are, or whether they are all working together, or who’s in charge, or where they are in relation to the house, or indeed anything at all. Some of the hunters have names in the end credits, some are just called ‘Hunter 1’ etc. What’s the difference? Damdifino. 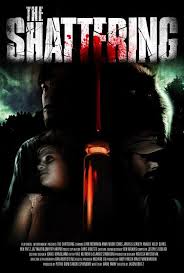 I would have liked to have enjoyed The Shattering. I’m a sucker for a good low-budget werewolf movie, me. The cast are all competent and the production has been made within its limits. But the script and direction are so poor that, despite my best efforts to like this, I couldn’t. It’s just terrible. It's such a shame.

This is the only narrative feature from director Jason Boritz, whose other films are all documentaries, including bio-docs of Paul McCartney, Amy Winehouse, Taylor Swift and Steve Jobs. The surprisingly Brit-heavy cast includes Yorkshire-born Jaz Martin (who has managed to be in both NCIS: LA and Emmerdale!), Northern Irishman Liam McMahon (’71) and Dorset-born Chris Jarvis (The Bill’s PC Casper, also in BHR entry Dark Rage).

For werewolf completists only, I fear.