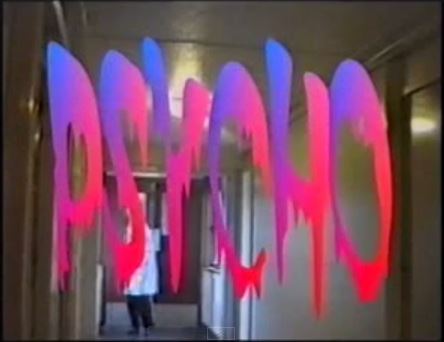 Despite being about a serial killer, and the title notwithstanding, Call Me a Psycho is not a horror film. Rather it is a cop comedy about a couple of likeable but not particularly efficient policemen tracking down an escaped homicidal lunatic.

What it also is, is a fascinating time capsule. Because this isn’t the 2008 film Call Me a Psycho - this was made in 1990. Turns out the 2008 film is a remake by the same guys, the ‘Superteam Productions’ trio of Peter Ward, Andrew Jones and Ian Paterson, who share three-way credits for writing and producing and directing this zero-budget epic. 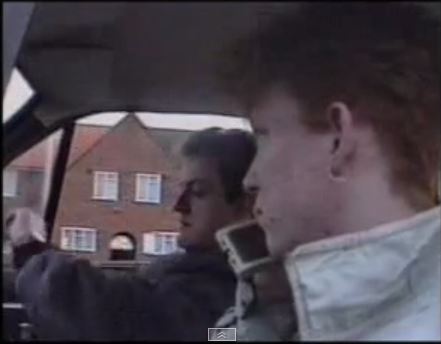 When I say ‘zero budget’, let me put that in context. The early scenes of the psycho (played by Paterson) escaping from a mental hospital are shot in an anonymous corridor where the signs on the various cell doors are hand-written on bits of A4 paper. One of the reasons why this can’t be considered a horror movie, even a borderline one, is because there is not a drop of blood, simply because there wasn’t any money to pay for it. (Though there are some animated dripping-blood screen wipes.)

And yet, as sometimes happens with these things, the enthusiasm of the film-makers overcomes their limitations and I actually enjoyed the film. Some parts are genuinely funny, mostly the bits which divert into Zucker-Abrams-Zucker-style surrealism: an alarm clock that makes bizarre noises, or a scene of a character typing in which he has three hands.

Typing on a personal computer circa 1990, that is. This really is a fascinating window into a world a quarter of a century ago. The cars! The clothes! The haircuts! The telephones! Wikipedia lists fewer than 30 British films from 1990, among them a handful of remembered titles including Memphis Belle, Nuns on the Run, the Mel Gibson Hamlet, The Krays, The Witches and Truly Madly Deeply. That really was the doldrums of the British film industry, and yet Superteam Productions grabbed themselves a camcorder (probably quite a bulky one!) and shot a reasonably coherently plotted, genuinely amusing feature-length-ish (69 minutes) comedy police movie. 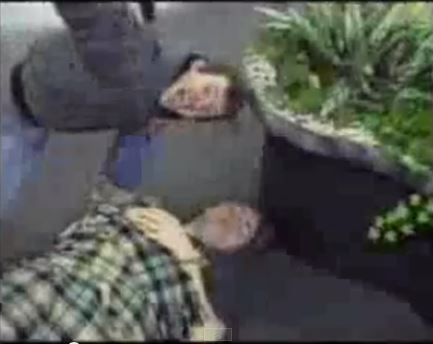 The film’s success rests on the chemistry between Ward (who looks like a young Peter Sellers) and Jones as Detective Inspector Ward and D.I. Jones. They are clearly useless at their job, but not in a bumbling way, nor in a cynical way, just in a natural, easy-going, trying to do it but not very good and easily distracted sort of way. Most of the supporting cast are predictably wooden but the back-garden nature of the film renders that less of a problem than it might be.

There’s not much by way of plot: the psycho escapes, the two cops try to track him down while he goes on a (largely off-screen) killing spree. Scenes were shot outside Feltham Police Station in West London and at a local video store, Terminal 5 Video, which has a Terminator 2 ad in the window. It’s the little background details like that which make this so fascinating. One character wears a Skid Row T-shirt, another is evidently a fan of Carter the Unstoppable Sex Machine. There is a trailer on TV for borderline mystical BBC sitcom Mulberry. And the soundtrack features a number of not-cleared for copyright songs including David Essex’s 1973 hit ‘Rock On’ and the Echo and the Bunnymen 1987 cover version of ‘People are Strange’.

Because this film is so obscure that it’s not even listed on the IMDB, it behoves me to list the cast which, in addition to the principal trio, consists of Tony Lloyd, Clinton North, Brian Da Silva, Barry Hutton, Margaret McEnechey, Steve Clarke, Darren Tyrel, Gidden Stratton, Maurette Cahill, Lee Burl, Richard Tyrell, Betty O'Brien, Gareth Burt, Kelly Bradford, Ryan O'Neil, Adrian O'Neil, Nicola Darge and Tanya Darge. Where are they now, eh? There are no other credits; basically Ward, Jones and Paterson did everything themselves. 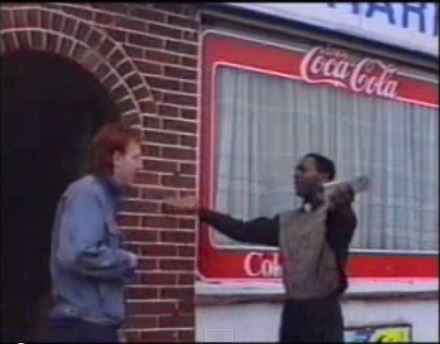 The Superteam, erm, team went on to make several further shorts and features before returning, in 2008, to the Call Me a Psycho script and remaking the film, almost word for word, using some of the same sets and one of the same lead actors. Over the years their films have been available on DVD from their website although it’s not clear how this first version of Call Me a Psycho was distributed if at all. Fortunately for those of us who like to watch this sort of ultra obscurity, Paterson posted all the Superteam films to YouTube in February 2014, hence this review.

The rating below should not, of course, be taken as any indication that this is, in any way, a ‘good’ film but it’s far from a terrible film and I have to give the film-makers props for doing what they did (which was at least something) with what they had available (which was nothing).