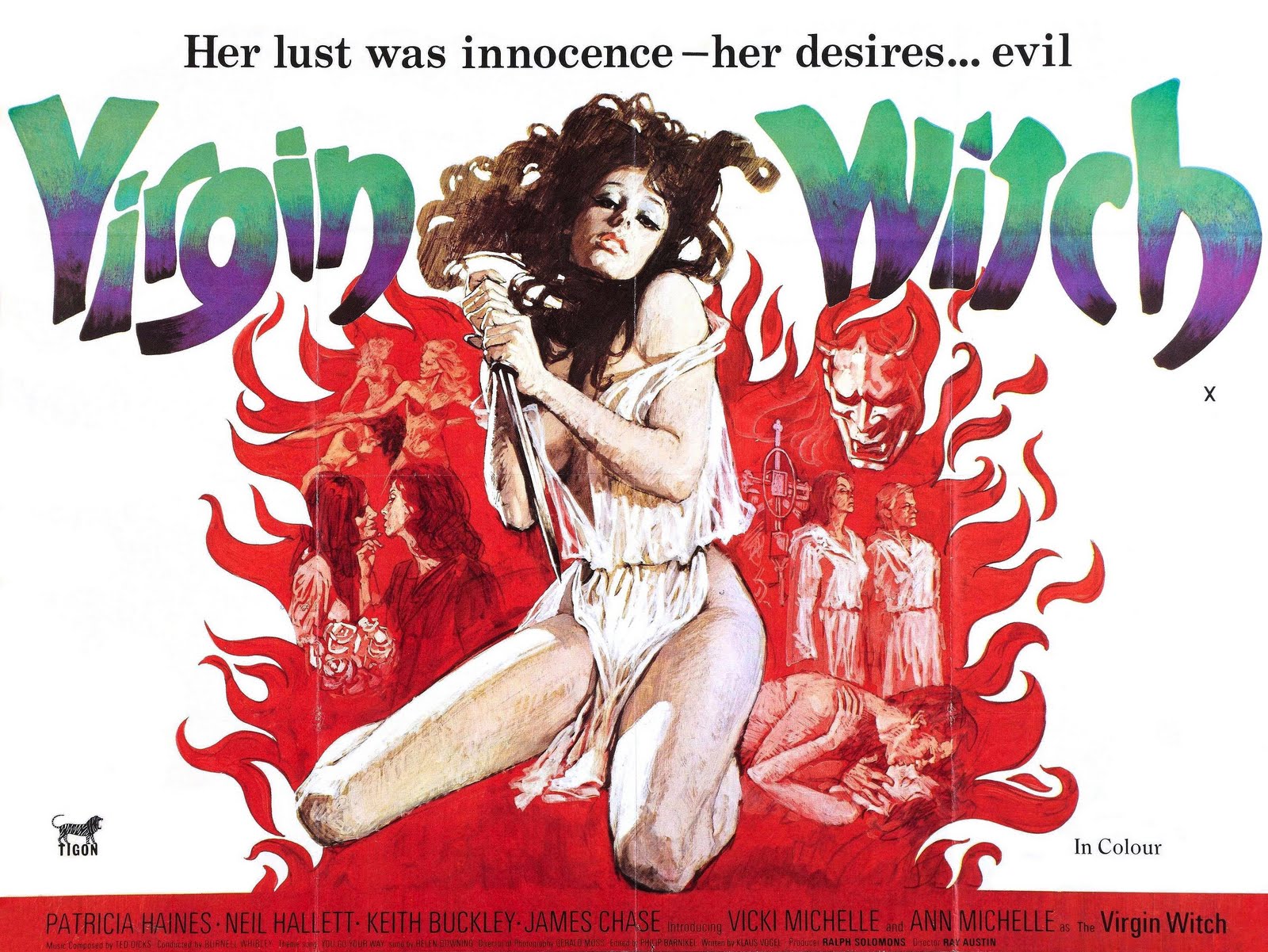 Real life sisters Vicki and Anne Michelle play screen sisters Betty and Christine in this entry in the ‘home counties witchcraft’ subgenre which flourished in Britain in the late 1960s and early 1970s. The early entries into the field, such as The Sorcerers, had diversified into superior historicals (Witchfinder General, Blood on Satan’s Claw) and rather tacky contemporary pictures such as this one.

Betty and Christine, innocents both, travel to London with a view to finding modelling work, accepting a lift from passing motorist Johnny (Keith Buckley: Dr Phibes Rises Again, Excalibur), who falls for the younger Betty while Christine is ‘auditioning’ at the offices of lesbian agent Sybil Waite (Patricia Haines). Sybil whisks Christine off to Wychwold, the country estate of her friend Dr Gerald Amberley (Neil Hallett: X the Unknown, Ghost Squad), ostensibly to shoot an ad campaign for cider, with Betty along as chaperone. (It is only when we see the name written down quite some time later that we realise people haven’t been talking about some satanic amusement park called Witchworld.) 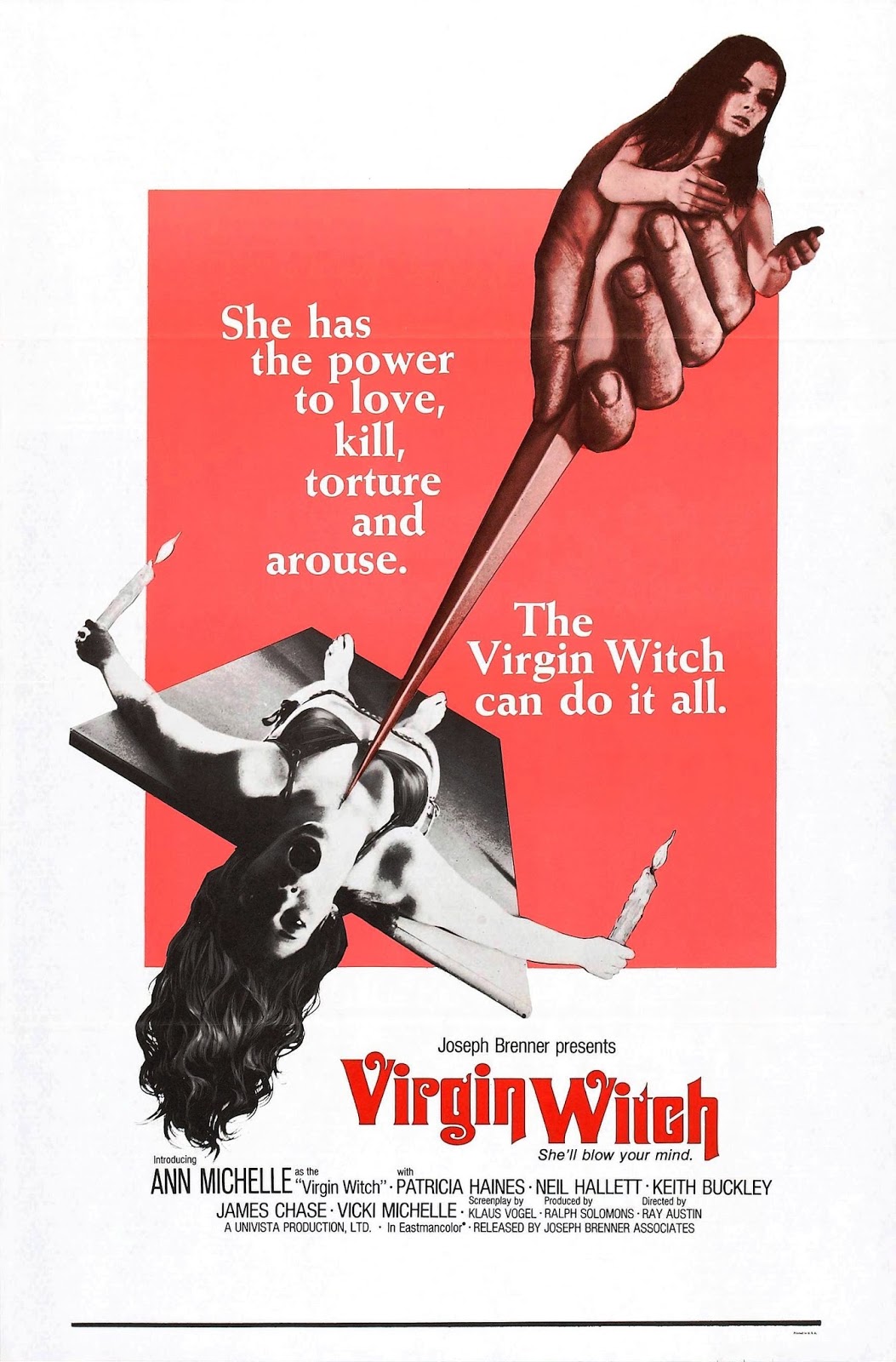 The house and grounds are home to some creepy people, but photographer Peter (James Chase) seems nice enough. In fact, the whole thing is a front for a coven of witches, into which Christine is initiated at night, waking up the next morning in bed with Sybil and subsequently acting much more self-confident and mature. Revelling in the release of her latent magical powers, she plans to oust Sybil as High Priestess of the coven during Betty’s initiation the following night, but Johnny is on his way down to Wychwold to rescue Betty.

What starts off as a pretty crappy movie picks up towards the end, leaning more towards - though never reaching - the sort of unnerving, slightly too serious atmosphere of menace that characterised the best witchcraft films (The Devil Rides Out, for example). The idea of a modelling agency recruiting young girls for supernatural purposes is a tad too close to the nonsensical story in the second half of The Night Caller (in which Patricia Haines was the victim, not the abductor) although it seems slightly more credible as a witch’s plan than that of an alien from a moon of Jupiter. Nevertheless, once the movie settles down to a battle of psychic wills between Christine and Sybil, it becomes much more watchable and a lot more tense.

The script, bizarrely, is by producer Beryl Vertue (under a pseudonym) who went on to produce The House in Nightmare Park but is best known now as the matriarchal figure behind such hit sitcoms as Men Behaving Badly and Coupling (written by her son-in-law Steven Moffat). Vertue was an agent for Associated London Scripts (Galton and Simpson, Spike Milligan, Eric Sykes) but this script (and her own novelisation of it) seem to be her only professional writing credits - and she keeps very quiet about them! 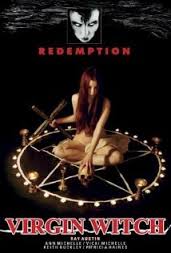 However the major selling point for the film back in the 1970s was the copious amount of full nudity from Vicki and especially from Anne. In fact, pretty much everybody gets naked in the climactic ritual, including some older members of the cast who undoubtedly add authenticity to the scene but dampen the sexual allure. The nudity in earlier scenes, such as Christine’s ‘audition’ for Sybil during which the older women touches her up under the pretence of taking her measurements, is often tacky, but in the scenes of black magic it is not only relevant but actually adds to the air of menace.

Vicki Michelle, two years older than her sister but here playing on her fresh-faced appearance as the younger sibling, went on to appear in Queen Kong and an episode of Space: 1999 before finding fame as Yvette in Allo Allo in the 1980s. Ann (credited on-screen as Anne Michelle) actually acquired a bunch of genre credits including Psychomania, House of Whipcord and the 1979 US production Haunted - in which she played, of all things, a native American - before disappearing from the screen to concentrate on stage work. 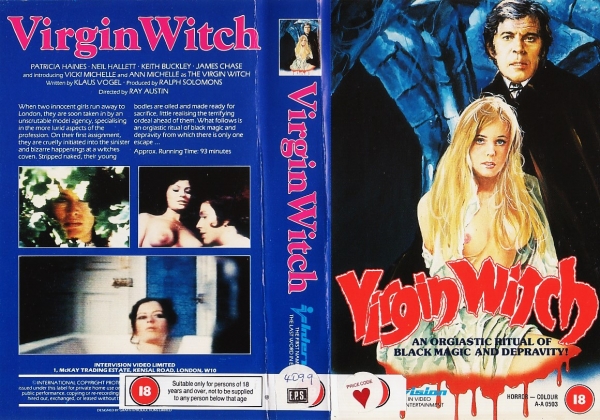 Peter Halliday (A for Andromeda, Madhouse) plays a nightclub manager while the coven members include Garth Watkins (Twins of Evil), Prudence Drage (A Clockwork Orange), Sheila Sands (Year of the Sex Olympics) and Steve Peters (Lead Roboman in Daleks: Invasion Earth 2150AD!). Cinematographer Gerald Moss had shot second unit on Village of the Damned, while the very effective music is by Ted Dicks, whose other horror credit is the title song to Carry On Screaming!