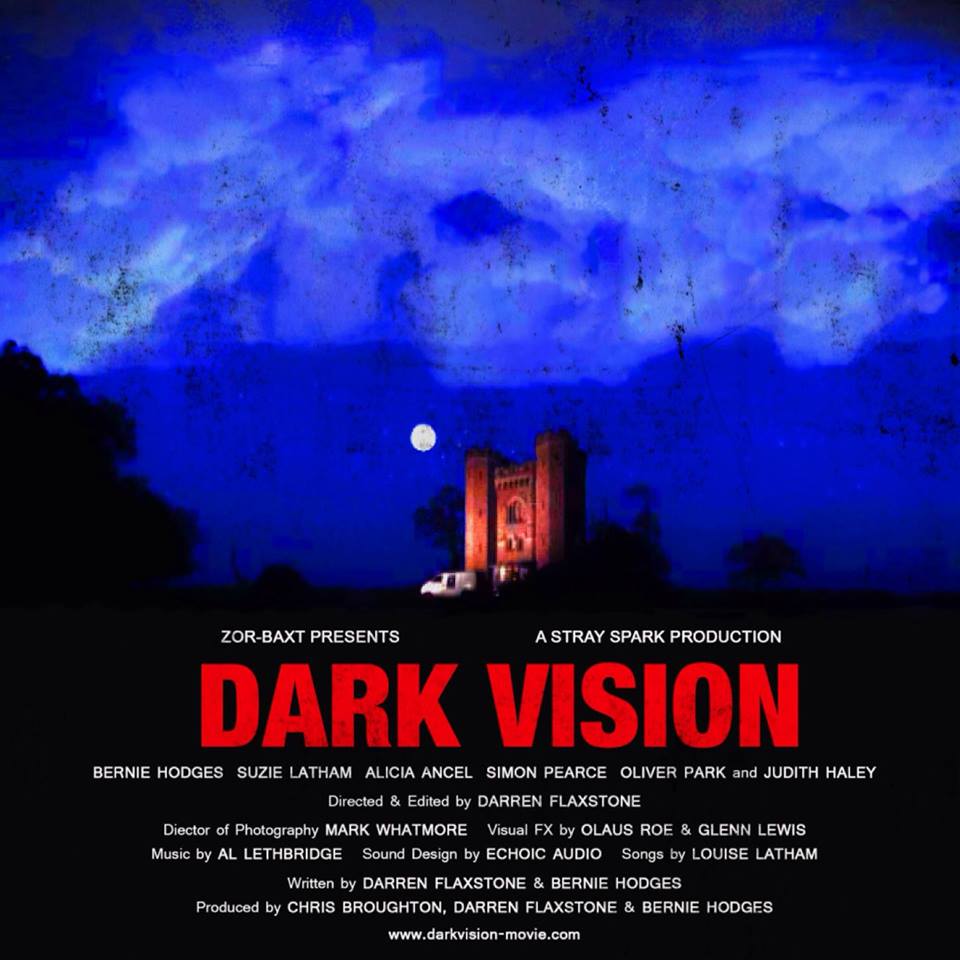 A combination of good acting, fine cinematography and interesting characters marks out Dark Vision as one of the better British horror indies of recent years. Admittedly, the premise is hardly original for a modern British fright-flick: a TV show about the paranormal reporting live from a supposedly haunted location. See also Steve Stone’s The Entity, Kevin Gates and Michael Bartlett’s Paranormal Diaries: Clophill, Steven M Smith’s Haunted and Simon Pearce’s Judas Ghost, to name just a few. But the characterisation and presentation on show in Dark Vision make up for the somewhat hackneyed plot.

Producer/co-writer Bernie Hodges (recently in Andy Bourne’s sci-fi short Two Extra Days) stars as Spencer Knights, the vain, self-important, oleaginous host of a paranormal TV show who turns up in his van, with a small crew, at an isolated building called Baylock’s Folly. His principal help is sensible, pragmatic Jo (Suzie Latham), who is reteaming with Knights for the first time in three years, although it is never made clear why they split up their professional partnership or why she is back helping him. The camera is touted by a young lad named Kev who is played by… Simon Pearce, director of that very same aforementioned Judas Ghost! There is also techie Xan (Oliver Park) who has already set up multiple cameras around their chosen location and, for reasons that remain obtuse, hypnotised actress/model Marva (Alicia Ancel: Kebab Killer). 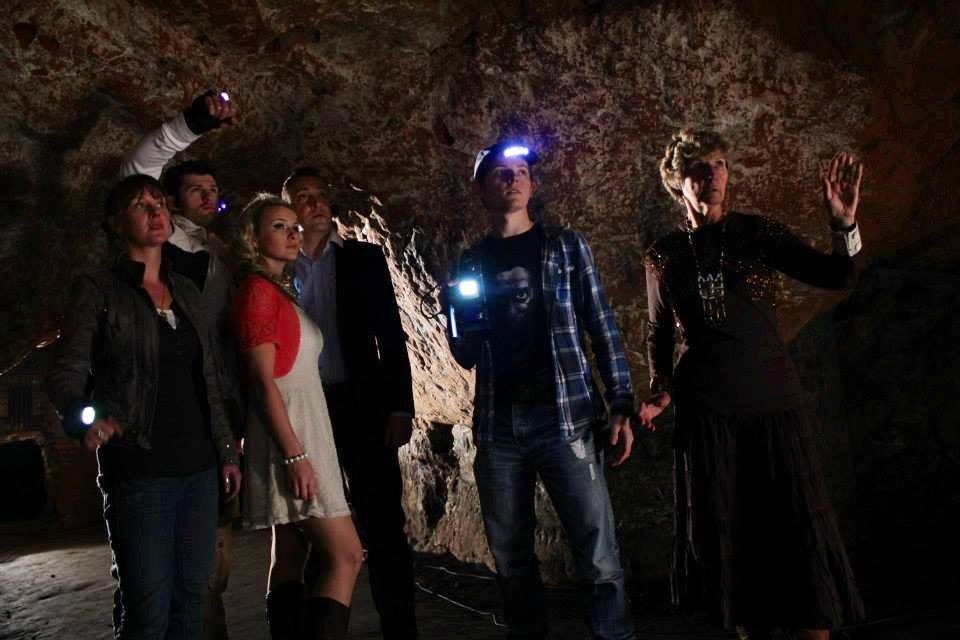 Baylock’s Folly is an 18th/19th century castellated building, home to an enigmatic old lady named Clem (a belter of a performance from Judith Haley, also in Amityville Asylum) who has a taste for the sauce and layers of insight that will be peeled back as the story progresses. ‘William Baylock’ himself clearly didn’t construct the building named after him as he was, we are told, a plague doctor in the time of the Black Death. Most of the action takes place in caves beneath (and accessible via) the folly where Baylock is said to have conducted Satanic rituals involving child sacrifice. Or something. (I can’t find anything about Baylock online and so assume he’s purely fictional, which makes it a bizarre coincidence that this film was produced at exactly the same time as Anthony M Winson used the unusual name in his ghost feature The Haunting of Baylock Residence.)

One of Dark Vision’s strengths is that it does not rely on the ‘found footage’ tropes that other similarly themed films have used. Some shots are presented POV from Xan’s webcams, Kev’s video camera or little cameras held/worn by various people, but these are used sparingly within a conventionally shot and structured narrative film. That said, since some shots clearly are ‘TV footage’ it would have been helpful to have distinguished those in some way; a change in picture quality perhaps, or just a little red dot. As it stands, we don’t know whether what we’re seeing is viewed through a Xan-cam or just the director’s vision, although the lighting always seem to imply the latter, even when the angle/view implies the former. It’s ironic that, although the film has great photography (by Mark Whatmore, whose previous credits are documentaries on Simon Callow, Jacques Tati and lions) the overall movie might have improved a tadge if the photography had actually been (or had appeared to be) less impressive. 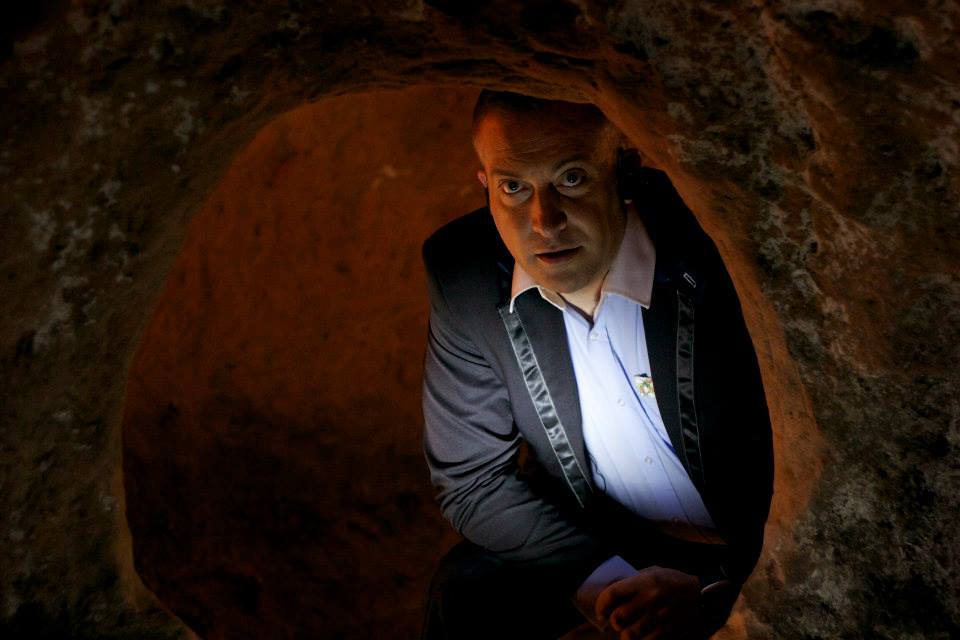 Parts of Dark Vision are overly talky, but not excessively so. Once it gets going, however, it’s suitably spooky with Baylock appearing in his plague doctor guise - or is that Kev in a costume provided by Spencer? Quite what Spencer is trying to do, and why, is never entirely clear. He constructs a pentagram of flames, having evidently carried vast numbers of tea-lights down to the caverns. We all know how fiddly it can be to light just one of those fuckers – it must have taken him ages to set this up. Jo keeps finding tiny, antique dolls, the significance of which is not clear but it must relate to the children that Baylock killed. And Clem comes into her own as Spencer starts to realise quite how out of his depth he has got.

Interspersed with all this are some captions from something called the ‘Dark Vision Hub’ which seem to indicate that Spencer’s show is one of five competing for some sort of prize, the sequential captions telling us as each rival show is knocked out of the competition. This is referenced once in the dialogue, but it’s really a distraction (and quite a confusing one). It adds nothing to the plot, is not necessary to provide a reason for Spencer and co. to be where they are, doing what they’re doing, and never gives any indication of how/why these various rival TV shows are eliminated (or why Spencer’s survives). The whole ‘Dark Vision Hub’ thing has the feel of something which was significant in an early draft of the script but has been whittled away to a stump of an idea which now serves no real narrative purpose. 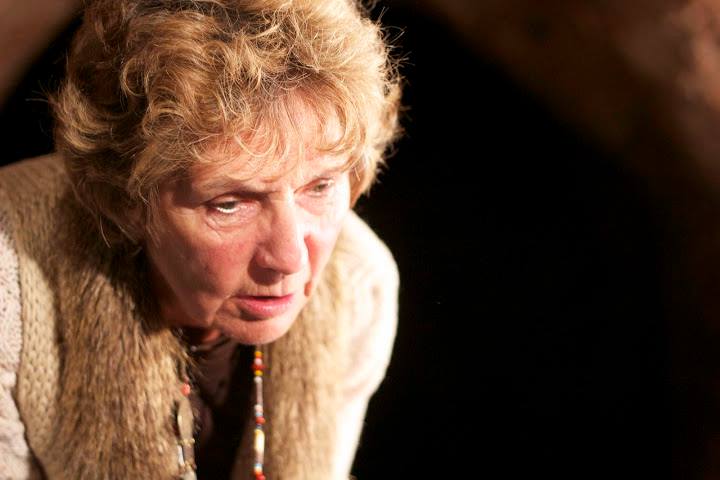 Two other aspects of Dark Vision which were unnecessary and could have been dispensed with are a post-production video effect and the music. The generally good and atmospheric score by Al Lethbridge (whose many TV documentary credits include Marcus de Sautoy’s BBC4 series Precision: The Measure of All Things and the 2009 Children in Need Around the World in 80 Days challenge) makes the common mistake of thinking that something spooky on screen is made spookier by a music sting, whereas in fact the opposite is true. For example, there’s one shot where a wine bottle, untouched by human hand, moves across a table. And the music goes, “Brahm!” as this happens. If the bottle moved silently, unacknowledged by the score, the audience response would be: “Oh my God! Did I just see that? Did that just happen?” With the addition of the music sting, the audience is hammered over the head: “Look! Look at this spooky thing! Watch it happening! Make sure you don’t miss it!”

The post-production effect is essentially the same thing that irritated me about Hungerford, which is the extraordinary idea that video cameras, when switched on or off, go “Bzzzzt!” and make the image break up and shake about. I’m no technie but I’m pretty damn sure that cameras don’t do this in 2014, if indeed they ever did. I think this idea stems from a pre-digital age, back when video meant analogue tape. Film-makers imagining what video footage might look like in the future applied Quantel effects to make it look a bit different and futuristic. Well, the future's here and digital video cameras work just fine, thank you. Or the other place this might have come from is the idea of video transmission; this sort of audio/video break-up has been used many times as a form of interference, implying that a video feed from someone (usually on an alien planet or aboard a doomed spaceship) is only just able to make contact through the galactic static. But that simply doesn’t apply to modern technology – although, to be fair, a couple of channels on our Virgin Media package do go like that when someone answers the phone… 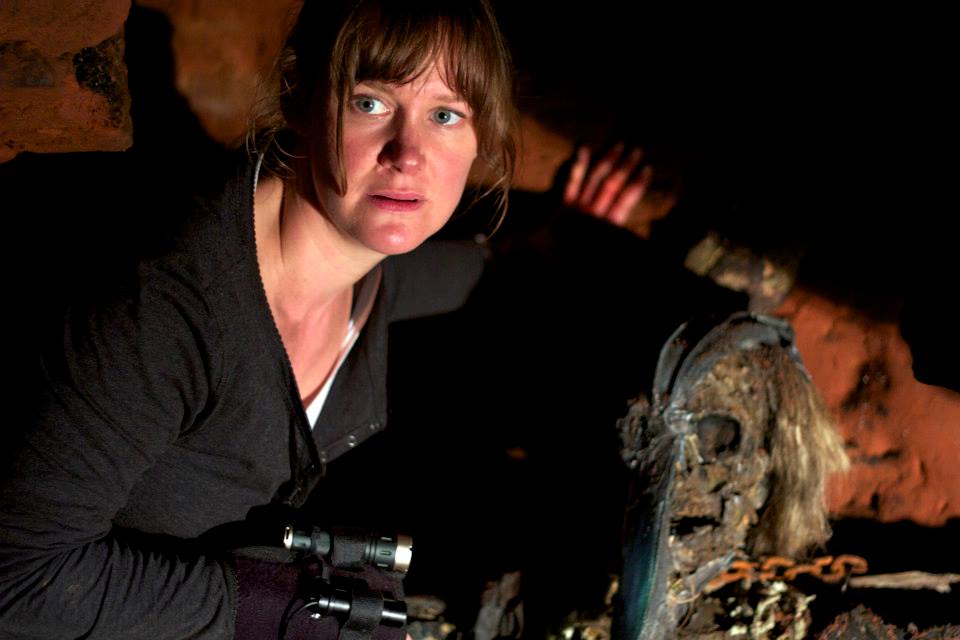 The above minor distractions notwithstanding, Dark Vision is a solid and enjoyable little horror movie. It doesn’t quite know when to finish and there are several endings, but most of them are genuinely creepy and scary. I enjoyed the film, which is well acted, well directed, well produced and glosses over its sometimes obtuse story in favour of style, spookiness and very effective characterisation.

Glenn Lewis and Olaus Roe are credited with the visual effects, which are very good, and Debbie Hampson (who was a trainee on The Hollow Crown) provided the effective and sometimes gory make-up. This is Darren Flaxstone’s third feature after Release, a drama about a priest accused of paedophilia, and Buffering, a “raunchy” sex comedy. By trade he is an editor (he cut Dark Vision himself) with a stack of credits including Ocean Odyssey, The Unseen Alistair Cooke and Bill Bailey’s Jungle Hero. Dark Vision is an impressive first stab at horror and I’m keen to see what else Flaxstone, Hodges and co. can bring us in the future.

Shot in 2013, the film carries a 2013 copyright date and was first screened in Bristol in October that year although the official premiere was at the Coventry Film Festival in June 2014.