When Jeffrey Uhlmann contacted me to ask if I would like to review his film Mil Mascaras: Resurrection, he described the movie but I replied, “You had me at ‘Mil Mascaras’.” Having thoroughly enjoyed the film, but heard from other (reliable) sources about its somewhat complex creation, I was naturally delighted when Jeff agreed to an e-mail interview in December 2008. 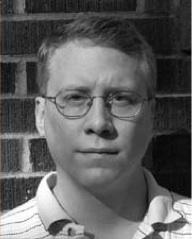 How, when and why did you become interested in Mexican wrestling movies?
“I’ve been a connoisseur of genre and cult films for as long as I remember. I find lucha films particularly fascinating because they combine the aesthetic of the classic Universal horror films with comic book-style superheroes. Better still is the fact that the masked heroes actually exist in the real world. It’s that interface between the real and the surreal that I find most interesting.”

What was the impetus for a group of computer science professors in Missouri to revive this dormant and very culturally specific genre?
“I came to the University of Missouri with a plan to make this film and establish an emphasis area in something I called entertainment engineering. Pre-production activities began back in 2000 right after I arrived but things really started coming together when my colleague, Kannappan Palaniappan (Pal), became involved in 2003. We crossed the interface between the real and the surreal when filming began in late 2004 with Mil in an Aztec tomb constructed in an engineering building at a major university. And of course real-life dining at restaurants in Columbia, MO, with Mil and officials from the university was much like scenes we were shooting for the film. In other words, the world we were filming became the world we were in.”

How did you get Mil Mascaras involved and what was he like to work with? (Did you ever see him without a mask?)
“I met him at a technical conference many years ago but we really never worked together closely until around 2002. He’s a great guy and as professional as anyone I’ve ever met. He is very protective of his image, so he understandably has strong standards for his films and requires that they be realistic and respectful of the traditions of the mask. I will always be respectful of those traditions.” 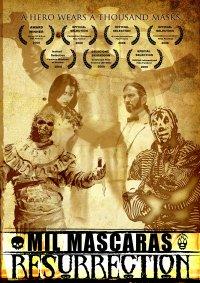 Can you give me your take on why Jeff Burr and his LA colleagues dropped off the film, and how did this affect the production?
“I hired Jeff Burr only a few weeks before filming was scheduled to begin and he hooked us up with some great people who contributed a lot to the project, including cinematographer Tom Callaway and the multi-talented Gary Ambrosia. Our first shoot in December of 2004 had some problems but the second shoot in the spring of 2005 was a fiasco from the beginning. We realised by the third day that Jeff didn’t want to shoot the kind of film that we wanted to make and things went downhill from there. At the end of that shoot we had a total of over 50 hours of footage from the two shoots but nothing documenting what had been shot and what was still needed.

“Jeff Burr is a good guy and on a personal level I like him a lot but it was clear that he just wasn’t really into making this kind of film. He naturally wasn’t happy about our decision not to have him back as director for the last shoot but he understood why we weren’t happy with certain things (and certain of his associates). We informed him that whomever we hired for the last shoot would be listed as a co-director and he accepted that. 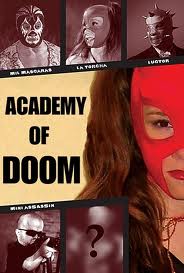 “However, when we later informed him that he wouldn’t be involved in the editing process or any other aspect of post-production he asked us to replace his name with a pseudonym and we accommodated. At that point the official relationship with Jeff Burr was severed. However, we continued to work with Tom Callaway - eg. for colour correction - and I’m still very grateful to Jeff Burr for getting Tom involved. They’re both good guys and I look forward to seeing them whenever I’m in Los Angeles.

“As for that third shoot, we were originally planning to hire Rene Cardona III, whose father and grandfather were legendary Mexican genre film directors. In the meantime, however, plans were underway to shoot another Mil Mascaras film Academy of Doom at the university. I had brought in Chip Gubera and Bob Swope as instructors in our Information Technology program based on their work on a film called Song of the Dead and I invited them to be a part of Academy. I realised that if we combined the last shoot of Resurrection with the last shoot of Academy we could reduce costs significantly which was critical because Academy’s budget was already very low. That turned out to be a good plan and in the spring of 2006 we shot Academy and then proceeded to finally complete Resurrection.

“I should point out that Chip and the entire Academy crew did an amazing job in pulling off the two shoots because after Academy wrapped everyone had to switch gears and start on what Pal and I had planned out for finishing Resurrection. That was rough because they had been immersed for weeks in Academy and were now having to hit the ground running on what we needed for Resurrection. For a lot of it they were flying blind as to how each shot would fit into this other film that they knew little about. I know that was especially challenging for Chip but he’s a guy who is always ready to take on any challenge.” 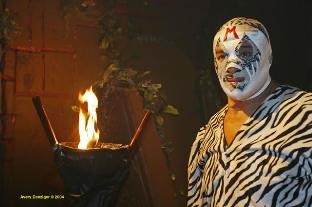 What aspect of the film do you think works best and is there anything that you think could have been improved?
“After the second shoot we didn’t have the car stunt or even the final battle with the mummy and we knew that many other scenes were incomplete or would have to be re-shot for quality reasons, so Pal and I had to log all 50+ hours to determine specifically what we had. I then re-wrote parts of the script to allow us to piece together as much as possible so that we could complete the film in one more shoot.

“That last shoot was more complicated than the previous two because we were filling in pieces of scenes that were shot over a year earlier. In a couple of cases shots in the same scene were filmed a year and a half apart. (In one scene the change in age and voice between shots of the Professor turned out rather jarring.)

“Although it took an inordinate amount of time and effort (and money) to piece everything together, I think the final film captures what was originally intended: an alternative universe in which luchadores and resurrected Aztec mummies are as mundane as cops and robbers. Whatever small issues there are don’t really bother me because I view films like impressionist paintings: the focus should be on immersion into the world that’s depicted rather than on the details of the brush strokes.

“However, if I had to point to something that could be improved it would have to be the scene in which the twins seduce Mil. We just didn’t have the coverage to make that work right, so we ended up piecing together a bunch of disparate elements to make something reasonably coherent.” 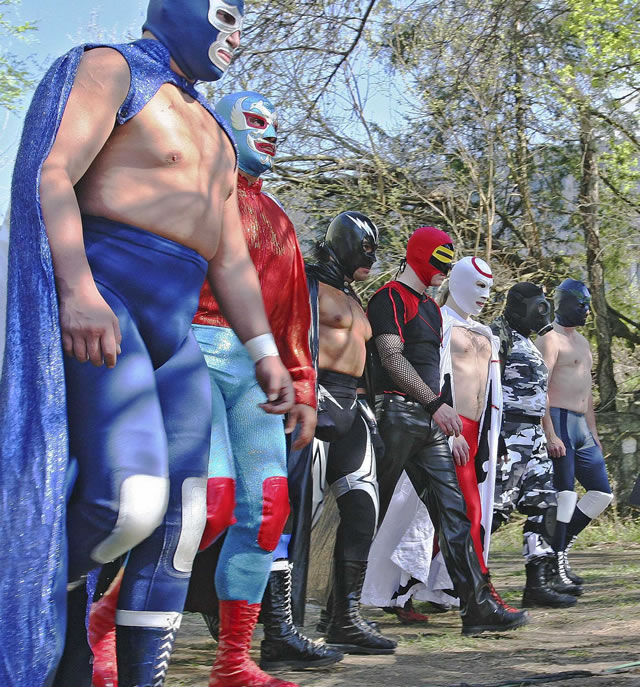 How has the film been received and what are the current plans for release?
“The film has played at film festivals around the world to enthusiastic audiences. The reviews have all been extremely positive (except, ironically, for a couple of local reviews in Missouri, where the film was produced). A Spanish review after the Cinema Fantastico festival in Estepona described it as the best lucha film ever made but audience feedback reveals a much broader appeal than what one might expect for a typical lucha film.

“As for distribution, we have had queries from many distributors around the world since 2004, including one very exciting opportunity with one of the majors, but the plan right now is to let the film complete the international festival circuit before making any commitments. I think the last of festivals will be in South America sometime in the spring or summer of 2009.”