Wolfgang Büld has done it again. The director of Penetration Angst and Lovesick: Sick Love (and, of course, Punk in London and all that other stuff) returns with another deliciously black comedy-horror filled with everything we expect from him: perversion, violence, sleaze, emasculation and a bloke shagging the wrong twin.

Paul Conway and Fiona Horsey - by now a sort of Büld repertory company - return once more along with other cast and crew members, including cinematographer Uwe Bohrer (Nekromantik). Paul is okay as a sleazy cop but never seems to quite get his teeth into the role; only right at the very end does ‘DI Caffrey’ come to life with typical Büld-ian perversity. Until then, he seems just slightly out of synch, which I think is more a casting problem than an acting one and is not helped by a moustache which suits neither the actor nor the character. More than making up for this, however, is an absolutely stunning performance by Fiona, or rather two performances as she plays twins: Norah and Jennifer. 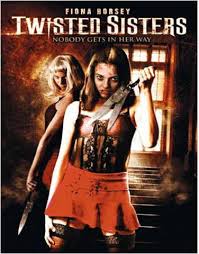 Jennifer is a happy, successful young woman, working in a big PR agency and happily settled with Alan (Andrew Southern), a junior doctor whose father is a leading lawyer. The problem is: someone who looks exactly like Jennifer is seducing men and savagely killing them. DI Caffrey is assigned to the case along with his partner, the cheerfully non-PC DS Woodgate (a role written specially for Eden Ford, who was the Russian gangster in Lovesick: Sick Love and has an uncredited cameo in Evil Aliens). Is Jennifer the killer - after all, she has no alibi to rescue her - or does she have a double?

Well, of course the film is called Twisted Sisters so it comes as no great surprise that her parents reveal the existence of a previously unknown twin, Norah, whose twisted background is uncovered by Caffrey. (Jennifer’s mother is Joan Blackham, who was in Bridget Jones’s Diary and Chocky’s Challenge but will always be remembered by some of us as the hilariously staid Miss Erith in The Fall and Rise of Reginald Perrin.) Büld skilfully keeps us uncertain about what is or isn’t true throughout the first act, despite the movie’s title. He then sets up a cat and mouse situation as Norah stays one jump ahead of the cops, and in the final act he unleashes real terror as the sisters finally meet.

The idea of two people looking the same is simple enough but Twisted Sisters uses it brilliantly and the extensive use of mirrors in many shots and scenes reinforces the duality of the lead roles. Most of the time, we know which sister we’re looking at but we always have to think about which sister the other characters think is with them. 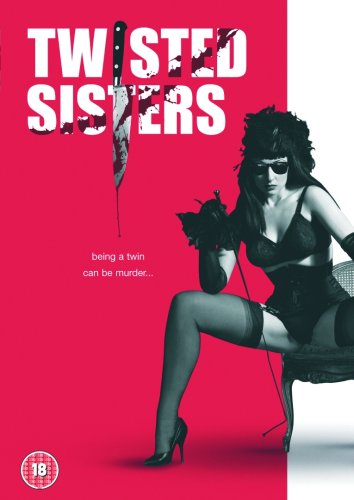 Having said that real terror is unleashed in the final act, I should qualify that by pointing out that two extremely grisly murders top and tail the film’s first third. We start with a castration that will have every man in the audience crossing his legs and covering his eyes. Then, at around the 36-minute mark, comes one of the most jaw-dropping on-screen deaths that I have ever seen (and I’ve seen a few). I don’t want to give away any details: I will just report that my attempts to scream “No-o-o-o!” at the TV screen were hampered by the way that my lower jaw seemed to have stuck to my chest. The scene is as outlandish in its conception as it is masterful in its execution and is absolutely guaranteed to get audiences talking.

The prosthetic effects on display after each death are excellent but what impresses most on this film is the editing. Once the sisters meet, it is almost impossible to believe that we are watching only one actress. Scenes between the two are superbly achieved using nothing except a body double, precise storyboarding and an editor who should win some sort of award.

If there is a downside to the film it’s the locations. Apparently set in Northern Europe, the movie was filmed in Hamburg and what appears to be Denmark although the cast speak English and some forensic experts examining a body have 'Police' written on their overalls. Most of the time incriminating clues to the location, such as car number plates, are concealed but that makes those German/Danish notices and signs which do slip through all the more obvious. None of this bothers me, but it might puzzle - and hence irritate - other, less perspicacious reviewers. Many of the cast are Danish or German and a couple of the speaking roles are dubbed. Büld himself appears briefly as a doctor. 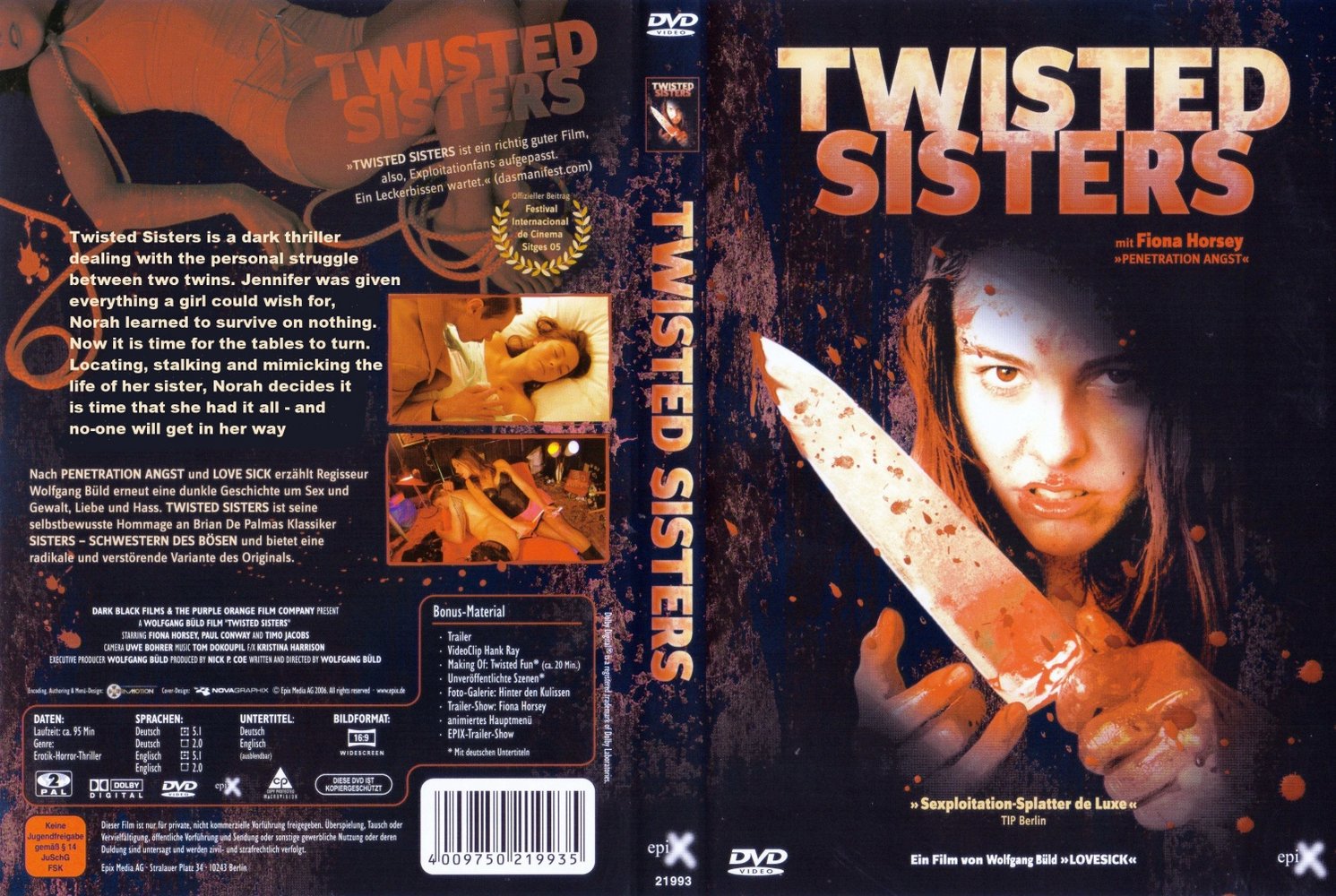 But this is Horsey’s film through and through, a double-barrelled tour de force which marks her as one of the best ‘unknown’ film actresses in the UK. That her work in Wolfgang’s films has not led to her being snapped up for bigger-budgeted projects is one of the great mysteries of modern cinema. It’s certainly not because of any shyness about doing nude scenes!

Twisted Sisters, which had the working title Final Cut, carries a 2005 copyright date and has already been released in Germany. Whether it will make it past the UK censor intact remains to be seen, not least because there is a violent ‘blood on breasts’ scene about five minutes in. For anyone who enjoyed Penetration Angst and Lovesick: Sick Love, this is another disturbingly entertaining slice of Anglo-German darkness.