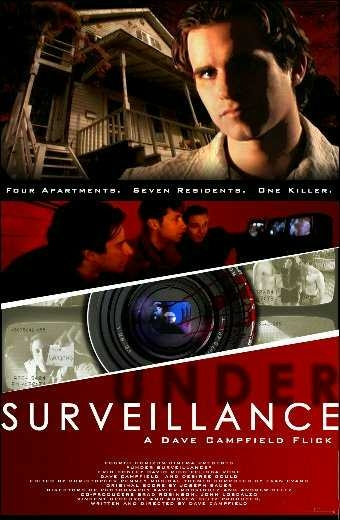 Justin Besler (Eric Conley) is a young man who has been living with his mother for several years but now returns to the old family home to live with his father Kurt (David Rigg), a cop with, shall we say, old-fashioned values. Justin is studying for a law degree; he is a practising Christian and has a much more liberal attitude than his dad although he gets on well with Kurt, which is more than his mother does.

Justin meets up with an old friend, Scott (Fred DeReau), and Scott’s college roommate Rick (director Dave Campfield himself) who makes extra bucks by selling beer to under-age students. He also meets and befriends a mysterious local girl, Kayla (Alexandra Eitel), whom he meets outside his house.

Since getting divorced, Justin’s dad has converted the family home to include three apartments which he rents out. In Apartment 1 are ‘masseuse’ Heidi Broonen (Felissa Rose: Sleepaway Camp, Nikos the Impaler, Zombiegeddon) and her autistic younger sister Sonja (Brenda Abbandandolo, who was also in Nikos); Apartment 2 is home to Robert Krol (Chris Cooke, who was the voice of the Colonel in Bill Plympton’s marvellous I Married a Strange Person), a large man with a penchant for prostitutes; Apartment 3 houses garbage collector and aspiring actor Vincent Calabrese (Mark Love) and his abused East European wife Larisa (Sara Baker Bahr).

When Kayla is found murdered, the blame is pinned on a local cult, the Black Circle, which Kurt has been trying to track down for some time in connection with earlier crimes. Justin is convinced that the killer lives in his own house and lets Rick persuade him to install hidden cameras in the three apartments. Rick, Justin and Scott then spend their nights watching monitors in a Ford Transit parked across the road. 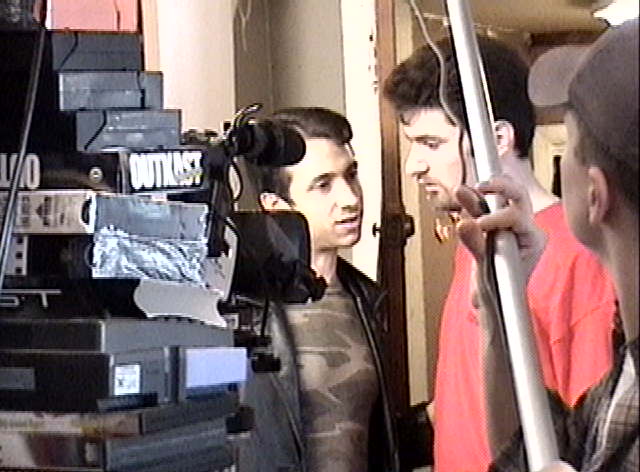 Half an hour in, the film promises to turn into one of those films built out of digetic camera footage, like Hell Asylum or My Little Eye. Although we do sometimes see what the trio see, Campfield doesn’t quite have the confidence to work with the restrictions of high-angle, fixed cameras and instead the ‘monitor footage’ is simply black and white, but retaining close-ups, multiple angles, reverse shots and other directorial/editing touches that simply couldn’t exist in genuine surveillance footage, along with perfect sound. This is a shame as it distances the viewer from the action, making us no more than a normal TV/film audience, rather than placing us into the position of the voyeurs in the van. A few shots do flirt with realistic monitor images but it’s not consistent enough to work. This seems odd. Why build a story around captured TV footage and then not show us that captured TV footage?

Despite the above caveat, the story becomes engrossing and even tense. Justin and Scott are sucked into Rick’s enthusiasm for spying but find that what happens in the apartments is affecting them, even as they are affecting what happens in the apartments. At one point they slip an accusatory note under each door to see if anyone will give themselves away by their reaction, but the results are not what they expect. The watchers’ intrusion into the three homes, physically in a couple of instances when they want to check something out, has unforeseen effects, creating tension between the Broonen sisters, between the Calabreses and between Krol and his succession of hookers.

At the same time there is tension in the van (they later move the monitors into Justin’s bedroom, which seems more sensible) as Justin and Rick find that their agendas are very different. Can Rick be trusted? Is Justin being completely honest about his relationship with the murdered girl? And meanwhile, Kurt is on the trail of the Black Circle, unaware that it may lead him to his own home. 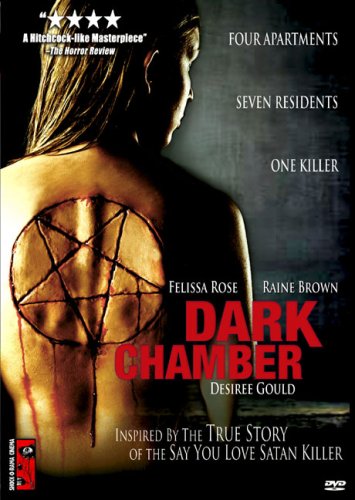 Under Surveillance (later retitled Dark Chamber) is a gripping and original thriller which confidently twists its protagonists (and antagonists) around what could have been a relatively straightforward plot. The large cast of characters, many of whom never interact outside their own immediate relationship, are well-drawn and believable. Campfield directs with a slick professionalism while DPs Xavier Rodriguez and Andrew Seltz make the film look more expensive than it presumably was with great camerawork, especially within the confines of the van. The Black Circle, who favour half-black masks and pentagram tattoos, are mysterious, threatening and not overplayed and there are some really quite scary moments when they appear.

This is an impressive debut feature which displays Campfield’s obvious cinematic talents to the full.