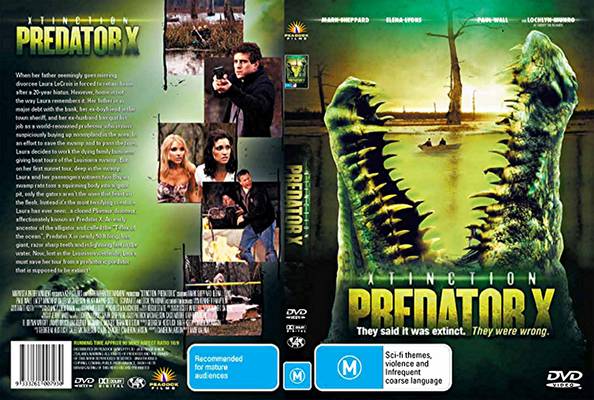 No, it’s not the ninth sequel to Predator. It’s actually a SciFi Channel movie about a giant pliosaur. And it’s not terrible. It’s watchable. And in a world where things like Attack of the Sabretooth get made, that’s quite an achievement.

The inspiration of this film was evidently a palaeological discovery on the Norwegian island of Svalbard in 2009. A handful of pliosaur bones from a previously undescribed species implied that the creature was enormous, about 50m long. Way bigger than any other pliosaur and a contender for the title of most impressive and fierce prehistoric marine reptile of all. Pending full analysis, the animal was dubbed ‘Predator X’.

Oho! (cried the producers of this film) - that sounds like a SciFi Channel monster! And so this feature was quickly bashed out, although for some reason it seems to have initially been broadcast under the title Alligator X(!). The DVD calls it Xtinction: Predator X. I smell studio lawyers, to be honest. Not that the title really matters because what we have here is an off-the-shelf creature feature with some fun performances, crappy but not disgraceful CGI effects, a competent script and occasional moments of directorial flair. 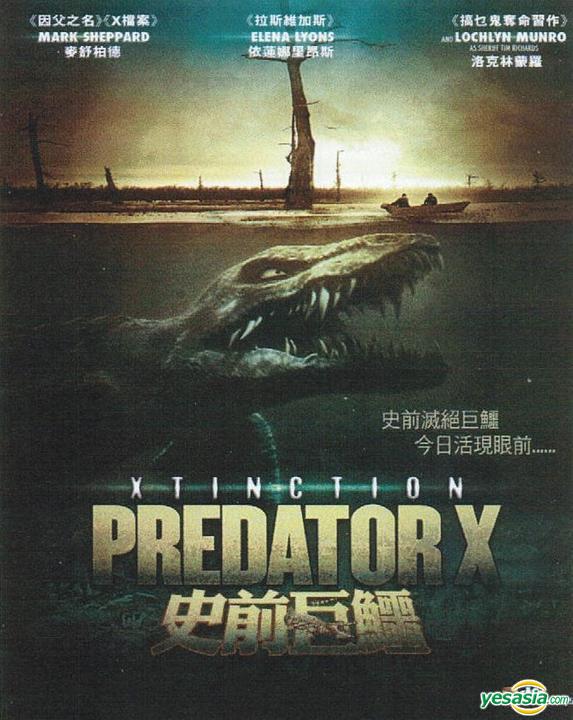 Elena Lyons (Devil’s Prey) stars as Laura, returned from the big city to the Louisiana bayou where her father Pappy runs a swamp tour boat business that’s not doing so great, a situation not helped by the recent disappearance of Pappy himself. Lochlyn Munro (Needful Things, Trancers 4, Scary Movie, Dracula 2000, Freddy vs Jason) is Tim, the local Sheriff who carries a torch for Laura. And British-born Mark Sheppard (Megalodon, Evil Eyes, Supernatural) is Charles, her ex-husband who is some sort of geneticist or palaeontologist or herpetologist or, well, ‘scientist’ of some sort. He was a university professor but was dismissed for unethical practices.

Something big and nasty is swimming in the swamp and it doesn’t take us long to see that it’s a big CGI pliosaur, just as promised on the DVD sleeve. The creature itself is not too bad – and used sparingly – but what lets it down is the way that when it surfaces, splashing around and chomping on folk, there’s not a ripple on the rest of the water.

Lacey Minchew (Wolfesbayne and a 2009 version of The Dunwich Horror) and Gabe Begneaud (Ghostquake) are Mandy and Matt, a young couple who are Laura’s only customers; he’s a marine about to ship out who wants to propose to his girlfriend as the sun sets over the swamp. Rapper Pall Wall is Froggy, Laura’s less than competent mechanic, while Caleb Michaelson (director and star of Supernatural Swamp Slaughter!) is Tim’s brother Henry, a wet-behind-the-ears deputy. But the main bad guys are the Boudreaux Brothers: weaselly Barry (Ricky Wayne: House of Bones, Monsterwolf, Flying Monkeys, Mosquito Man and a 2014 remake of The Town That Dreaded Sundown) and hulking, slow Larry (Scott L Schwartz: Shock ‘Em Dead, Centurion Force, The Scorpion King and Hagrid in a very unofficial thing called Harry Potter in the Hood!). They’re the ones feeding the beast on unlucky passers-by, but who are they working for, eh? I wonder which of our main cast could have the scientific knowledge to somehow recreate a huge, prehistoric reptile… 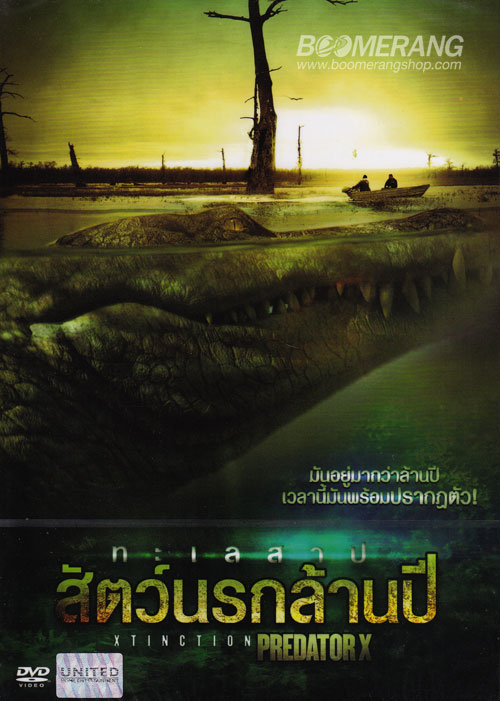 Quite how this scientific miracle has been achieved is glossed over. The crux of the plot is that the bad guy wants to buy the area of swamp owned by Pappy because the brackish water there is sufficiently saline for the marine creature to live. There is some discussion of how osmosis works but it’s all moot of course because the beast is quite clearly happily swimming about all over the place. And it has a nest with eggs, presumably created through parthenogenesis, which will hatch out and destroy everything, except that the nest is swiftly forgotten anyway.

The meat of the movie is Laura and Mandy escaping from, then being pursued by, Barry Boudreaux who is a surprisingly effective and nasty psycho character and certainly more interesting than the real villain. This part of the film has the advantage of featuring relatively little of the dodgy CGI creature and features some real tension as the two women, tied to chairs, attempt to extricate themselves by either physical or psychological means.

Along the way, some characters we really care about get hurt or even killed and there are just enough touches of directorial style, little bits of roving camera-work for example, to show that at least some of the people involved cared about what they were making. The denouement, however, is literally out of nowhere as a previously unseen character suddenly saves the day.

Director Amir Valinia’s other credits include another X-film, Outbreak X (aka Mutants) plus Dream Home and Carnivorous aka Lockjaw: Rise of the Kulev Serpent. He also directs music videos and hiphop themed pictures like Da Block Party. 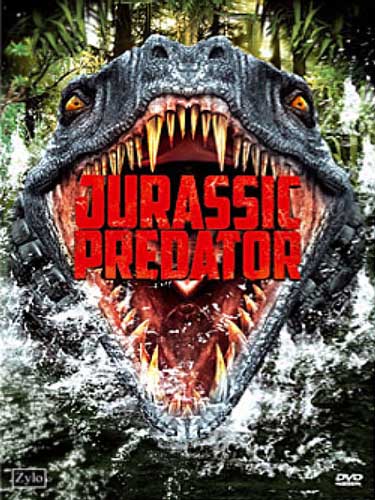 The visual effects were handled by Scott Wheeler’s company Rogue State; Wheeler’s other credits include Avalanche Sharks, Sand Sharks, Dragon Wasps, Poseidon Rex, Boa vs Python and a bunch of The Asylum titles including Mega-Shark vs Giant Octopus and Mega-Piranha. Cinematographer John Lands must get fed up with being mistaken for John Landis; editor Christian McIntire worked on the likes of Velocity Trap and Darkdrive back in the 1990s; production designer Robert W Savina started out on sex comedy All-American Orgy; and composer Kenneth Hampton has gone on to score such modern-day classics as Vampires: Rise of the Fallen, Moon Creek Cemetery, Diary of a Serial Killer, Blood Redd, The American Werewolf Project, Lazarus Rising and Cannibal Zombie.

We’ve all seen a lot worse than Xtinction: Predator X (which is also aka Jurassic Predator!). It’s a reasonable way to pass 80-odd minutes and won’t make you shout at the screen or bang your head on the wall. Ironically, the real Predator X, or Pliosaurus funkei, turned out to be smaller than expected, although still quite large.