I interviewed legendary producer Ed Pressman on a double decker bus at Shepperton Studios in June 2006 when I was visiting the set of Mutant Chronicles. 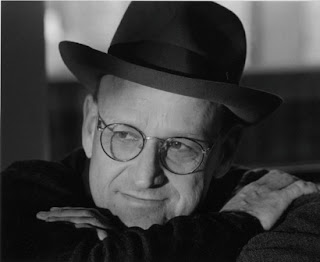 When did you first become attached to Mutant Chronicles?
"I think it was 1990. I was introduced to the property back in 1990 and started developing it. I don’t know the exact years but I think in 1992 or so we were supposed to start doing it with Fox. Steve Norrington was supposed to direct it. We had it set up right after The Crow came out, but that came out in 1994 so my years may be a little mixed up. But we had it set up at Fox and Steve wanted a young actor named Russell Crowe. Fox said no way. He’d just come out of a film that Brett Leonard directed at Paramount that didn’t do very well so they didn’t want Russell Crowe.

“So we lost our director and it remained dormant for many years. Then I met Simon Hunter five years ago and we talked about it but it didn’t go anywhere. Then a year and a half ago Simon said he had a way of doing Mutant Chronicles that was very different from what we’d talked about in the past and very different from what we’d talked about with Steve Norrington. He would like to show us a sample of what the film might look and feel like if we would sponsor a seven-minute presentation using the new technology which he’d become familiar with over the intervening years. 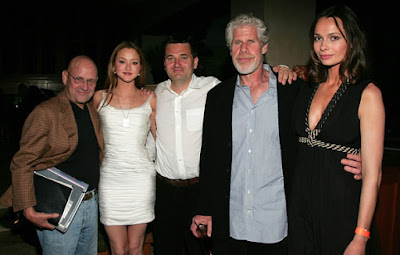 “He used a lot of the technology that Rodriguez had used in Sin City but Simon hadn’t seen Sin City. This was his own version of that but applied to a very different genre than Sin City was. So he did this seven-minute trailer which was very impressive. Based on that we were able to attract Thomas Jane and John Malkovich and even before we had the full cast, Nigel Green came in and other distributors around the world which enabled us to make the film purely based on Simon’s vision as presented in that seven-minute trailer."

Do you think it’s to the film’s advantage that it’s being made now, rather than the 1990s, given how effects technology has advanced?
"Absolutely. From what I’ve seen so far, the film has a very original look. It’s not derivative of so many films that came after Blade Runner and looked at the future in a certain way. Even after The Crow, there was a kind of cinematic vision that was often imitated. Simon’s vision is quite original and to make a science fiction film which is like the opening of Saving Private Ryan with mutants is a very striking, new way of doing such a movie, which wouldn’t have been possible to do back then." 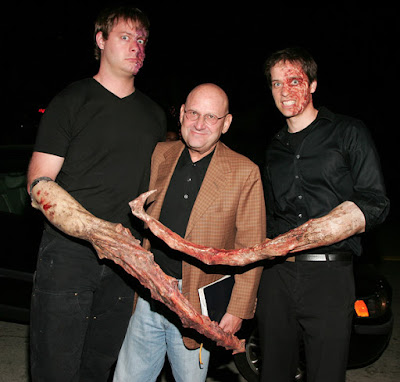 Shooting an advance promo is something that micro-budget films have done but hasn’t really been tried in a film of this size before. Do you think that’s a sales model that will become more popular?
"I think it certainly should be. I guess it depends on the kind of film being made. This had a very distinct, immediate effect. Just by seeing one minute of it you got the point. Certain other films may not have such a visual sensation that a few minutes would clearly indicate. For a certain kind of movie where you’re trying to show a certain style and visual approach that’s something different, I think it is a good idea."

How has the script changed?
"Oh, the script changed radically. After the Mutant Chronicles script was first done, there were things from that script which got used in other movies like Pitch Black and its sequel. They almost seemed derivative of what the original Mutant Chronicles script was. So we had to really reconceive it and Simon wanted to reconceive the story and the script so that it wasn’t derivative of itself or the films that followed it. A lot of work was done, ironically with the original writer because Simon went back to Phil Eisner after going through four other writers. In the intervening years there were five writers that took a hand in doing versions of the script and in the end it came back to Philip who was not attached to his original words and made some major changes under Simon’s guidance." 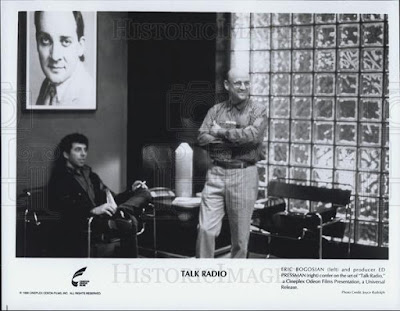 When you met Simon, had you seen Lighthouse and what did you think of it?
"I thought Lighthouse was a very impressive first film with a very modest budget, a successful job. With Simon himself and getting to know him, the biggest impression was seeing his command of the technology which was very impressive. Again, that was through the process of working with him on this little seven-minute trailer. It wasn’t simply talking about what he could do but actually executing it and coming in under budget, and getting to know him. When we first met, I remember that the director he most admired was David Lean so he was actually bringing a storytelling element to a different kind of genre and I think that’s a great combination, to not just be about the effect and the appearance but also to know about good storytelling. As a film-maker, I think he’s going to have a very bright future."

There’s a very long post-production schedule and it’s not out until 2008. How can you maintain the interest of distributors and audiences in something that takes that long?
"That’s an interesting challenge and that’s something that we’re wrestling with right now. My initial impulse is to announce with a teaser ad in the trades that production has begun on the Mutant Chronicles but it doesn’t make sense to say ‘coming spring 2008’. Do you want to start laying the groundwork on something that’s so far away or does it make sense to lay low until further down the line?" 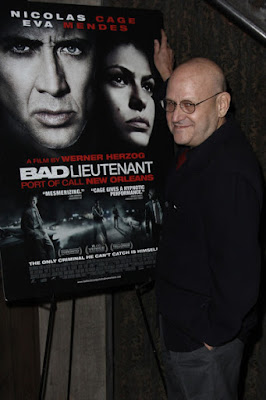 Do you see Mutant Chronicles as a potential franchise?
"Yes, I certainly do. The world of Mutant Chronicles is very rich and there are many stories that could be told. It’s something we’ve always felt and I think Simon agrees. The first film is going to be very bold and R-rated and tough, something that’s not trying to compromise in any way on what a film should be. Down the line we could soften it up and appeal to a broader fanbase but right now we’re going for the hardcore audience."

You seem to have a lot of interesting projects in development. What’s coming up next?
"From an effects point of view we have an interesting movie coming out in November which is called Fur which is a film Steve Shainberg directed, the fellow who directed Secretary, with Nicole Kidman playing Diane Arbus and Robert Downey Jr paying this very hairy man. Kind of a compilation of all the freaks that Diane Arbus photographed are in the person of this almost wolfman character that Downey plays and the relationship between the two. We just finished shooting a film called Sisters which is a remake of the Brian DePalma movie."

That’s Douglas Buck’s film, isn’t it?
"Doug Buck is the director and he’s done a splendid job. We’re seeing the first cut, the director’s cut in two weeks. It stars Chloe Sevigny and Stephen Rae and a young French actress named Lou Doillon. We hope to have that ready to show the world at the end of the year."

A lot of people have been waiting a long time for Doug to do a proper movie because his shorts are so extraordinary.
"We were introduced to him through another film-maker named Larry Fessenden who was executive producer on the film. He told us how Doug was such a fan of Sisters and introduced us to his shorts, so that’s how that got going." 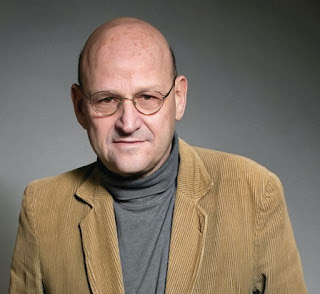 I notice that you’re also lining up a remake of Phantom of the Paradise.
"That’s right. That’s something which we’re looking for the right director because the original Phantom has a real cult following. There’s a convention every year in Vancouver now for Phantom of the Paradise fans and they invite Gerrit Graham and Bill Finley and treat them like kings. I think doing a film about the music business today could be a very exciting movie but until we find a film-maker it’s just an idea right now.”