Here’s why I won’t be reviewing films any more

This isn’t a fit of pique and I’m not upset about anything. I love writing reviews on my website and I would love to carry on writing them. It’s just that I want to do something else. I want to write something else. 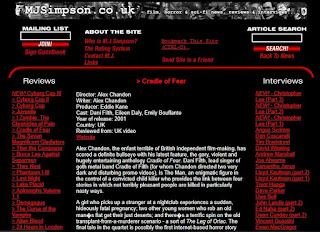 When the original version of my website was launched in January 2002, the web was still in its first decade. YouTube wouldn’t be invented for another three years, Twitter a year after that. There were only four Harry Potter books. It was less than a year since Douglas Adams passed away. The BBC had no plans to revive Doctor Who.

Since then, lots of other movie review websites have come and gone.  To the best of my knowledge, no single author film site has lasted as long as mine.

This, my friends, is why I’m regretfully packing in the film reviewing. I will be 50 next February, and while I am incredibly proud of my three published volumes, it irks me that I haven’t written more. I have several in various states of completion, not least the long gestating biography of Elsa Lanchester, which I would love to get finished in time for the 2019 remake of Bride of Frankenstein.

I'm also working on a massive catalogue of all 21st century British horror films (so I’m still writing reviews, but in 200 words not 4,000). I also have several non-film-related books I want to write.

What irks me even more than my lack of literary production is that, as I approach my half century, I don’t have a feature film writing credit. Ever since I was at primary school, I have written scripts. Back in 2002 I was finishing off my Masters Degree in TV Scriptwriting – but in those pre-Who days there was no market for sci-fi, fantasy or adventure. 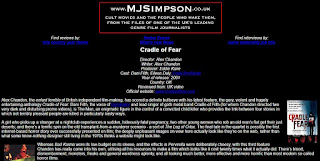 My scriptwriting ‘career’ has been one of near misses: an episode of Urban Gothic (promptly cancelled); an unmade episode of the Captain Scarlet remake (stories about Gerry Anderson turned out to be true, though I did at least squeeze some money out of him); a version of Xtro 4 for a guy who claimed he owned the rights but didn’t; an adaptation of The Beetle which Variety claimed I had sold to Hammer (I hadn’t); and so on. The only script of mine that ever got made was Waiting for Gorgo, a 17-minute film that spent two years in post and then wasn't submitted to any genre festivals. Sigh.

I have spent 15 years analysing what does and doesn’t work in films, particularly low-budget independent British horror films. Theoretically, I should be the go-to guy for screenplays. But not once has anyone come to me and said, “Mike, I need you to write a script for me.” (Actually a couple of people did, but neither worked out and they joined the near-miss pile.)

I know some people who want to write meaningful, artistic works, or aspire to one day write the next Hollywood blockbuster. I don’t. All I’ve ever wanted to do is write some silly microbudget monster movie that people will complain about on Amazon. That’s what I love watching, that’s what I want to write, instead of writing about.

And if you’re thinking: go out there and make the films yourself. I appreciate the sentiment, but I have no desire to direct, and have neither the business skills to produce nor the technical skills to do anything else. All I do is write. I pick the right words and put them in the right order. It’s all I’ve ever done, all I’ve ever wanted to do. I’ve been told I’m quite good at it. It’s paid the rent, in one way or another, for 22 years.

But it seems to me that what has stopped me from writing the books and screenplays I want to write is spending all my spare time (outside my writing day job at Leicester University) writing my website. While I’ve been reviewing Zombiesaurus and its ilk, I’ve not been finishing Elsa Lanchester: Bride of the Hunchback or My Big Fat Zombie Wedding.

This website will stay live, and I’ve got a handful of reviews I’ve promised people that I’ll get up over the summer, but as of now I’m not accepting any more review copies. If you care to send me a screener, I’ll certainly appreciate it and will tweet about it enthusiastically. But there will be no more reviews. Sorry.

I’m also knocking my British Horror Revival blog on the head. Hardly anyone ever looks at it anyway. I’ll keep both Twitter accounts going. I’ll also keep writing my column for Scream.

It’s been a great 15 and a half years. Coincidentally that’s exactly how long I’ve got to retirement (if I make it that far..., cough cough) so now seems a perfect time to change direction.

Finally, I want to thank absolutely everyone who has helped me: people who sent me screeners, or invited me to screenings, or agreed to interviews, or commented, or tweeted or contributed in any way. Cheers, folks!
Posted by MJ Simpson at 18:04 16 comments: 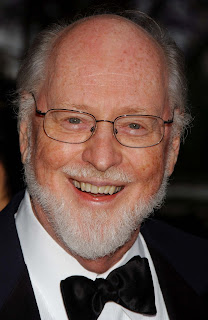 What would you rather be asked instead?
"It depends who's asking!"
Posted by MJ Simpson at 17:59 1 comment: