Alan Ronald, director of Jesus vs the Messiah, kindly submitted to an e-mail interview in April 2008. 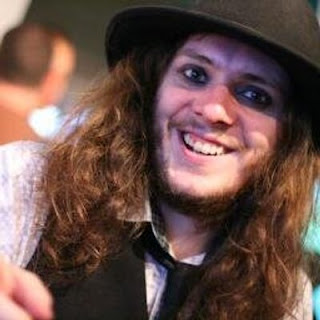 How closely does the finished version of Jesus vs the Messiah resemble the film you set out to make?
“Obviously when working with such a low budget you have to take into consideration certain things which may not be possible. The interesting thing about the film is that at no point did I feel we were making compromises, at least not ones that were detrimental to the movie. Looking back over all of the various drafts it has certainly changed dramatically. The first draft was an over-the-top action movie which included, believe it or not, a fight in space! Obviously that particular tone was quickly scrapped but although the set pieces in the first draft were utterly ludicrous it did give me the chance to get into the workings of the characters themselves. Which in the end proved to be more interesting to me than the set pieces surrounding them.

“In the end it meant that the story presented itself quite organically, based on the locations available and the things we were capable of doing. I am always very open to ideas from actors and crew which means that things can change as filming goes on. My main concern is to ensure that with all this input that I remain focused on serving the initial idea. The core of the film remains exactly what I set out to do, but the finished film itself is representative of a lot of talented people bringing their own ideas and suggestions to the premise.“

What are the advantages and disadvantages of having such a small cast and crew?
“Having a small group of people really gives you free reign creatively. There are not too many voices on set and you can work closely with everyone. The size of the crew was never an issue for us, at no point during the filming did we feel we didn't have enough hands on deck. in fact on some days it was quite the opposite and certain members of the crew would be left twiddling their thumbs while we shot a scene. Obviously not every movie can be made with quite as few people as we had, but in this case it was certainly a huge advantage. Plus it makes for a cheap round at the wrap party.” 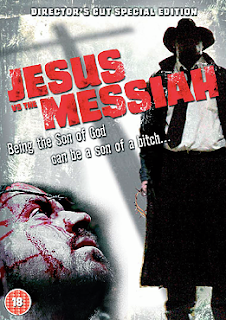 What aspects of the film (apart from the hat) do you think categorise this as a western?
“I think a lot of the western iconography was a fairly subconscious thing. Certainly when I was writing the first few drafts it never occurred to me that it would be categorised as a western. Obviously the figure of 'The Messiah' is straight out of western imagery and there are lots of parallels both visually and tonally to the genre, but it was never a conscious decision. It wasn't until we were shooting that I started to feel that my direction was evocative of westerns, but I didn't really give it too much thought at the time. I simply shot things the way I thought best served the story and would make it most interesting to the viewer. I am a big fan of the films of Sergio Leone as I think are most filmmakers. I certainly watched The Good, the Bad and the Ugly a fair few times when I was younger so perhaps it seeped into my subconscious.

“When the film was completed I showed it to my dad. I told him I was having trouble describing to people what sort of a film it was and he suggested that it was 'a Biblical western.' That was the point when I knew what kind of film I had made.”

Where has JvtM been shown and how has it been received?
“We previewed the film at the FilmLive! festival in Edinburgh. We had some really great responses to it. The majority of people I have spoken to seem to enjoy the film, and although in some cases it was not always what they expected, they seem to have gotten more out of it than they thought they would. The entire film hinges on whether or not you believe in the characters and people seem to have no trouble with that aspect of the film which, considering the subject matter and the leaps the audience are asked to make, is something I am very proud of. I think it is to the credit of the actors that the audience connects with characters as much as they do.

“The best thing about people's reactions is that they all come up with their own stories and theories on whether or not Jay and The Messiah are really who they say they are. The fact that after people have seen the movie they always seem compelled to discuss aspects of the characters is to me the greatest reaction you could hope for.” 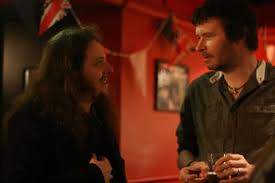 How did you get involved with Pat Higgins and how has your work for him developed over the course of the four features you've worked on together?
“I first got involved with Pat when he was making TrashHouse and I came aboard as his director of photography. I sent him a sample of my work and he invited me to come to an industrial estate in Southend and spend two weeks shooting a zombie movie. How could you refuse an offer like that? To be honest I think when I worked on TrashHouse I was fairly inexperienced as a DoP. Pat's ideas were very ambitious and half the time I had absolutely no idea how to achieve the things he wanted on screen. As intimidating as that was at first I soon came to love that aspect of making movies with Pat. Pat has such an enthusiasm and genuine love for the process of making films that you can't help but do everything you can to try and give him what he wants.

“TrashHouse was something of a learning experience for all of us and there were certain elements of it that I was not happy with in terms of photography. When it came time to shoot KillerKiller and HellBride I leaped on it, both as a chance to put into practice the things I had learned since TrashHouse and also just to work with Pat again, which is always unpredictable and incredibly satisfying. After the low-walled sets and wobbly doors of TrashHouse, shooting in Warley Hospital for KillerKiller seemed like a gift from Pat. There was nowhere I could point that camera that didn't look fantastic. He made my job very easy on that one, which may be why he shot HellBride at the same time - didn't want us getting lazy!

“Recently I have helped Pat with The Devil's Music, which is fantastic. He was even brave enough to cast me as ZC the stoned drummer! Working with Pat was one of the catalysts to go out and shoot Jesus versus the Messiah. His productions really served as inspiration that if you are enthusiastic and dedicated enough there really isn't anything you can't achieve, regardless of budget. I always look forward to getting a new Pat Higgins script and as long as he wants me around I'll be there to accidentally record important scenes on to head-cleaning cassettes.“ 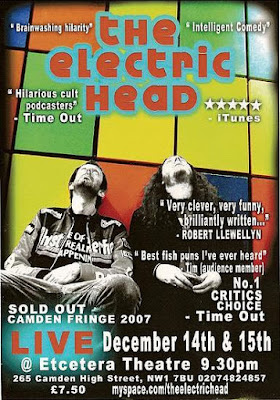 What are you working on now or in the near future?
“There are a few things I am writing at the moment. Hopefully I will be going into production on something new at the end of the year. I don't want to say too much about it in case it doesn't work out but let's just say it may be a chance for me to satisfy my urge to make a zombie movie. I think every director has it and I want to get it out of my system!

“As well as that I am writing and performing with 'The Electric Head' a comedy act which involves myself and Cy Henty , who apparently played some roles in some movies at some point as well. He tells me was in KillerKiller, HellBride, TrashHouse and The Devil's Music but I certainly don't recognise him and I never forget a face. At the moment we are writing and recording our second series of podcasts which is available via iTunes.

“I also wrote Jack Says, a contemporary film noir starring the late Mike Reid, Rula Lenska, Eric Cantona and Jesus himself Simon Phillips which has just been shown at the London Independent Film Festival and is due for release later this year. I also hope to arrange more screenings and a DVD release for Jesus versus the Messiah so stay tuned!”