Chris Ruppenthal was the Supervising Producer and writer on Lois and Clark: The New Adventures of Superman. I interviewed him by phone on 22nd February 1996 for SFX's big Lois and Clark feature. 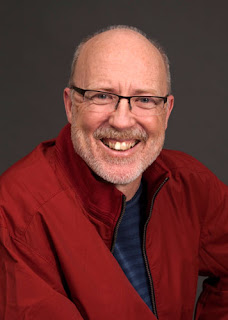 As Supervising Producer, are you pretty much running the shop?
"Well it's pretty much clear. There's Executive Producers, Brad and Eugenie and Bob Singer, and then there are two Supervising Producers under them, me and John McNamara, and other people under us. But I'd say we're all pretty much equals in some ways, in how we write our scripts and deal with that. Then in the final moments is when the Executive Producers will have final say on script dialogue or casting or anything else like that."

When you're writing a script, do you have to pitch the idea?
"What we usually do is we all sit around in a room and try to determine where do we want the series to go for the entire year, and then in the shorter term, where do we want to go in the next three or four episodes, if we have a story arc. So then we say, 'Okay, I'll take the wedding episode, then we'll do one here where this happens, after the wedding' and there's a three- or four-part arc about Lois and Clark getting married and what happens afterwards. Then we will generally discuss: 'Okay, you're doing this episode. We need to set this part of the story up, or resolve this part of the story arc, or whatever.' Then we individually go away and write a short outline of what we'd like our own individual episode to be.

“Then we turn in the outline, everybody reads it, we all sit down again and give notes to each other on the outlines. We can say, 'Gee, I think the end of act two is sort of weak,' or 'Boy, I love this thing. Can we have more of Lois and Clark doing this?' Or simple questions like, 'Now why did they find the bent spoon outside the doorway?' and you go, 'Well, it's obvious isn't it? Because of this…' So we just go over it and, if we need to, we revise that outline and go over it again. That gets the final stamp of approval and then we go off and write a script." 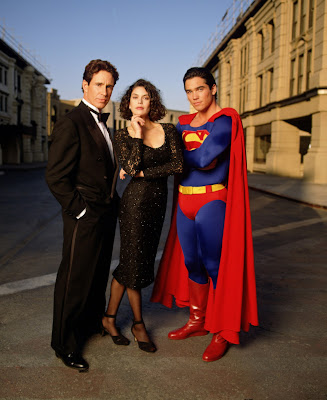 Some of the things that are happening in the series are pretty major. Do you have to clear them with DC Comics?
"Every script we write, when we have an outline for an upcoming episode we send an outline to DC Comics. And the President of DC, he sends notes back to us with his comments on it. We take those into consideration but we are not slaves to them. It's not only DC but more how our own studio, Warner Brothers, and also how ABC Network feels about this thing. They had some concern about Lois finding out that Superman and Clark Kent are the same person, so we had to allay their fears and tell them, 'Don't worry, the series won't die once she finds out. There are plenty of good things we can do with her knowing about Superman.' So it's much more the network and the studio rather than DC. DC's been pretty supportive of what we do. Even if they don't agree on it – which they often don't – they still remain pretty supportive."

Do you think the series has a natural lifespan, or will it go on indefinitely?
"I can see it going on for quite some time. I certainly can see no difficulty in the series going three or four more years. Then we'll have been on the air for six years, and after six or seven years, I think almost any series gets a little tired. But I think certainly Lois and Clark could go on for a number of years and be quite entertaining, and just slowly and surely move forward in the progression of Lois and Clark and their relationship."

What did you do before Lois and Clark?
"I've done a lot of things. I worked as a consultant on two episodes of The X-Files. I worked on Quantum Leap for three years. I worked in London on a short-lived American series called Teddington Cross. It only aired one time – the pilot – in England but I had offices in downtown London and we shot out at Shepperton Studios. It was a sort of mediaeval family drama and it starred Nigel Terry, Cheri Lunghi, James Barker, among others. Jonathon Firth was in it. Then before that I worked on Moonlighting and I also worked on a comedy called Sledge Hammer. That was what I first started writing on in television." 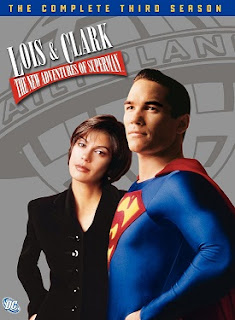 Is there a difference between working on fantasy series and more realistic series?
"All the series I've worked on have all been character driven. As science fiction-y as Quantum Leap can be or even Lois and Clark can be at times, they're very much character driven and that's certainly what appeals to me. And usually male-female character driven, the romantic angle. It can be different. I find some shows just don't appeal to me. There's something about that man-woman battle of the sexes that I find very entertaining and enjoyable to write about and explore. I think that helps separate it from other series.

“As far as the science fiction attitude, we try not to view it ourselves as science fiction. We have a dual personality: one is the Lois and Clark relationship which is our main focus; and the second one is an entertaining villain that sometimes is just comical, sometimes a little serious. That appeals to me because it stretches your mind. What's fantastic that you can come up with that's not so unbelievable as to be a turn-off, but also is entertaining? It's trying to balance those two worlds – relationship along with fantastic action – that's fun and a challenge."

I get the impression from people that Lois and Clark is a fun series to be on.
"It is a fun series to be on, it really is. You have to take it with a grain of salt because we sit there in intense discussions, debates - if not arguments - about some aspect of a story. Then suddenly we'll all go, 'Whoa, whoa, whoa! Wait a minute! We're talking about a guy who wears tights! I guess I can believe that a mad scientist would do this.' We have an episode that's filming right now where there is a device in it called the 'vibro-whammy'. It's so ridiculous and wonderful-sounding, and then you have debates over this imaginary thing: 'Well, how does the vibro-whammy work?' 'Can it really do this? I don't think a vibro-whammy could do this to a person?' So then you make up rules about what a vibro-whammy can or cannot do. This was a script by David Simpkins and it's just a wonderful device. It's a perfect example of a wonderful thing you can do which will help the story along. You create this imaginary evil machine, and yet it helps the Lois and Clark relationship in a way. So that's one of the fun things about Lois and Clark." 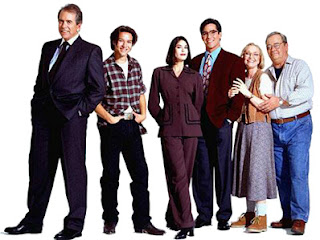 What are the cast like to work with?
"They're very nice. Dean and Teri just have that magic chemistry. There is some special vibe that goes on between them that comes across on screen and makes it enjoyable to watch their relationship. You really want to invite them into your home and figure out what's going to happen to them this week. They pretty much will do anything you say as far as: 'Lois is thrown into a giant mud-vat and then is chased across the airport runway.' Teri Hatcher's game to do that."

It does seem that nearly every episode finds some way for Teri Hatcher to get into some interesting costume. It seems like people are going out of their way to say, 'What can we get Lois to dress up in this week?'
"I confess, we sometimes think about that. Also I think Teri is very proud of her looks, and rightfully so. So I don't think she's averse at all to doing that. She won't do anything too risque or too revealing but she's happy with the way she looks, and we're happy she is!"

You've got to be careful. It's a family show.
"Exactly."

What about the minor characters like Jimmy and Perry? Do you prefer to integrate them into the action or use them as comic relief?
"It varies from episode to episode. Sometimes there's only room for them as comic relief or to help explain story points or exposition or something like that. Other times, it's very interesting to have the emphasis on a story about them. Towards the end of Season Two of Lois and Clark we did a story called 'Target: Jimmy Olsen' which was obviously about Jimmy. And there's one in season three coming up called 'The Dad Who Came in from the Cold', which is about Jimmy's father appearing. Then we've given Perry White a little bit of a character arc this whole season, season three, which is: he breaks up with his wife Alice, who we've never really seen, and starts to enter into a divorce with her, and then will go through the trials and tribulations of starting to date. As an older, middle-aged man dating, he's a little leery about the whole thing. 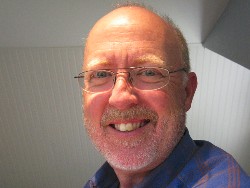 “So we try to give all our characters a little bit of an arc so they aren't just totally comic relief or something else. It's difficult to juggle all these plotlines in every episode, so some episodes have more Jimmy and Perry in them than others. Or something will happen when we find a character that we like and it helps. There is a scientist, Dr Klein at Star Labs who first gets introduced I think, in 'The Dad Who Came in from the Cold'. We've just found out that we'd like to use Dr Klein. We like the actor. We'd like to go to Star Labs and have a little comic moment with him. He's fun. So sometimes there's just a fortuitous and happy discovery."