Actor Dan Richardson came to my attention for his terrific performance in The Harsh Light of Day. He very kindly answered some questions by e-mail in April 2012. 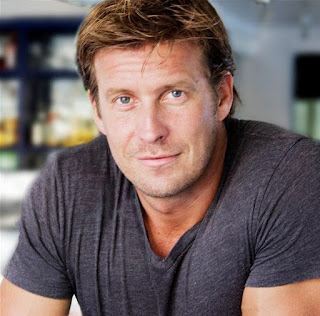 What attracted you to The Harsh Light of Day?
“From the first time I read through it, I was so impressed with the script. I really liked the way the story flowed and, more particularly, I loved the dialogue. Even while I was reading the script for the first time, I was struck by how much I liked the lines for my character and I remember getting really excited at the prospect of auditioning because the words immediately captured my imagination and inspired lots of ideas for different ways it could be delivered. When that happens right off the bat, you know you're onto a good thing and that you're a good fit for the character (at least in your own mind!). I just really wanted to get stuck in!

“I met the director, Ollie Milburn, and the producer, Emma Biggins, at my first audition and it was obvious right away that they were lovely people who were seriously driven to make a good movie. I knew I'd have a great experience working with them and between that, the script being so impressive, and the fact that it was my first lead role in a feature film, I had never been more excited at the prospect of landing a part!”

There have been so many cinematic vampires over the years: what aspects of the archetype did you try to capture or avoid in your performance?
“I was really lucky in the sense that Ollie had written a character which brought something of a new dynamic to the vampire genre; a reluctant vampire. It becomes obvious in the film that Ollie wanted to do away with some of the vampire cliches, and the way it's written definitely played a large part in determining how far, or not, I would go with the vampire element.

“Given the choice, I'd always aim to do something a little different, find something as unique as possible and try to keep away from traditional stereotypes while serving the expected and logical archetypes. Fortunately for me, the way Ollie had written and envisioned my character was more or less a perfect fit for how I'd have wanted to play it if I was left to my own devices.

“There were some golden rules which had to be adhered to, rightly so, such as the daylight issue that the movie title alludes to, but what I personally was aiming for was something much more human than what would be expected from a vampire. At it's core, The Harsh Light of Day is a deeply human story and I felt the best way I could serve that story was to remain as human as possible, despite becoming something non-human. Hopefully that makes the film itself, and my character, something audiences can relate to more readily and therefore something which they will be more affected by.” 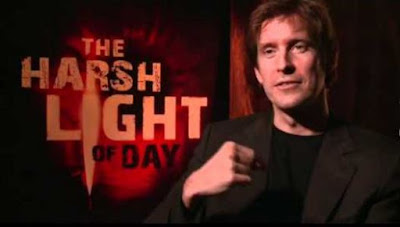 You also spend part of the film in a wheelchair: what difficulties/sensitivities are involved in an able-bodied actor playing a disabled character?
“That's a great question and it's something that Ollie and I took very seriously. We did some research into paraplegia and one thing we learned very early on is that it usually causes paralysis from the torso down, not from the waist down. So the full extent of paralysis is practically impossible to recreate authentically, especially when it comes to what's known as 'paraplegic transfer' - moving from a sofa to a wheelchair, for example. It's one thing not to move your legs, but it's something totally different to consciously stop using your midsection from the belly-button down, in fact I found it impossible.

“It's a significant and important element of the story and of my character's life though, so we took it very seriously and did the best we could. Ollie was also very kind to me in the sense that he would shoot around it where necessary and avoid making me look like a fraud! As far as my legs were concerned, I made a point of crumpling them over to one side while I was sitting in the wheelchair. Eagle-eyed viewers might spot that there's a point, before I regain the use of my legs and while I'm still wheelchair-bound, when my legs have changed position. That was a conscious choice I made for a very specific reason. I'm not even sure Ollie noticed that one, but he will now!”

What is your own background and how did you get into acting?
“This is all relatively new to me actually! In my previous life I was in IT sales, working with companies such as Compaq and Apple Computer. It was a great industry, I have lots of wonderful friends from my time there, and I always enjoyed the 15 years I spent in it. In 2006, while I was living and working in Vancouver, Canada and still working in a regular sales job, I found myself with a lot of spare time and decided to do something constructive with it. I thought about taking skiing or foreign language lessons but decided on acting classes. I can't even say it's something I'd always consciously wanted to do (I'd have done it much earlier in life if that was the case) but I had definitely always had a major passion for the magic of the movies.

“I found a wonderful acting school called School Creative in Vancouver and signed up for a Saturday afternoon class. I remember the first moments of the very first lesson I took there, with Kirsten Clarkson who owned and ran the school. She asked me to choose a cause of death (I'd be stabbed), pressed 'record' on her video camera and said, ‘Action!’. That was the first time I'd ever acted, apart from being a tree or a goat in the school play. Then she had me do it again, only this time it was my brother who stabbed me. Right at that moment, at the grand old age of 34, I realised I'd found my passion in life. I instantly fell in love with the craft of acting and decided right there and then that I was going to become an actor.

“For the next nine months I took lessons on Wednesday evenings and Saturday afternoons with some truly amazing teachers - Elias Toufexis and Nathaniel De Vaeux and Trish Allen - and the following year I moved back to London to pursue acting professionally. I went full time in late 2008 and I've been living my dream ever since! I really have to say that anything I've achieved has only been made possible due to the incredible support of those teachers as well as the trust and generosity of the very talented directors, including Ollie, and fellow actors with whom I've had the extraordinary good fortune to work so far.” 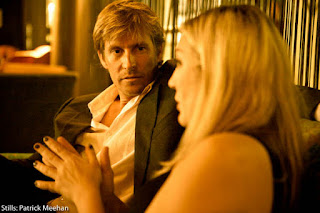 You have recently made a giallo-style thriller for Vince D'Amato (director of Vampires vs Zombies): what can you tell me about that?
“I can tell you that it will be a very different and very stylish! Vince is an incredibly talented film-maker; a thought-leader. His mind works in such creative ways and watching him work during the shoot, you could almost sense his overall vision confirming itself in his mind as he saw it through the lens. Reversed is such a unique and ambitious concept, it has the potential to really capture the imagination.

“I was lucky enough to shoot some of my scenes in Milan, Italy, and I won't spoil any surprises by saying exactly where we shot it, but suffice to say it was one of the most surreal and unusual locations I've ever worked in! I'm so intrigued to see what Vince comes up with. I believe he is some way through the first edit so it probably won't be too long before we see what he's got in store for us.“

And what can we expect from Vamlet, the Undead Prince of Denmark?
“Hopefully a really good laugh! Vamlet is another creation from the brilliant mind of Terry Miles (writer and director) who I've had the great good fortune to work with several times now. Vamlet is the sequel to When Life Was Good which was selected for the Toronto International Film Festival in 2008. That was a comedy and a drama in equal measure. Vamlet takes the same characters, as well as a few new ones, and is an outright comedy.

“Terry has a wonderful sense of humour and he wrote some real comedy gems for this one. He's also one of those daring directors who allows his cast to improvise to a great extent, so while Terry provided the structure and a defined end-point that had to be reached in each individual scene, a lot of the dialogue is made up on the spot and that meant he often got something unexpectedly funnier out of us. It also makes for more organic, potentially funnier reactions from other people in the scene. Terry seems to know instinctively what will translate to 'funny' on screen. 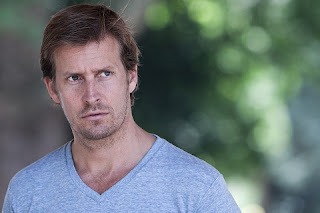 “Some of the stuff we shot for Vamlet was so difficult to get through without laughing, but Terry almost insists upon that because he knows, within certain parameters, if it's painful for us to film it without laughing, that often translates to the audience in the cinema laughing as well. The cast of Vamlet includes some really wonderful and very funny actors who I'm totally in awe of - Casey Manderson, Kristine Cofsky, Priscilla Faia and Rob Carpenter to name a few. It's always such a pleasure and an honour to work with actors like that. They're so good at what they do that it makes your job a thousand times easier and can only ever make you look good too, so lucky me!”