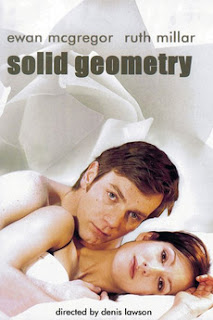 This short story by Ian McEwan was very nearly filmed by the BBC in the mid-1970s but production was cancelled at the eleventh hour because (allegedly) a make-up artist objected to one of the props - a pickled penis in a jar. That may well be true, in fact, as the Beeb was certainly riddled with enough union politics at that time to make it easier and cheaper to scrap a whole production than replace a make-up artist. Now Denis 'Biggs Darklighter' Lawson, having already directed one short, has adapted the story as part of a Scottish short films project.

I haven’t read the original story, but McEwan is a ‘literary’ author, not an SF writer and this production certainly betrays the hallmarks of someone dipping their toe into the genre and then wasting a good idea by completely failing to understand the field’s potential. Basically, Scottish advertising exec Phil (Lawson’s nephew, the ubiquitous Ewan McGregor, who made this the same year that he made Attack of the Clones) receives several boxes containing 42 volumes of his great-grandfather’s diaries plus various esoteric items - including a (very large) pickled penis. His grandfather has endowed £25,000 to Phil if he will edit the diaries, which contain vast amounts of esoteric mathematical formulae and some very naive discussions of sex.

Increasingly obsessed with the diaries, Phil packs in his day-job, much to the annoyance of his girlfriend Maisie (Ruth Millar). In a nicely edited flashback we see that his great-grandfather (Peter Capaldi: Neverwhere, Wild Country) discovered an esoteric geometric shape which was in some way multidimensional - “the plane without a surface” - which unfortunately is represented here by an origami chrysanthemum. When perfectly created, this shape will disappear into another dimension, taking with it anyone who happens to curl themselves around the shape.

Phil and Maisie grow more distant, then seem to come back together again, but has Phil really forgiven his girlfriend for petulantly smashing the jar with the penis in, or does he have other plans?

Actually, this makes the thirty-minute film sound considerably better than it actually is. Not only is very little explained (that’s fair enough) but even less is explored. We don’t see or understand Phil’s growing obsession, nor is there even the slightest discussion of what such a discovery could mean, either in the flashback or the main story. Mostly this is an excuse for McGregor to get his kit off yet again and indulge in some lengthy romps with Millar which totally fail to add anything to either character or plot. It’s difficult to make a half-hour short drag unnecessarily, but Lawson has managed it here. 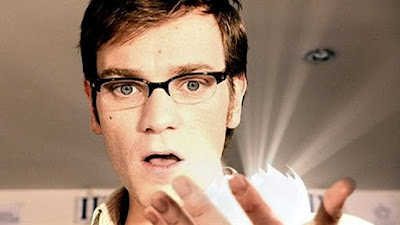 Without knowing the source material, it’s impossible to say how much of this lacklustre story is McEwan’s and how much is Lawson’s creation. But whoever is responsible, this is a real disappointment which simply doesn’t do anything or go anywhere. And why is there a pickled penis? Who knows? It’s entirely irrelevant to what little there is of the ‘plot.’

Some nice digital cinematography by Robin Vidgeon (Hellraiser) and editing by Kant Pan (Summer Scars, LD 50) don’t make up for the lack of story and shallowness of characterisation.