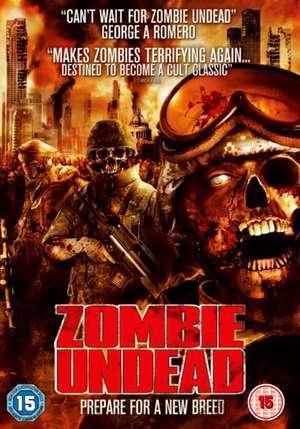 Zombie Undead, it has been pointed out, is a tautological title, akin to calling something Nosferatu Vampire or Lycanthropic Werewolf. That’s true, but then there has already been a film called Zombies Zombies Zombies so who’s complaining?

In any case, it’s rather appropriate that this long-awaited indie feature should have a generic-sounding title because it’s an unashamedly generic film. There are some people. There are some zombies. The zombies chase the people. That’s pretty much the plot in a nutshell.

Which is not a criticism because that’s all director Rhys Davies has aimed for here. He knows his audience, he knows what they want. They want an hour and a half of people running away from zombies and occasionally being eaten by them.

The modern zombie genre occasionally throws up something clever or original or remarkable - 28 Days Later or Shaun of the Dead or indeed Colin - but more often than not it is determinedly formulaic and frankly it’s often shit. No, let’s be honest here. The zombie film has a much lower hit rate than, say, werewolves or Frankenstein simply because there are so many of them and they are so easy to make.

So really, rather than seeking exemplary quality, what the fans actually want is that these movies refrain from being absolute shite. It’s a trap that many zombie films fall into but which Zombie Undead avoids by dint of its no-nonsense approach and the determined, professional attitude of those who made it. 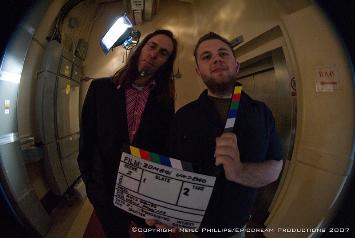 One thing that marks Zombie Undead as unusual - virtually unique! - is that it was shot in Leicester. Not a city with a lengthy film pedigree, Leicester was the location for... well, absolutely nothing. Although the city only really features in a prologue and the very final sequence here.

Said prologue has a young man arriving at Leicester with a backpack containing some sort of terrorist bomb. Or something. It’s not entirely clear, especially if you haven’t read the script, but fortunately it’s not entirely relevant either.

The story per se kicks off with a young woman and her badly injured father being driven to a hospital just outside the city by a paramedic. At the hospital, where they and many others have been directed in order to alleviate pressure on the city centre facilities, they find a state of utter confusion, with injured people all over the place and a harried medical staff.

Exhausted, the young woman falls asleep once she has delivered her father into medical care. When she awakens, things are somewhat different. Those patients who did not survive have become reanimated, shuffling corpses (no fast-running 28 Days Later fellas here).

She teams up with a young man looking for his brother, who has already grasped the situation - and then the film becomes a picaresque series of scenes as they make their way through the hospital seeking the brother, the father and an exit. Others join them - a doctor (author Rod Duncan, who I actually used to know from a writing group we both belonged to), the paramedic who drove her there, an old lady (Sandra Wildebore), an untrustworthy youth - and various members of the party succumb to the zombies on their journey. 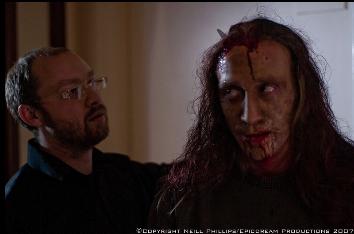 It’s not really where they’re going that matters, or even how they get there, it’s who will get eaten along the way and how much blood will be involved.

There is one directorial misstep where the group make it into a small courtyard which, from the dialogue, is evidently supposed to have no other access, requiring them to duck back inside the building. However, said courtyard is full of bicycle racks, many of them with bicycles in - plus the phrase ‘No parking’ prominently painted on one wall - all of which does rather suggest that there is some means of egress from that particular location.

Eventually, two survivors make it outside and set off across the countryside. This leads to a scene at a farm, with a survivalist farmer (Steve Dolton: The Wailing Well) whose motives are largely good even if his methods are questionable. This doesn’t really work at all as it’s far too short a scene, compared with the very lengthy sequences in the hospital itself, to really go anywhere or do anything. No sooner have we met the farmer than we move on.

It feels like a scene that has been put into the script just so that there would be something inbetween leaving the hospital and the final, bleak denouement back in the city. 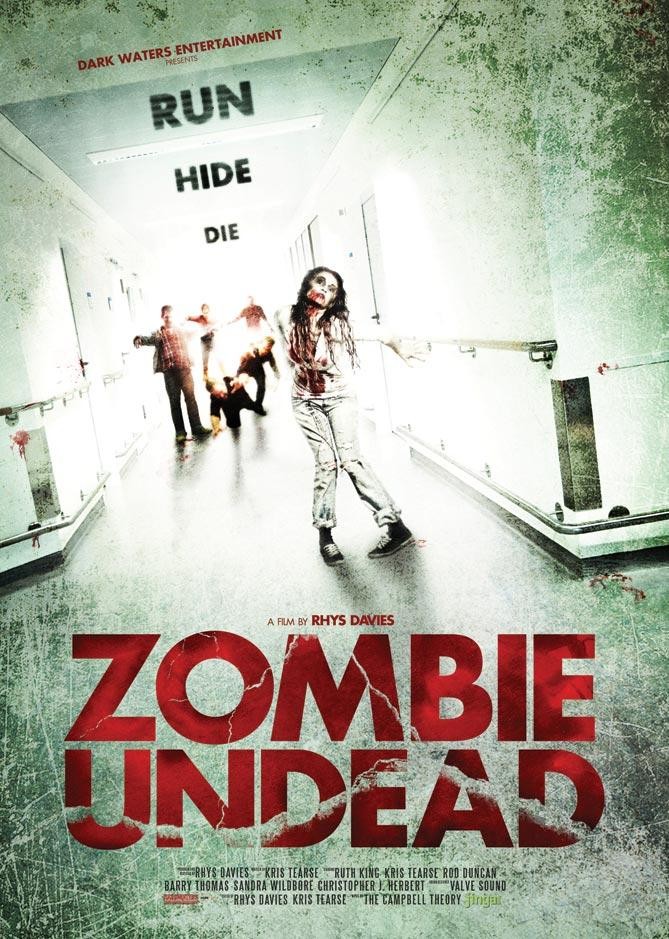 Zombie Undead never really goes anywhere or does anything and it certainly doesn't break any new ground in the genre, Leicester location aside. The only really emotional scene involves the young woman eventually finding her father although there is also some characterisation around the paramedic and his fate. For the most part, this is a solid, unpretentious zombie chase, occasionally speeding up or slowing down its pace as the undead ghouls get closer or more distant. The ending is downbeat and open in much the same way that the ending of Night of the Living Dead was.

This is a real grass-roots production, a long-term commitment by Rhys and his cast and crew which has more than overcome the budget of about five quid and has resulted in a solid - and solidly enjoyable - zombie flick which ticks all the right boxes. Previewed at the 2009 Day of the Undead at Leicester Phoenix in an almost-complete version, Zombie Undead had its premiere proper at the same venue in mid-January 2010 making it the first new title in the second decade of the British horror revival.

All kudos to Rhys and his team. Zombie Undead does what it says on the tin - twice.