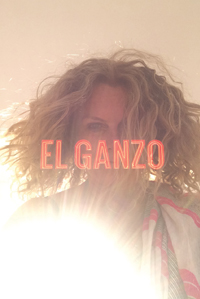 Here is how to make an El Ganzo cocktail. Take one measure of Jodorowsky, one measure of Bunuel. Pour over crushed Balderson. Serve with a slice of Kubrick. And a paper umbrella.

Yes, we’re off down Mexico way for the latest feature from the indefatigable Steve Balderson, the best thing to come out of Kansas since Dorothy’s farmhouse. I actually got sent a screener of this three months ago, and normally I watch Steve’s films the moment they arrive in my in-box, bypassing whatever is in my TBW pile. On this occasion however, Steve sent me two screeners – Hell Town and El Ganzo – with a recommendation that I leave a gap twixt the two, as they are very different films. I followed that wise advice - and then a whole load of other things came along and filled the gap, leaving El Ganzo atypically unwatched.

Well, I’ve watched it now and, just like most of Steve B’s films, I absolutely Larry loved it.

It’s sort of an archetypal Balderson picture, partly in that it’s nothing at all like the previous one. But it also addresses themes which permeate much of Steve’s oeuvre: themes of identity and discovery, a journey undertaken by an individual, couple or group to find out who they are.

In this case we have Lizzy (Susan Traylor, previously in Firecracker, Stuck! and The Casserole Club), who journeys to the El Ganzo hotel, walking the last few miles after the minibus taxi she was in breaks down. At the hotel, she meets travel photographer Guy (Anslem Richardson, who was a cop in The Amazing Spider-Man 2) and the two pal up, not least because they’re the only two Americans around (apart from bellhop Billy, played by Mark Booker who also composed the wonderful score). Guy seems a normal, well-adjusted fellow. He has a boyfriend back home and constant travels have put a strain on the relationship, but on the whole he’s a personable, friendly chap.

Lizzy, on the other hand, is a bit … well, kooky. Not in an attractively eccentric sort of way, but in a distractingly not-quite-with-it sort of way. Why does she keep asking Billy to look for her suitcase when she turned up at the hotel with no luggage? Why does her claim to be a writer for the same travel magazines that Guy takes snaps for seem so inauthentic? Something’s not right here

How not right, and in what way not right, is something that you will discover as the movie progresses. I found myself considering all sorts of theories. Was this a Carnival of Souls gig? Was it a Sixth Sense thing – had Guy actually interacted with any other characters? Or was I letting my imagination run away with me? Would the answer be more prosaic?

Well, nothing’s ever prosaic in a Steve Balderson film. I’ll say no more than that.

What matters is not the offbeatness of the story which, like much of Steve’s work, is a quarter-twist from ‘reality’ – no, it’s the characters. El Ganzo is a two-hander and it’s no exaggeration to say that both actors are absolutely superb, completely inhabiting their characters. Without any crass infodumps, but also without being gratuitously enigmatic, Steve B and his cast present us with two very, very real people that we feel we know (as much as they know each other) but about whom we will discover much more.

Watching Traylor and Richardson is a master class in screen acting. Look, I do the odd bit of acting but in all honesty it’s not much more than larking about in front of a camera for mates. I won’t be winning a BAFTA any time soon. Watching this film really hammered home to me how much skill is involved in acting: skill that is often in short supply in the sort of films I watch, or is present but overshadowed by more exploitable elements like blood, boobs and explosions. Real acting has a subtlety to it that can’t be put into words.

There’s one particular scene in El Ganzo which has stuck in my head. Lizzy is sitting in an empty church. Guy comes in and sits in the pew in front of her. Anslem Richardson delivers a monologue, Guy addressing Lizzy without turning round. While he speaks, Susan Traylor silently trails her finger back and forth along his arm, resting on the back of the pew, that one tiny movement telling us reams about how Lizzy is feeling, about herself and about Guy. And, it just occurred to me, Richardson’s non-acknowledgement of her touch, which Guy can surely feel – he doesn’t flinch, he doesn’t glance back - tells us reams about Guy and his thoughts towards Lizzy. In its own small, subtle way, this is a magical scene, a microcosm of the film overall.

Steve, Susan and Anselm are jointly credited with the script, indicating a considerable amount of improvisation, or at least workshopping. Steve’s direction of the film is immaculate, assisted not only by magnificent performances but also the terrific cinematography of Daniel G Stephens (The Far Flung Star, Occupying Ed, Hell Town).  Of particular note is the use of the hotel itself; it’s simple, geometric architecture adroitly used to frame many of the shots. The local environs are also photographed to impressive effect: little shops and cafes; a sculpture garden of giant abstract heads; beautiful, deserted, sandy beaches.

When Steve moves away from the setting to concentrate on scenes which, in lesser hands, would be static and talky, he breaks up the sequence of events with finely judged editing, so that sometimes we see one part of a conversation while hearing a different bit. This only adds to the otherworldliness of the film. Wrapping up all the visuals is Mark Booker’s music, much of which has a sparse minimalism that put me in mind of The Blue Nile, but which also occasionally breaks into festively abrasive Mexican trumpets. It complements the imagery and the story and perfectly.

Don’t imagine for one moment, however, that El Ganzo is style over substance. Not a bit of it. This is style supporting substance. It’s just a difficult substance to summarise and describe. This isn’t a simple boy-meets-girl story, it’s not even really a romance, it’s just a beautiful, wistful, warm, sincere tale of two people who, in finding out about each other, discover a little about themselves.

Wistful: that’s the adjective that keeps coming back to me, that I knew I would need to use in this review somewhere. This is a wistful film. It’s absolutely full of wist. Bags and bags of the stuff.

In other words, it’s about what has been, what could have been and what might be, as well as what is. And really, aren’t all our lives a bit like that? But it takes an artist of Steve Balderson’s calibre to make us think wistfully about our own lives like this, and for each of us to find out that bit more about who we are. 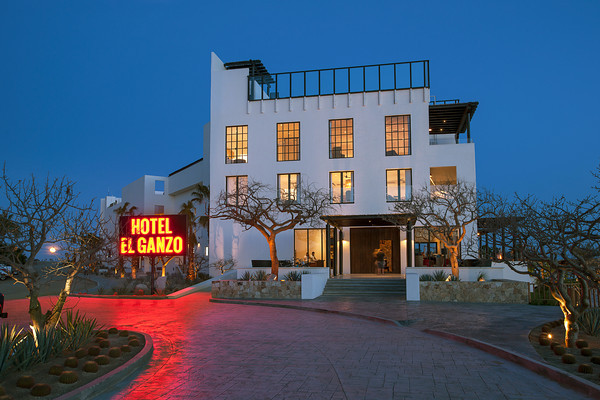 One final note, and then I’ll let you get on. The Hotel El Ganzo is a real place. It’s a fabulous hotel by the look of it, with a strong artistic feel running throughout both the building and the experience of staying there. I can quite see why it would appeal to young Mr Balderson. But, just a few weeks after this film was shot, a hurricane ripped through the place. The hotel is currently closed for repairs, and much of the surrounding area has been ripped up, knocked down or otherwise changed. Steve’s film captures the location as it was and preserves it, a level of wistfulness that no-one could ever have expected.

My rating of his film is almost superfluous, but once again I hold off from an A+ only because I don’t want to believe that Steve Balderson’s career has peaked.

Email ThisBlogThis!Share to TwitterShare to FacebookShare to Pinterest
Labels: 2015, USA