Megan Freels Johnston kindly answered some questions by email in October 2015 after I reviewed her film Rebound. 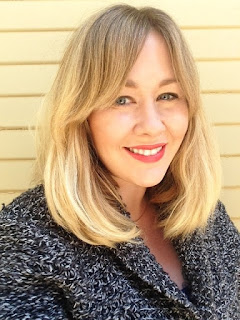 What was your background in film before you made Rebound?
“I have been a producer for a long time. Almost ten years. I started as a producer right before the recession hit. It was a tough time because it became very difficult to get financing to make films. Even small films. My first project as a producer was a 30-minute short film called Sparks which was directed by Joseph Gordon Levitt and starring Carla Gugino and Eric Stoltz.”

How did you find your cast and crew?
“The first person who came on board was Ashley James. The original title for Rebound was PTSD and if you've seen the film you can figure out why that's a fitting title. Ashley is a friend of mine and an actress so she also came on in a producer capacity to help get the film going. Then through a women in film board called Nextgennefemmes I found Debra Trevino.

“The actors we auditioned. We rented space at Hollywood Casting and Film and put up our roles on LA Casting. As far as crew, most of them, I either found again through Nextgennefemmes or through the website Mandy. Almost everyone who worked on Rebound, I had not known previously. Just Ashley James and Wes O'Lee who played Gus were my friends. Oh and Brett Johnston is my husband who played Eric. He was also the Co-Producer of the film.”

The basic scenario of a lone woman tied up and tortured by a psycho is well-established in the horror genre. What do you think Rebound does that is new or different?
“I think Rebound is VERY different from films in that sub-genre. Rebound is far more about the lone woman's psyche than it is about what happens to her. I am very interested in what drives a person to make certain decisions. Psychological horror is definitely where I lean, as a writer and a filmmaker.” 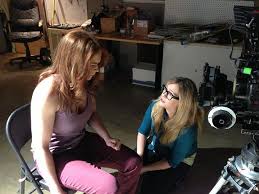 Looked at one way, the film could be seen as misogynist; looked at another way it’s quite feminist. Where do you think it sits in terms of gender politics?
“I don't think Rebound is either. I think Rebound is about escaping more than it is about entrapment. Claire found something that was an escape from dealing with her emotions. People often do things that are bad for them in order to escape the difficulties of life. As for Eddie, I don't think he's a misogynist. I think he's a disturbing therapist for Claire. He's clearly crazy but he does make some good points.”

What is your next project, and how is the experience you gained on Rebound feeding into that?
“Rebound was very transformative for me in terms of working in the film industry. You can learn so much in development or working on other films in various jobs. But making your own film from start to finish and wearing so many hats due to a low budget is an invaluable education. Rebound made me very excited to make another film as a director. I have many films I have written with other directors attached and with producers involved but there is one I will direct next. It's all about finding the money.“ 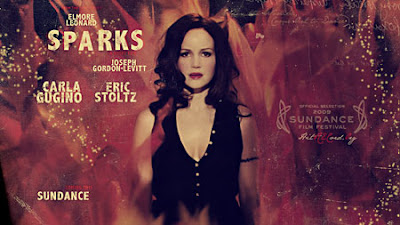 Finally, what are your memories of your grandfather and what influence did he have on your work?
“Having Elmore Leonard as a grandfather was very inspiring. He was brilliant and he worked SO hard. He didn't believe in writer’s block and I have to say I agree with him. Elmore believed in keeping characters and plots simple. I think that is a good lesson when starting out as a writer or director. I think people tend to think more is more and I don't agree.”