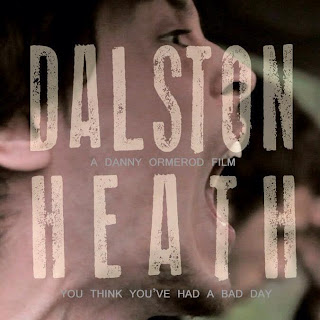 
The idea of somebody accidentally becoming a serial killer is not new. Just the other week I thoroughly enjoyed Tucker and Dale vs Evil and I’m pretty sure there are some other examples out there. It’s an obvious field for pitch-black comedy, and Daniel Ormerod’s debut mines it to perfection, thanks to fine performances, a cracking script and some skilful direction.

Elliot James Langridge and Chris Overton stars as Jack and Finn, a couple of mates whose lives are turned upside-down when Jack accidentally murders his girlfriend. Langridge is a regular on Hollyoaks and Overton has also appeared in that series as well as playing the younger version of the Phantom of the Opera in the Schumacher/Lloyd Webber epic. Another Hollyoaks alumnus Beth Kingston (also in Season of the Witch) is the unlucky girlfriend. 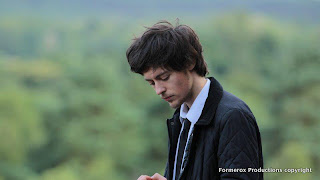 The strength of any film is in the characters and their relationship(s), but never more so than in a two-hander like this. Jack and Finn are very believable mates, neither dominating the other, both prepared to chip in, each exasperated with the other at times. I’ll return to this in a moment. More to the point, they are both bright, personable, likeable lads. Far, far too many young people in films (of all shapes, sizes, genres and budgets) are idiots: unlikeable, sex-mad, foul-mouthed morons whom we are quite happy to see stabbed, decapitated, defenestrated, melted or eaten.

But you can’t help liking Jack and Finn, and feeling sorry for them as a series of events (almost) entirely out of their control gradually increase the number of dead bodies crammed into their car.

Over the course of 32 minutes, the boys’ attempts to find some way to dispose of the evidence just create more and more problems, while the realisation dawns that they are going to be fugitives for the rest of their lives. And all of this is very, very, very funny. I was crying with laughter at several points due to a potent combination of Langridge and Overton’s beautifully prosaic and blasé performances plus Ormerod’s fine script and spot-on direction. The film never flags, but nor does it descend into farce. The pace of both narrative and narrative development is spot-on. 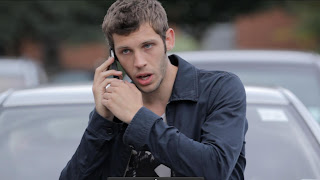 Excellent cinematography (by Mark Jackson, director of BHR obscurity The Dark Hunter) and top-notch editing (by Bridgette Williams, assistant editor on Mamma Mia!) help the film live up to the script’s ambitions, as does good sound (by Tom Whetmore: Outpost 11) and a fine supporting cast (extra kudos to those, like Kingston, who had to play unblinking dead bodies). It’s not quite perfect: the ending sort of fizzles out and the location used for Jack’s flat is far too large, empty and tidy to be believable for a young man of his age. And while the second and third deaths both develop naturally from what has gone before, victims four and five are just improbable, unfortunate coincidences.

But these are minor points which don’t detract from a tremendously entertaining and well-produced short film. Oh, and I said I would return to the subject of Jack and Finn. Let's be honest here - this is a love story. I believe the currently popular term is 'bromance'. Jack and Finn are there for each other through thick and thin and even when they fight, they fight like lovers. It's touching and, whether intentional or not, gives the film a level of humanity which it might so easily have missed. 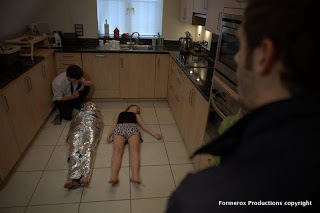 Debut director-writer-producer Ormerod is a good Dudley lad who has emigrated to That London and taken various acting roles, learning film-making from the sets he’s been on. His pay-cheque from a role in Steve Coogan-starring feature film Northern Soul (which also features Langridge in its cast) went towards Dalston Heath’s £1,700 budget. The film, I am assured, was graded at Technicolor London “for £100, a bottle of pinot noir and a Cadbury selection box” and the ADR and dialogue editing was completed at Molinare, London “for a bottle of whiskey and a packet of Marlboro lights”. Aspiring film-makers pay heed: those are the going rates.