I first met Frank Scantori on the set of Elisar Cabrera's Witchcraft X: Mistress of the Craft, which is where I conducted this previously unpublished interview. Our paths would cross occasionally over the next 15 years and we'd swap the odd email about projects. It was always a delight to see Frank in a film: he had a knack for picking interesting projects like Room 36 and Kill Keith, and he never failed to act everyone else off the screen. Frank passed away in September 2013 and I found out a few weeks later, which is why I'm posting this interview as a tribute to him. RIP Frank. 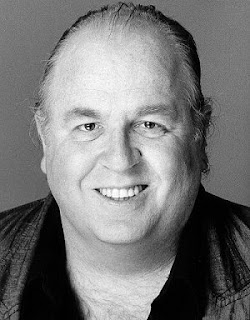 What are you on this film?
"Co-producer, assistant director, fight and stunt co-ordinator, casting director and I also play Ben Markowitz."

Who's he?
"Ben Markowitz is the director of Bureau 17, runs the whole agency, so he's very much like everyone's boss. I co-ordinate between all the other bureaus throughout the Interpol network, and then call in specialist people like Celeste."

What did you do as casting director?
"I assisted in the casting. I organised the whole process and supplied the list of actors to Elisar and Jonathan, and they chose whoever they needed. I made certain recommendations for certain people who I knew would do the job and would give the best performance. A mixture of people I've worked with before and people whose work I've seen. There's loads of different types of combinations you can pick. We also tried to bring in new people who have specific types of skills - see how they work and what they're like."

Are you happy with the cast and crew?
"I think they're brilliant, every single one of them. It's very hard work, but everyone's pulled together. There hasn't been a single row yet. Admittedly it's only day five, but I've been on productions where day one we've had arguments. But the crew are really good. They all get on well together; they're fun. It's a very, very tiring shoot as well but they overcome it and do it. People are up about five o'clock in the morning and not going home till about midnight, and still manage to keep a smile on their face." 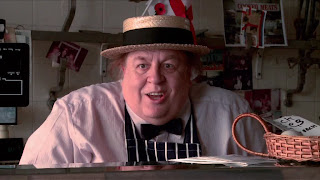 Fight and stunt co-ordinator?
"Yes, for my sins. I used to do quite a bit of stuff in the past. I studied it at drama school and I used to do a bit before, regardless of the size I am. I've done a lot of martial arts in the past and I've also been in the Parachute Regiment, so I've got a lot of stuff through there. Self-defence has always interested me as well - I've always been a nutcase - and I've always gone headfirst into everything. I've seen stuff in the past which hasn't been safety-oriented and it really annoyed me, so I thought I'd get into it and see if I could have some sort of control over that as well.

"Because the entertainment industry, the film industry especially, is something that I love; it's very dear to my heart anyway. I studied karate and got up to third dan, black belt, on that. Also, training during the Paras, we worked with various unarmed techniques. And I developed from there. After seeing some of the fights that I've seen on television and film, they haven't been realistic enough for me. It's always seemed false, even the camera angles, so I wanted to put a bit more into it and actually show that when people do get hit, even though they're about a foot away from the other person, there is force going through. So it's teaching the actors to fight with force, and still keeping it safe and still keeping distance."

Does it help that Kerry is a pro wrestler?
"It's always good if you've got someone else who's got other techniques. It stops the whole thing becoming boring because you develop techniques: you put two things together and you get a third thing. So whenever there's a confrontation, the fight is not the same all the way through the film. They become different fights, so to the audience they become different and more interesting to look at. I'm directing and producing a martial arts film next year and it's got 35 fight sequences in it. There are seven different styles of martial art. It's all set in the East End of London as well: three lines of dialogue and the rest is fighting!"

What have you done before?
"I've done numerous amounts of things, like Revenge of Billy the Kid, which is now a cult movie. It's about this goat who gets seduced by the farmer then the goat gets pregnant and has a little kid, which the daughter calls Billy - hence 'Billy the Kid'. The goat wreaks havoc on the farmhouse. The farmer's name is Ronald MacDonald! I did loads of work on other movies, like Star Wars. I played one of the Stormtroopers. I used to do a bit of mucking around with the top bods there, like Harrison Ford, and just work a little bit with the fight sequences. I learnt a lot through that as well, because I stayed close to the stunt workers as well. I also used to do an awful lot of acrobatics in those days. I worked on all three Star Wars films - I was very lucky. I wanted to do the others but I haven't been lucky enough or I've been too busy. It would have been nice, but it was good doing the first three." 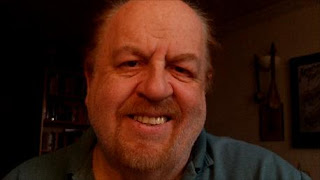 Can you spot yourself among the Stormtroopers?
"Half the time, I can't. I was twenty years younger. I just keep looking but you tend not to recognise yourself, especially when you've got this white helmet on. A lot of us who played Stormtroopers also played rebels as well, so there was a hell of a lot of doubling up. It was great fun. You'd never seen stuff like that before. Everyone was wondering how it was going to work, because the man had his own vision. He knew what he wanted and he was just giving bits to people and nobody knew what the bits were: 'No, this is not going to work.' Then when we saw it for the first time it was totally mind-blowing. That was incredible thing to see; you never forget it. It was so, so good."

What else?
"I've also been involved in a lot of low-budget films, doing a lot of what I'm doing here, sort of multi-faceted. As an actor or helping with the guns side or doing anything that needs doing basically. I just love getting involved in film in any area. It's mostly British stuff. I'd love to have a go with some of the American films. I was talking to Stephanie and said I would just love to go over and do something."

How did you get involved with this?
"Well, I've known Elisar for a little while now. I met him through the Raindance Festival, through various contacts that I have there. He saw me in a film that I did a couple of years ago called Room 36, which still hasn't been released. It's a black and white, very film noir kind of thriller, and I played an outsize ladies' lingerie salesman, who's into wearing his own products and gets murdered with a champagne bottle. Oh, it's disgusting - split head, all that lot. It's made of sugar-glass and whacked across the head. 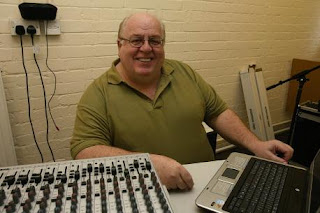 "In rehearsal we used a real bottle and the actress got a bit scared and went bang, just there, so there was a bit of extra blood. But that was good fun. I did that and Elisar saw me in that and saw me at the preview. He liked what I did, and we kept in touch every now and again. I saw one or two things that he did. I did a voice-over for his trailer for Virtual Terror. I did that deep, grunty voice for promoting the film. After that he kept in touch and came up with this and said 'Fancy being involved?' And that was it."

Is it all going okay?
"It's going great. We're virtually on schedule, which is unheard of. we shouldn't be on schedule. But we're doing very well. Everyone's working so hard; they've got their act together and are just getting down and doing it. Hopefully we'll finish on schedule as well."
Posted by MJ Simpson at 19:55