Once Upon a Time on Earth

Frankly it’s a bit embarrassing when somebody sends me a film to review that’s only five minutes long and it takes me weeks to get round to reviewing it. But there’s always stuff in the TBW pile and it only goes down slowly because I have all these other things that get in the way like a day-job and a family and proper writing stuff and so on. Not to mention the sheer amount of writing that this site takes.

If this was one of those sites that just puts a couple of hundred words up online and calls it a review, then all I would have to do is watch the things. But actually watching a film, even a feature, is the shortest part of the review process. A long review of 3-5,000 words takes me quite a few days to write. Even this has already taken me nearly five minutes and I’ve not actually mentioned the film yet.

The film is Once Upon a Time on Earth, probably the most compact alien invasion epic you will ever see, and it was directed by Ian Hothersall who previously brought us The Omnicide 8000.

Like many really great sci-fi films, this combines a human story with a fantastical one. And by ‘combines’ I don’t just mean ‘overlays’, I mean interweaves.

An unnamed couple break up in a sequence of fast cuts and extreme close-ups that tells in about 40 seconds what could, in other films, take 40 minutes. In fact, we never really get a good look at either of our characters until near the end, but that’s very deliberate. They’re cyphers, not characterisations, and the plot of this little gem is a cartoon. In a nutshell, alien mechanoids are attacking London. Foom goes Big Ben although, in defiance of popular convention, we don’t see the Millennium Dome flattened. I suppose now that it’s the O2 Arena its destruction wouldn’t have the same impact as it had ten years ago. 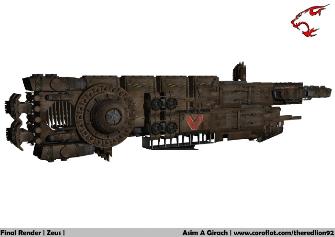 The alien robots and the destruction they cause are skilfully rendered and seamlessly matted into the shots of London streets. There’s no dialogue except right at the end and that’s merely expedient rather than character illumination. We’re not told anything but we’re shown a great deal. We’re shown a break-up and reconciliation - the second and third parts of that classic boy-meets-girl three-act structure - against a backdrop of global devastation. In five minutes. As an exercise in brevity and concise storytelling, this is hard to beat. It’s also clever and original, slick and professional, and actually laugh-out-loud funny at moments.

Tova Leigh (Ant Apocalypse) is the woman, Matt Marshall (who can be seen demonstrating stuff in a B&Q instore video) is the man. The fine cinematography is by Ewan Cassidy who also shot The Omnicide 8000 but works mostly as a gaffer including a credit on Simon Rumley’s The Living and the Dead. Ian Hothersall did his own editing. Rick Altena is credited as ‘effects supervisor’ while Asim Girach and Ian are ‘effects artists.’ Girach is a Leicestershire lad, a graduate of De Montfort Uni (as am I, although I now work for arch rivals Leicester Uni) and some images of the ‘Zeus’ spaceship scene towards the end of this film can be found on his website.

Apart from key grip Mark Aguera (who was the customer service contact in The Omnicide 8000) and ‘special thanks’ to Frank Bates and Joolie Wood, that’s your lot for the credits, which shows how much can be done by a few people with talent, skills and the right hardware and software nowadays. There’s no credit for sound or music (certainly not for Marc Bolan, whose distinctive riff is an important part of the plot) so we must assume it’s all Ian’s own work. But there should be a credit (even if it’s just young Mr Hothersall again) as it’s very well designed, edited and mixed: the deliberately muffled dialogue, the sound effects, the music and the little swishes that underlie the swift-cut movements as surely as the thwack of a karate chop in a late 1960s Shaw Brothers film. 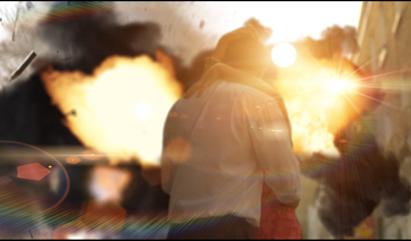 Once Upon a Time on Earth does what really good science fiction films should do. It tells a very human story set against a science fiction backdrop but shows how they interconnect. It shows how what is happening - the spaceships and the robots and the explosions and the lasers - directly affects real people. This isn’t just an action film or a comedy with sci-fi trimmings, it’s real solid SF. And funny. And dramatic. It’s a robo-rom-com-pocalypse. Or something. It’s also very nicely directed and really very funny. I particularly liked the robot checking that its latest victim is definitely dead and the cage-bird bit will have audiences cheering for sure. If the ending is a little reminiscent of a key scene from Hitchhiker’s Guide, no matter, they’re really just variants on a long-standing Looney Tunes gag.

A smashing little chunk of cinema that belies with its simplicity the amount of work that has gone into it, Once Upon a Time on Earth has been playing well at festivals and should definitely be viewed if you get the chance.