When I interviewed Pat in 2014 about the director's cut of his notorious rock documentary The Devil's Music, we thought it might also be fun to do a 'fake' interview as if the film was just one of his low-budget horror movies. The questions and answers below should be read in that light. 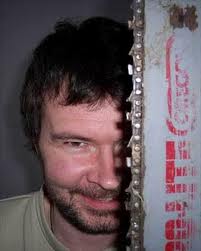 The Devil’s Music was a terrific film to start with. Why did you feel the need to tinker with it (you George Lucas, you!)?
"First of all, thanks very much! It’s great that the movie found a small but extremely enthusiastic audience. Cine du Monde were eager to put something really special for the release and out-do the incredibly cool (but long deleted) US release from 2009. There were a couple of great bits that we'd lost for running time reasons, and I wanted to bring them back. The re-release was a great opportunity to scratch the itch!"

Why did you decide to record an ‘in character’ director’s commentary and is/will there be a real one?
"The US release back in 2009 also had an 'in character' commentary, but it was poorly recorded and didn't synch up the way we’d wanted. It did, however, seem that the idea itself worked just fine, so we had another crack at it and I think it works pretty well. I loved the idea of just carrying on the idea that the whole thing was 'real' for longer than we needed to. Almost like the way Stewart Lee uses repetition in comedy , where something goes from really funny to less funny to tedious to really funny again. I guess we wondered if the same principal could be applied to 'creepy' if we just held the pretence long enough. As for a 'real' one, we just ran out of time. Maybe we'll do one as a download or something."

What sort of balance is there inside you between the frustrated actor and the frustrated rock star?
"In the early '90s, I made countless music videos and four-track demos with a bunch of mates. My frustrated rock star was in full effect during that period, but hasn’t often reared its ugly head since then. I've never been hugely interested in acting since discovering at age four that you didn't get to do it in real time. Before that, I thought Sam J Jones would turn up on set and just be Flash Gordon for 100 minutes. Snog Melody Anderson, blow some shit up, fly a rocket cycle and go home with the job done. At that point, acting sounded amazing. Once I learned the truth - not so much." 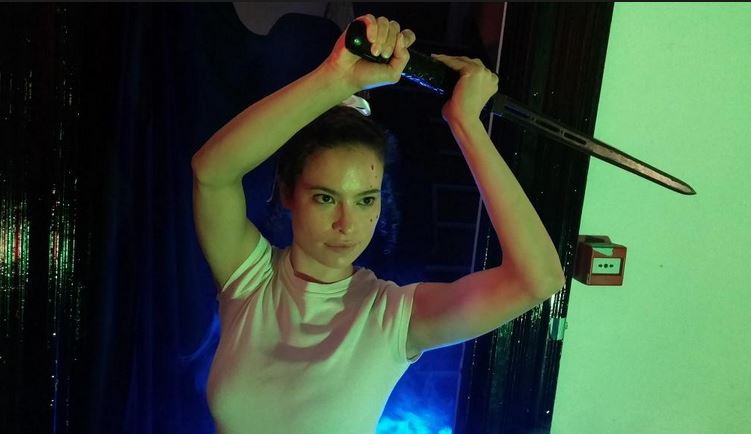 Why did you make a one-day, half-hour remake of TrashHouse?
"Why not? It was a bunch of really creative people doing something crazy just for fun. TrashHouse took 18 months and thousands of pounds back in 2003/2004 so I was fascinated with what we could do nowadays with a single day and no money whatsoever. Technology has changed, I've changed. Felt like a cool thing to do, and to approach it entirely as a democracy (no one person 'directed') and just put it online for fun was extremely liberating. We screwed up the sound a bit, but otherwise I think it was a hell of an achievement for a day’s work. I got to work with a bunch of old friends, alongside incredibly talented people like MJ Dixon who I’d never had the opportunity to work with before."

In the past year you’ve produced a Special Edition of KillerKiller, a Director’s Cut of The Devil’s Music, a remake of TrashHouse and an audio sequel to HellBride. But you haven’t made an actual new feature in seven years. What’s going on?
"Don’t forget the live masterclass things! We’ve been doing them too; ‘Werewolves, Cheerleaders & Chainsaws’ is still online as a freebie. I’m doing the last date of ‘Fake Blood, Real Guts’ at Horror-on-Sea East in November and then we start the new show ‘How Not to Make a Horror Movie’ in January. So, God, we’ve been busy. 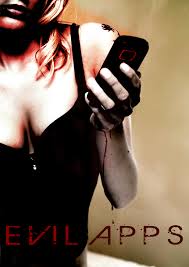 "As you mention, though, we haven’t shot an entire feature ourselves for seven years, and my completed scripts that we have in-house are looking more likely to get made on bigger budgets elsewhere. I’d love to shoot another micro-budget feature at some point, but it ends up dominating an entire year of your life in a way that smaller or shorter projects don’t."

Whatever happened to Evil Apps?
"It’s still very much on the front burner (I was only tweaking the script yesterday, as it happens) but once again it’s likely to end up being sold elsewhere rather than filmed by Jinx. It’s a really interesting, edgy script – it feels a bit like a high-tech, blood splattered cousin of Mean Girls and Heathers – and we’re determined to find a terrific home for it."

Do you, Jim Eaves and Al Ronald have any plans to complete the Death Tales trilogy?
"I couldn’t possible comment. But I’m sure I will soon."