This email interview with Coz Greenop, director of terrific ghost story Wandering Rose, was conducted in January 2015.

What was your aim with Wandering Rose and to what extent do you think the finished film achieves that?
"For me Wandering Rose was always going to be my calling card to get the attention of producers and financiers. I never imagined it would be having a worldwide release on VOD and DVD let alone even sell it. It was always my intention to make something I could show people and also just for me to see if I could achieve making a feature. So many people advised me against making a feature and rather just making a short film due to the budget I had for the film. So for me just to have completed a feature film was always my biggest goal. Everything after that has been a bonus. I never imagined the film would be sold let alone win awards and be received so well."

To what extent did you intend the ‘haunting’ to be supernatural or psychological or ambiguous?

"I always wanted the film to be ambiguous. I am a big fan of Korean horror films. They don’t spell it out for an audience. They make you think about what’s going on. I always wanted the audience to come up with their own interpretation of what the Figure was in Wandering Rose. I also think that what ever the audience make of it, it works. The film is more about the downfall of a girl’s mental state so it can really be interpreted either way. I like the fact that it can shock people but also it has a much deeper meaning rather than being there purely for scares." 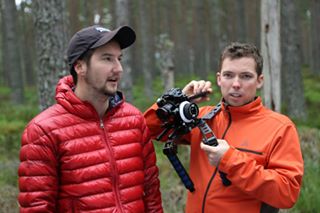 How important are the locations – and the way they are photographed - to the movie?

"The whole reason we shot in the Scottish Highlands was because of the haunting landscapes. I love the fact that the couple are in the vast Cairngorm mountains and yet feel so enclosed in the camper van. The mountains almost become a prison, they are trapped, isolated with no escape. The atmospheric landscape also helps us with Rose’s mental state. She feels so trapped. The reason we spent a third of our budget on aerial shots is because I wanted to show the landscape off. The Cairngorms are so stunning I had to show that in the best possible way."

How has Wandering Rose been received so far by audiences and critics?

"So far we have had mainly positive reviews from critics. I think the critics that get what we were trying to achieve have really got on board with the film but because there aren’t as many jump scares and the film is quite ambiguous some critics just haven’t got what we were trying to do which is fair enough as I know our film isn’t going to attract an audience who just want gore and scares, but we were never trying to achieve that. I think our film is trying to do more than that. To be put in UK Horror Scene top films of 2014 was a massive honor. We never could have imagined that we would get that kind of response so, so far we have been really blessed with the feedback we have had." 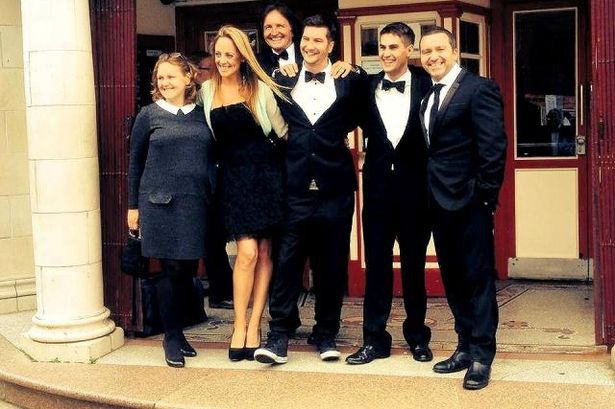 I must admit that my heart sank when I saw the title/sleeve for the American release. What are your thoughts on them?

"When I first heard that the name of the film had been changed to Demon Baby for American audiences I was a little taken back. Not really knowing anything really about the selling of a film and that side of the industry I was quite shocked but I also know that I have to put faith in the distribution company. At the end of the day as a storyteller I want as many people to see my film as possible and if this title appeals to more people then I can’t really complain. The title isn’t as subtle and is very much in your face but if it makes people buy the DVD then its something I can get over. ‘A Rose by any other name would smell as sweet,’ I keep telling myself and hopefully people will look past the title. It will always be Wandering Rose to me and the cast and crew. Hopefully with my next film I will be able to have more of a say in the title."

What are you working on next?

"I’m currently attached to direct a WW2 feature shot in Norway this Summer called The Border Guide and I’m also on a fourth draft of another psychological horror film called The Passing Beacon  that I’m seeking finance for and wanting to shoot early 2016."