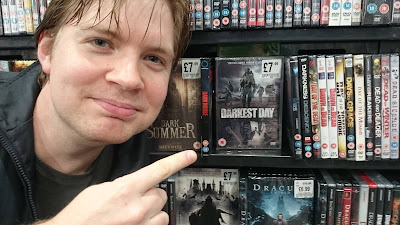 How close is the finished version of Darkest Day to what you originally envisaged when you started making the film?
“Darkest Day ended up taking eight years from the first shoot up until the end of the post-production. Originally it was going to be a 30-minute short film (that was supposed be finished in a few months, rather than eight years). And so in that sense the film ended up being much bigger and obviously longer than intended, but in terms of the feel of the film and the basic story it is in fact remarkably similar to what I had first envisaged all those years ago. I certainly had not considered that anyone other than friends and family would ever see the film, but it’s been really exciting (and a little scary) that it’s now gone out into the world on DVD and VOD for all to see.”

During the long, long production, what was the lowest point and how did you get past it? Did you ever consider that the film might never get finished?
“The lowest point was probably during the middle of the post-production. Looking back, there was an insane amount of work to do. I don't think people quite realise what it takes to make a feature film (and I'm not sure if I knew myself at the time). Most films will have several hundred names on the credits for post-production; we had about five working in our free time. We spent years working on the edit, as well as the hundreds of VFX shots. All of the dialogue in the film was re-recorded (ADRed) and that took two years in total. Also all of the sound had to be created from scratch in every detail. The music was also a big undertaking. I found that the only way to cope in those situations is to take each day as it comes, and focus on the task at hand. If you stop and look at the big picture and see all the work required, you can go mad. 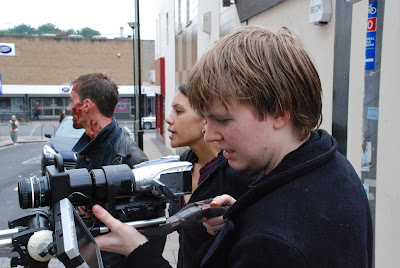 “Despite all that, I never once considered that the film wouldn't get finished. So many people had put so much time and effort into the film that I couldn't not finish it and that’s what kept me going really, as well as having such great support from everyone, especially my producer/co-director Simon Drake and actress/co-editor Sam Bolter who took a keen interest in the edit and other post-production and stuck with me all the way.”

Why do you think zombies are so popular as a theme among low-budget film-makers?
“I think the great thing about the zombie genre is that it allows film-makers to make big concept films in a ‘relatively’ easy way. You can use fairly normal locations, and it’s not too hard to do the zombie make-up on your extras - and it’s relatively cheap to do. Imagine if you want to do a sci-fi, a monster film, or a war film, the logistical issues and budgetary limitations are too big for many low budget film-makers. Zombie films are a way of making larger than life films for almost no money, otherwise you might end up having to do a fairly straight drama (something which in my opinion is much more challenging to do well).

"Also, as we found out making Darkest Day, so many people love the idea of being a zombie for the day, that it’s actually so easy to spread the word and get a large number of extras together. I think people love cutting up their clothes and getting covered in blood and just letting go. I can't imagine getting the same enthusiasm trying to get people to be extras for a drama set in a supermarket.” 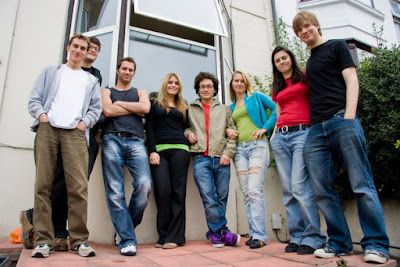 How did you become involved with The Dead and what was the biggest challenge on that film?
“I was at film school in Brighton when I met director Howard J Ford. At one point, he saw one of our films that I had done some VFX on (it was a giant tidal wave destroying Brighton, so I've never strayed far from major destruction in my work, ha). I started doing some basic advert VFX work for Howard. When he asked if I would be interested in working on a zombie film that he and his brother Jon were going to shoot in West Africa, I said a pretty definite yes. I then asked if I could come out on the shoot, expecting that it wouldn't be possible, but amazingly they said yes.

"To cut a long story short, it ended up being one of the most disastrous shoots ever, and it’s a miracle that the film exists (so much so that Howard wrote a book about it called Surviving The Dead, which is well worth a read, and I can confirm that everything in it is all true). Despite the incredibly harsh conditions, I loved every moment of it, and was able to learn many new skills having worked on special effects, make-up, sound recording, focus pulling and camera assisting by the end.”

From your point of view, how did The Dead 2 differ from the first one?
“The Dead 2 was also a very challenging shoot, but relatively far easier than the first film. We shot the whole film in India, which has similarities to Africa, but overall it has a much faster pace of life and I think that comes across in the film. I think it’s a faster film in general and perhaps has a bit more action, but I also think it keeps enough of the dark vibe of the first film that worked so well.” 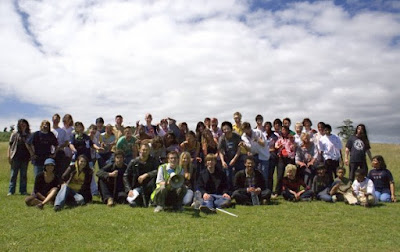 What other projects do you have lined up now?
“It's been a very busy time for me over the last few years working on various films. I was the cinematographer on Simon Drake’s first feature film Angel on the Ceiling which is well into post-production. I worked with Howard Ford again on a thriller set in North Africa called Never Let Go which should be getting distribution very soon. I also worked with Jon Ford on a revenge film recently. But I have decided that it is now time to direct another film myself which I am hoping to shoot sometime next year. No zombies unfortunately, this time it’s an action adventure film about the quest to solve the mystery of King Arthur.”