Helen Crevel, star of two of Steve Lawson's features, kindly answered some questions by email in February 2016, just ahead of the theatrical release of Survival Instinct. 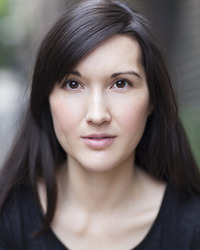 What attracted you to Rites of Passage/Survival Instinct and how did you get the part?
"The audition for Stacey was definitely one of the more random I’ve landed. I actually initially contacted Steve touting for corporate work - which is an actor’s bread and butter (or mine at least!). We’d met a few years before and he remembered me and mentioned that I might be right for a feature he was planning later in the year. A few months later he sent me the script and I came in to audition. The audition was an improvisation of one of the most dramatic sequences in the film (when Stacey is trying to start the car) which was interesting because there is almost no dialogue so really open to actor interpretation."

How arduous/uncomfortable/tiring was the filming?
"The hours were long but I didn’t find it arduous at all. In film work in general, I usually find the hardest part the waiting around for shots to be set up before filming, but as Steve had to be efficient on a low budget, he had worked out a lot of the set ups beforehand – so minimum waiting around, maximum acting time – which of course, is the fun part!" 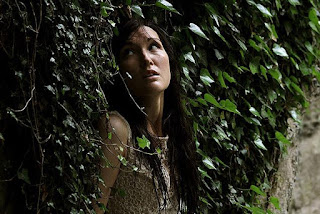 What do you think distinguishes Stacey from the generic ‘girl in peril’ horror heroines that litter the genre?
"When I first read the script, what stood out for me is that Stacey came across as a real person. Most of us don’t really know what we would do in that kind of life-or-death situation, and sometimes Stacey definitely makes mistakes in my eyes, but I can always see where she is coming from and why she does what she does. I’ve spent many films shouting at the TV going: 'Why don’t you just get your back against the wall and grab a weapon!' It was nice to play the kind of character who would actually do that."

What were the main differences for you, as an actor, between Rites of Passage and Killersaurus?
"Haha – you’re kidding, right? I wouldn’t say the two were on the same page at all. Although the situation in Rites/Survival Instinct was not an everyday one, one thing that Steve was always striving for was making it real and plausible – and of course that extends to the acting. Killersaurus was really just a bit of a lark. 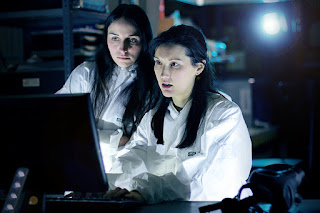 "I’m a massive Jurassic Park fan and Steve promised me I could puppeteer a T-Rex – what more can I say? Although, even though it was silly premise, it would have been to nice to have more time to fit in some extra takes and play around with the scenes. We had a really tight schedule so unfortunately that just wasn’t possible."

What is your puppetry background and how workable was the dinosaur puppet?
"I learnt to puppeteer on several theatre jobs. I’ve been lucky enough to get to work with several styles of puppet – my favourites are bunraku-style puppets, where you work with two other puppeteers on the one character, and found object puppetry where you bring to life everyday objects. The dinosaur puppet wasn’t really a puppet at all but a toy – it was made of sturdy plastic and quite difficult to manipulate but I actually enjoyed that. One of the main things I have been taught as a puppeteer is to work with what the puppet gives you – the lack of give in the toy gave the dinosaur a certain quality of movement it wouldn’t have had otherwise and working with a toy that is not intended for performance feels like a very pure form of puppetry. We all instinctively ‘puppeteer’ our toys when we are children – it’s just one of those things that most of grow out of.  Not me." 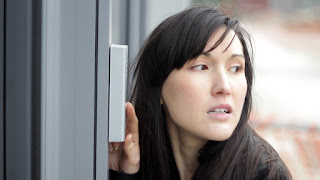 What projects have you done since these films and/or have coming up?
"I have recently completed several short films and am also working on writing some of my own work (watch this space). I’m originally a theatre actor and although I am focusing on screen work currently, I have also been out on tour with a couple of plays in the last year. Commercial work always helps to fund the (usually) lower wages of more creative stuff and if you keep your eyes open, you’ll probably see me in a few TV ads."