After reviewing Headhunter in December 2006, I tracked down the film’s director, Frank Schaeffer, who kindly agreed to answer a few e-mailed questions. 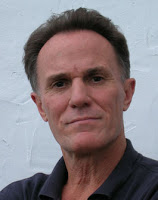 As you can see from my review, the credit block on the video sleeve differs significantly from the on-screen credits. Can you clarify who actually wrote and produced Headhunter?
“Wayne Crawford produced. Art (forget last name) and Wayne Crawford wrote it.”

How much is this an American film and how much is it South African (in terms of both footage and finance)?
“It was all shot in South Africa except for some second unit in Miami (about ten per cent). As for finance, I don't know.”

What aspects of the film are you most and least pleased with?
“I liked the Zulu and African locations. I liked the train car interior chase content the best, and having to try and make the picture look ‘American’ the least.”

Was the shape-shifting, head-lopping demon/monster based on any established African mythology or just made up for the film?
“Just made up.”

What sort of distribution did Headhunter get and how was it received?
“I think it got a very limited US theatrical release and went direct to video tape in the US and worldwide.” 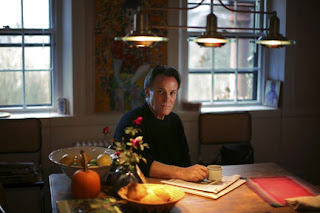 How did your brief career as a film director come about and why did it end?
“I made about 25 hours of documentary films in the 1970s and then four feature films. I wrote, directed and put together the financing for my first feature Booby Trap (aka Wired to Kill). The other three pictures - Headhunter, Rebel Storm and Baby on Board - were jobs for hire as a director. In 1992 I made my last feature and that year my first novel Portofino was published. I have written three more novels since: Zermatt, Saving Grandma and Baby Jack. The books have done well, as have my non-fiction books. I enjoy the writing more than I enjoyed the directing. I kept hoping for a ‘break’ to make movies I'd like, but that creative break came from writing, not film. So I began to concentrate on that. You never know, one of these days I might do another picture, but for now I am writing.”