Hardcore: A Poke into the Adult Film Orifice Did you know that there are now so many spoof documentaries - ‘mockumentaries’ - being made every year that they actually have their own genre-specific film festival? It’s called Mockfest, it’s held at the Vine Theatre in Hollywood and the debut event screened 23 films in June 2007. Among them was Hardcore: A Poke into the Adult Film Orifice (subsequently retitled Bare Naked Talent).

Jack faces several problems in his quest to film Assanova, including a minuscule budget, an eclectic, eccentric cast and crew, and his own sexual inexperience, highlighted in a pre-production scene when his request to the crew for suggestions of things that could be in the film rapidly descends into a list of specific perversions and acts, none of which he has ever heard of. 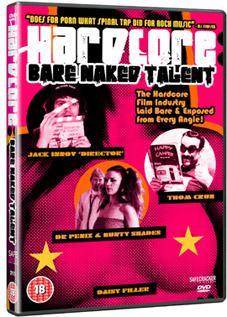 In the fly-on-the-wall sequences, the to-camera interviews and a few ‘self-filmed’ video diary pieces, Constantine gives a stirling performance as Jack, his mixture of ambition and naiveté recalling Ed Wood at his finest. Tom Clutterbuck is less convincing as his friend Derek ‘Tinto’ Brass, a thoroughly unreconstructed slimeball slacker who nevertheless swiftly takes control of shooting when Jack is indisposed, but that may be because the character is less sympathetic.

Greek actor Pano Masti (Martyr, Crooked Features, Little Deaths) has an absolute ball (as it were) playing hirsute Italian leading man Thom Cruz, a jobbing porn actor who is as over-endowed with heart and bonhomie as he is with moustache and cock. The various actresses include a pair of lesbians who have problems using explicit language (Shavonne Stevenson and Martina Goodman, who was in Mark Withers’ short My Mum, the Wrestler and is now Martina Goodman-Withers); a Scottish blonde who cheerfully recounts how her father abused her as if it was a major achievement on her part (Marysia Kay: Forest of the Damned, Colour from the Dark); and a librarian with a hankering for a different life (a nicely observed performance by Trudi Jackson: The Libertine). The crew includes a naked German cinematographer (Mike Busson, who was one of the AA men in that ‘You’ve got a Friend’ TV ad), a junkie continuity girl (Sonja Morgenstern, who was in a Chemical Brothers video), a second cinematographer with a fabulous moustache (Paul Preston Mills), a cynical soundman (Bruce Lawrence, the voice of Captain Black in the Captain Scarlet remake) and a gaffer who looks so much like me that I had to pause the disc and briefly wonder whether I had actually appeared in this film and forgotten about it. 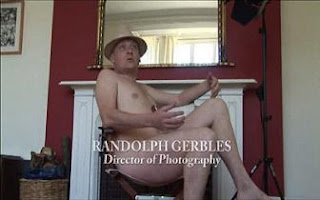 The whole thing is bank-rolled by two gangsters, Ron and Reg, one of whom is obsessed with big tits while the other obviously prefers a more masculine chest. Along the way we also meet Jack’s chain-smoking mother (Hazel Kayes), his Tourette’s syndrome brother (James G Fain: Stag Night of the Dead) - whose un-PC, potty-mouthed outbursts are used for more than just shock effect - and a petty thug who shares Jack’s community service when the director is arrested for lewd behaviour. Daz Kaye (High Stakes) is one of several performers giving their all in an audition montage.

For a low-budget indie, Hardcore looks (and sounds) great, indicating that the real film-maker, Mark Withers, has put a great deal of effort into creating this fakery, not just taken an easy and cheap option. The script is terrific, developing characters, progressing the plot, never dragging or wasting time - and above all it’s funny. While rarely laugh-out-loud hilarious, Hardcore is genuinely funny throughout and that is rare in feature-length indie comedies; in fact, let’s be honest, it’s rare in comedy films full stop.

There’s a warmth to this film which could very easily have been cynicism in other hands. We desperately want Jack to finish his film, we want the camaraderie of the cast and crew to create something, however cheap and lascivious it may be. We care about these people and we believe (for a few moments) that they are real. That, surely, is the sign of a good mockumentary. 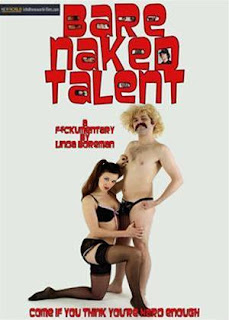 It would be impossible to make a movie like this without nudity - and all credit to the cast members who disrobe - but sensitive audiences needn’t worry as all genitals have been covered with superimposed graphics. If it goes to the BBFC I doubt if this would get more than a 15 and that would be for the occasionally profanity.

It is evident from reading the film’s website that Mark Withers has endured trials and tribulations in his career so far and that these have influenced this movie, making the character of Jack Innov somewhat autobiographical (there are some neat clips from the character’s earlier films). With Hardcore, Mark has achieved magnificently what he set out to do and perhaps this will get him the break he deserves.