Caroline Greville-Morris was production designer on Mutant Chronicles and I had a very enjoyable talk with her when I visited the set in June 2006. 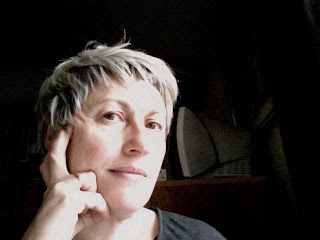 I imagine for a production designer this is either a dream or a nightmare.
"It’s a dream, of course, To create an entire future that has never been seen before - it’s a dream come true."

Are you using any existing designs from the game or are you starting from scratch?
"No, I started as a game virgin. I didn’t know anything about the game. So I’ve come to it completely free-minded and with a list of things not to look at from Simon the director, films not to see. Influences that he didn’t want to see in it - which I won’t mention. His line of inspiration was: ‘We’re looking backwards to look forwards. we’re basing our future on a past.’ The first thing he told me was that the war was going to be reminiscent of the First World War, that was a look he liked. There was trench warfare, great big, super giant ‘Big Bertha’ sort of guns. So it was working back like that, thinking of a world where everything’s made of steel, everything’s run by coal. It’s filthy, it’s not electric, it’s gas-powered. That determines what the buildings look like, which are here on the wall.

“The buildings, the city, the vehicles, the flying vehicles, the kind of tank-esque crawlers: they all come from that, from this sort of premise. And I think costume also and props, the way the guns work, all comes from that. They were about the second thing I designed, as they were what the actors were interacting with from the minute we see them, they’ve got these guns. And guns are so iconic: the way you hold your gun and carry it and fire it. It says a lot about you; an extension of your personal style. The way Clint Eastwood holds his gun is obviously very different from how somebody else would. I was inspired by how guitarists hold their guitars. I was looking at footage of Johnny Cash with his guitar upside-down on his back, thinking of how unique a silhouette that makes, compared with someone like Paul McCartney or Oasis or whoever who hold their guitars very straight to their bodies and don’t move it around or sling it around. So thinking about how various different characters in the film would hold and play with and manipulate their gun.

“And their guns are big, ugly, steam-powered: some of them have got like a motorbike kickstart on them and carbon pellets to fire them up. So that was the next thing I designed, and once the guns were there, the vehicles need to look a bit like the guns, the transit system in the city needed to look like the vehicles, and it sort of grew from that. It was quite an organic process really - but at a thousand miles an hour because we had a very short run-up time." 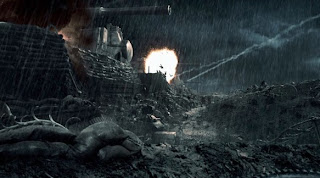 How did you get the gig on this film?
"How did I get the gig? I killed the previous person who was working on it. I got a call, went to a meeting. I think it was very brave of this production to hire a woman to do this job. When I first went for the meeting, I came away thinking: ‘That was a really good meeting. It felt really good. I really liked them. They were full of ideas.’ I read the script and brought a few photo references and stuff, but I said, ‘I think they’d be very brave to hire me to do it and not some burly geezer with a background of games and sci-fi.’ But they didn’t. I think I was brought in to give a kind of odd, sideways look at this genre."

Have you had complete freedom or were there sketches from concept artists?
"Oh, I had the concept artists killed as well. Concept artists had been at work for a long time when I came on board, but we pretty much started from scratch. I had seen where they were coming from. It was all slightly derivative. Pretty much everything - except maybe the uniforms - we started from scratch. I went right back to the source and instead of looking at weapons, I looked at steam engines and I looked at car engines and I looked at objects inside museums, rather than looking at intermediate things like weapons that already existed and trying to make them look more futuristic or make them look more steampunky.

“I do love a bit of research and a bit of digging about. We‘ve been inspired by some of the oddest things; I can’t think what right now. The walls are covered in bits of train and that there is the diesel engine of the Titanic, upside-down. You find a picture and you’re not sure what it is but ‘we love it!’ and you turn it upside-down or blow it up or use half of it. Or the inside of a hair-dryer or whatever."

Were you constrained by the practicalities of actually building these things?
"I tried not to be. The fact that quite a lot of what we’re designing is either extended or fully created in CG gave me really bonkers free rein. We’re building quite a lot of the big set pieces, we’re building little sections of the set. The Corporate Council Room for instance is a hundred-foot high room with a domed roof and a bonkers painting on it and self-opening windows - and it can be anything I want because that's a CG extension. So I only had to build a little section that the actors are closely up against, and then working closely with the post guys, designing the rest of it. So there haven’t really been those kind of constraints. It’s always worth starting something by saying, ‘If I had all the money in the world, what would I do?’ Rather than thinking, ‘I’ve got ten pence. What mustn’t I do?’" 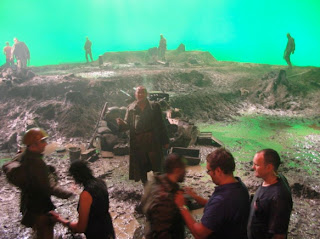 Are you building things from scratch or are you modifying found objects?
"Building everything from scratch, from junk that we’ve found, from bits of old aircraft. That’s been the most fun really."

What has been the biggest challenge?
"Doing it for the money! Time - we’ve had only eight weeks’ prep to do this. It focuses your mind like you wouldn’t believe. We’ve all been living, breathing, sleeping, dreaming about these things. It’s quite inspiring; you can’t dawdle about, you have to make those 400 decisions a day. Yes, I think time has been the biggest challenge."

Is there anything you’ve designed where you’ve thought: I want a small one of those on my desk? Anything that looks marketable?
"Well, when the guys from the game company came in, they went bonkers looking at the things on the wall and squealing with delight. Some of the vehicle designs, they instantly went: ‘Oh my God, it’s a toy!’ The crawler, the six-wheeled tank. The minute they said that, I thought, ‘Actually yes, that could be. I wouldn’t mind a six-wheeled tank on my desk.’ Or the vertical take-off steam spaceship transporter, which looks slightly Zeppelin-like and rather funky, that would be a thing. I think the first couple of guns that came out of the model shop, we thought, ‘Ooh, that is actually quite fun. That would be rather nice in plastic.’ So yes, it’s all boys’ toys really."

Before this you did a few other SF and fantasy things like Spirit Trap.
"Spirit Trap was a ghost story in beautiful Romania. That was more of a suspense thing, all very physical, the atmosphere was the scary thing in that. And Dr Jekyll and Mr Hyde, with John Hannah. Which was quite odd. His Jekyll was better than his Hyde! But again, because we were in Lithuania doing it, I couldn’t recreate Victorian Scotland at all with what was there. 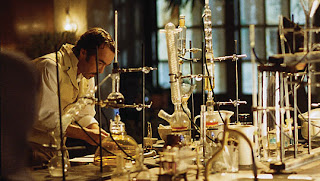 “I went to production with my set decorator and said, ‘We’ve got this mad plan. Why don’t we set it in Buenos Aires or Vienna or somewhere in the 1860s because that way we can use all the fantastic stuff that’s there but put it within the context of the story.’ And thank God they said yes okay. So instead of busy wallpaper and Victoriana, little stuffed birds, we’ve gone for murals and friezes and odd Russian furniture of the period. I’ve got quite good at convincing directors to go on some very offbeat tack. Because if it’s a question of having something mediocre but right or something fantabulous but a little unique, then that’s the way to go - for the fantabulous.”