Animator Joel Fletcher kindly answered a half-dozen e-mail questions from me in October 2006. 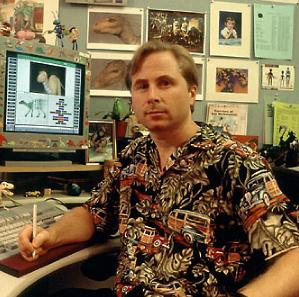 How did you become involved with Charlie Band and Full Moon Entertainment?
“Around 1994 I was hired by animator David Allen, who was Full Moon's visual effects supervisor. At that time, David was focused on directing his dream project Primevals. All of the hands-on work for any other films was mostly given to his crew to accomplish. I animated on numerous Full Moon films over a one year period such as Dragonworld, Oblivion, Subspecies 3 and Puppet Master 5. Then Full Moon abruptly shut down due to questionable business practices.”

What constraints of time, budget etc did you have to overcome when working on straight-to-video films like Magic Island?
“Almost all stop-motion projects are low-budget and therefore have time and budgetary restrictions. On a typical day, a shot is not set up and ready for animation until mid-afternoon, and the animation is expected to be finished before the day is over. I always strive to give each shot my best effort, but the quality does often suffer from lack of time. The animation for Magic Island had barely started when Full Moon went under. Fortunately the insurance bond company eventually stepped in to provide completion money. However, their main interest was to get the animation finished as soon as possible. Overall, the Stone Giant sequence from that film came out pretty well considering the circumstances.” 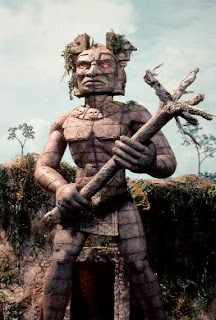 By 1995, dynamation as a special effects technique had pretty much died out: why did you decide to use it for the Stone Giant?
“The decision to use the dynamation technique for Magic Island was mainly due to the equipment available at Full Moon Productions. Effects supervisor Joseph Grossberg is an expert in the method, so it was a logical choice. Joseph shot the background plates and did the lighting and set-ups. I handled the animation, and sculpted the puppet and props. As far as I know, Magic Island was the last film to be released using the dynamation technique. Now that film audiences are more sophisticated in their expectations due to CG animation, dynamation is no longer a viable effects choice. It was great to have been involved in projects that used that dying art!”

What parts of The Nightmare Before Christmas were you responsible for, and what do you think of the new 3D version
“The Nightmare Before Christmas was one of the rare opportunities for animators to do their best work. The average time spent per shot was a week, versus one day on most other shows. My main sequence in the film was when Jack was launching his sleigh in the fog. I animated Santa Jack, the Mayor, the three Musicians, and the Skeleton Reindeer. Additionally, I animated several of the sequences where the kids in the real world get Jack's demented presents, as well as various other shots scattered throughout the film.

“Regarding the new release of the film, I found the 3D effect to be somewhat lacking. It is actually quite amazing that a 2D film can be converted to 3D, and the guys at ILM did an impressive job of simulating the stereo effect. But ultimately, it is simulated, not genuine 3D stereo. Having personally shot numerous 3D stereo photos of the actual Nightmare set-ups, I know more than anyone how the film should really look in 3D. So, I'm going to be far more critical of the conversion process than your average person.

“True stereo photography has an intimate, powerful, ‘you are there’ quality that makes 3D unique. This 2D to 3D thing reminds me of when studios were ‘colourising’ black and white films. It never replaces the real thing. To me, 2D to 3D conversion lacks the ‘wow factor’ that only film actually shot in 3D stereo can give. One thing I do like is the new digital 3D projection itself. It’s fantastic! Now if the studios would only combine that with 3D films properly created with twin cameras, and a cameraman who knows his stuff, they would have a superior product. If they persist with this 3D conversion, the audience will get turned off and lose interest fast.” 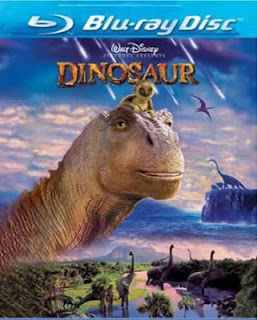 How and why did you move from stop motion animation to computer animation?
“Stop-motion projects were never really in very high demand, and were becoming even more scarce by 1995. Jurassic Park had recently been released, and I could definitely see where the wind was blowing for animation. I had been a professional stop-motion animator for over 10 years by then, so I was ready for something different anyway. So I bought my first computer and began teaching myself CG. Shortly after that, I was hired by Disney Feature Animation to join a very small crew creating the pilot film for Dinosaur.

“CG animators were quite rare then, and I was sort of a test case to see if a traditional animator could convert to CG. There was no training program, I just had to learn by reading the software manuals and asking questions from my co-workers. It all turned out well, because I became a Supervising Animator when Dinosaur went into full production. Unfortunately, I have not animated via stop-motion since then. If the right project comes along, I would love to return to the great art of stop-motion!”

What are you working on at the moment?
“Since returning from working on the King Kong film in New Zealand last year, I have mostly been working on smaller shows. I took a fair amount of time off to work on personal art projects, as well as creating my website to showcase my art. I've done a lot of commercials lately, and am currently doing a series of ads for the Montana's restaurant chain. They feature two talking taxidermy heads: a deer and a moose. Fun character work!”