AD Calvo (aka Alejandro Daniel) directed thought-provoking small-town gothic character study Doll in the Dark (aka The Melancholy Fantastic). After I reviewed the film in January 2017 (released, in its second incarnation, by Safecracker Pictures), Alejandro kindly agreed to a short email interview. 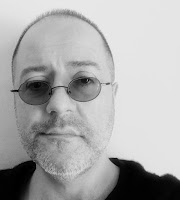 What was your original intention when you made The Melancholy Fantastic and how well do you think the film achieved that?
"I set out to make a micro-budget gothic Christmas tale (as my sophomore feature), a psychological horror film that featured a strong female lead. I wanted it to be a film that would be full of beautiful cinematography, rich production design, but whose real strength would come from its performances. I feel the film achieved that on some levels, but the first cut was a stillbirth, and was never really seen under its original title. There were elements that weren't working. It gave me time to contemplate the film and find moments that I felt weren't helping the narrative and goals of my original concept.

"Emotionally I was inspired by Kierkegaard's rather cryptic Sickness Unto Death in which he states how we can become romantically attached to our suffering. The story grew out of that melancholy fantastic passage; a girl, unwilling to let go of her painful past, who instead creates a romantic imaginary world of her own."

How did you select your two lead actors?
"I wrote the story for Amy Crowdis, she hadn't really made any films up until then. She was a stand-in on my first feature (The Other Side of the Tracks) and I immediately felt the camera strongly gravitating to her. She was natural and carefree in front of the camera, and became a muse of sorts for my writing. I wrote another script for her first, a very dark and trippy adaptation of Snow White (long before the wave of dark fairytales, e.g. Snow White and the Huntsman, Blancanieves). My Snow White script turned out to be a bit too weird and more difficult to produce at a micro budget. 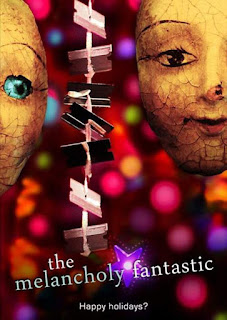 "Robin Lord Taylor was very different from how I originally envisioned the character of Dukken - originally I saw him as a more stereotypical goth with dark hair and all (not unlike Penguin, I guess). Robin's audition was so unique and fresh and he made a bunch of different choices so he became the clear favorite for me and my casting director."

Why did you re-edit The Melancholy Fantastic into Doll in the Dark?
"As I said above, time gave me the ability to see it with fresh eyes, and the flaws that seeped into my first cut - I think this answered to me why the film struggled with festival programmers. I wanted to fix it. I felt there was something unique and special in the story and I wanted it to be seen. It was like a child of mine that had never left the house. I makes me really sad to think of that. I had lots of Gotham fans reaching out to me, wanting to see the movie. So in many ways, they gave me the energy to dust it off and finally get it out there. I feel lucky Safecracker believed in it as well."

What are the principal differences between the two versions?
"I made about 300 edits to the film, both in picture and sound. I'd say narratively, the biggest difference is in silencing much of the expositional (and philosophical) dialogue that was in the first cut. That and quieting down the doll, so that we only heard her whispers. In the first cut the doll spoke way too much and that was taking me out of the narrative and killing the sinister undertone. To be fair, we had little to no money when cutting the original version. I worked with an assistant editor who had never cut a feature on her own. Technically, she was very proficient but the film needed another set of fresh eyes and I didn't have them back then." 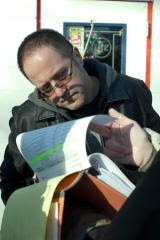 How do you feel your Argentinian background influences your films?
"There's a strong tendency towards spiritual magical realism in Latino culture, so I'd say mainly in that way."

What can you tell me about your latest movie Sweet, Sweet Lonely Girl?
"In many ways, Sweet, Sweet Lonely Girl (website here) is the sister to this film. I revisited the idea of a sad and lonely girl in a great big house. I tried to amplify the gothic horror/romance frequencies that I'm finding resonate the most in my writing. But I'm only seeing those with the passage of time."