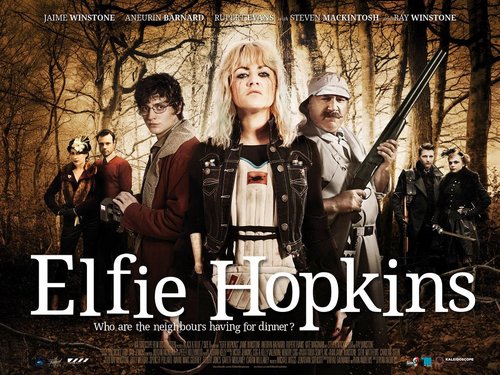 Elfie Hopkins is not your regular Jonathan Sothcott production. For a start, there’s no sign of his regular stock company, apart from co-producer credits for Simon Phillips and Billy Murray. Also, where most Sothcott movies are distinctly urban (Stalker aside, which was a remake), this is a rural tale, set in the sort of slightly surreal, insular, middle class village community that wouldn’t be out of place in The Avengers.

A co-production between JS’s company (as was) Black and Blue Films and Michael Wiggs’ Size 9 Productions, this is a definite highpoint in the Sothcott filmography, marketed at the time as being the first on-screen pairing of Ray and Jaime Winston. Truth be told, Ray Winstone’s role is little more than a stunt cameo but he and his daughter are actually on screen together. A few years earlier, Winstone Snr starred in a rather good (non-musical) version of Sweeney Todd for the BBC, on which Michael Wiggs, also Ray’s agent, was a producer.

Originally announced as Elfie Hopkins and the Gammons – a more intriguing title which better sums up the film’s quirky approach – this was at one stage going to be filmed in 3D, a decision which I am delighted to know was rescinded. Jaime Winstone, who already had horror previous with interesting misfire Daddy’s Girl and top-notch zombie mini-series Dead Set, was 26 at the time but still capable of playing a teenager. Elfie is a loner, a rebel, an individualist, stuck in the sort of charming commuter-belt village that grown-ups (and little kids) love but which is of no interest to adolescents. Her only friend is Dylan, played by a pre-White Queen Aneurin Barnard, also in his mid-20s at the time. 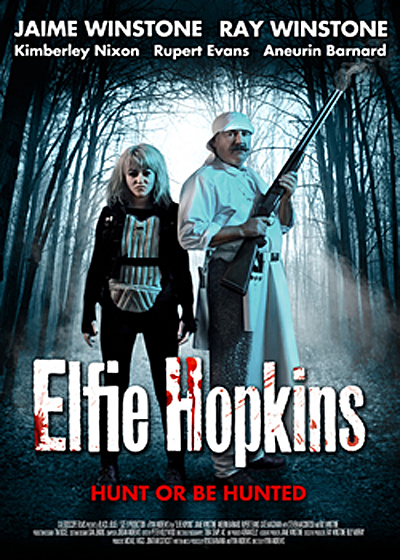 Together they like to sit in the woods and smoke dope, but child-woman Elfie retains an excitable penchant for Nancy Drew-style detective work, with Dylan applying his geeky computer skills in support. This originates from Elfie’s own refusal to accept that her mother’s death in a hunting accident wasn’t murder, although that’s not really significant to the events of the film itself, except in perhaps justifying her rebellious streak with no mother figure at home and her dad more interested in his second wife.

The story kicks off with the arrival of new neighbours, the Gammons. Mr Gammon (Rupert Evans: Fleming, Lucan) and Mrs Gammon (EastEnders’ Kate Magowan, also in A Lonely Place to Die, and the voice of Xenia Onatopp in a James Bond game!) are suave, confident, self-assured professionals who make their living by arranging expensive, bespoke international trips for just the sort of wealthy upper-middle class types who inhabit villages like this one. Their grown-up twin children Elliot (Will Payne: Fright Night 2) and kooky Ruby (Gwyneth Keyworth, who was in two episodes of The Sarah Jane Adventures) are a little less conventional but in a slightly disturbing way, respectively obsessed with guns and samurai swords.

Elfie and Dylan are convinced that the Gammons are up to no good and somehow connected with a series of mysterious murders/disappearances. And indeed they are – because it turns out that the family are cannibals. Something which works best if one approaches the film as a mystery but which was rather given away by the US distributor who put the film out as Elfie Hopkins: Cannibal Hunter. As for Jaime’s dad, he plays the local butcher whom Elfie and Dylan visit with a query about knives. But there may be a little more to his character than that… 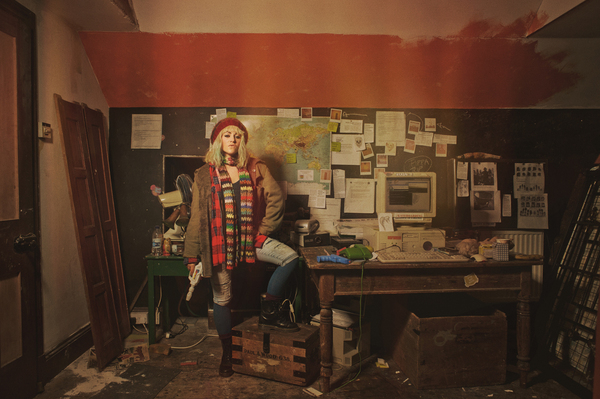 This was the feature debut of Ryan Andrews who drew together elements from some of his earlier work. He first met Jaime Winstone when he was a camera trainee on Daddy’s Girl and the two struck up a friendship after he showed her an amateur short he had made in 2003 called Fangula. Andrews then directed Jaime in an episode of a BBC 3 web pilot called Beast Hunters and also directed her dad in Jerusalem, a short film about the artist William Blake. ‘The Gammons’ was the original name of a family looking to adopt a child in Little Munchkin, a short directed by Andrews (featuring several of the Elfie cast) which screened at the 2011 Frighfest. That was co-written by Riyad Barmania who also co-wrote Elfie’s script, then wrote and directed another oddball feature, Ashens and the Quest for the Gamechild, about a collector searching for an almost mythical bit of electronic tat. Warwick Davis and Robert Llewellyn were in that and it sounds very odd. He has also produced some curious-sounding web series.

Elfie Hopkins is to some extent targeted at a teenage audience of geeks, misfits, emos and outsiders, but despite that (perhaps because of that) it’s actually a delightfully quirky and thoroughly British piece of oddball cinema. It would be a mistake to market it too much as ‘horror’ - though that is certainly what it is - simply because it’s not obviously appealing to regular horror-fans and gore-hounds. There is an indie sensibility to the film and its characters; Andrews cites Tim Burton, Terry Gilliam and Twin Peaks as influences and while not overt, there is a correlation there which bears inspection. 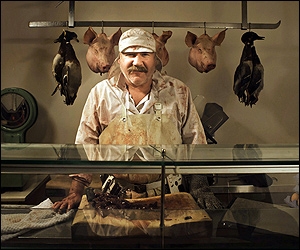 Alongside the script and the performances, much of the credit for the film’s success must go to cinematographer Tobia Sempi and production designer Tim Dickel. The former, who photographed Andrews’ short films and subsequently lit as-yet-unreleased Brit-horror Tick Tock Trick, drains much of the colour from the image, making Elfie and Dylan stand out from their surroundings. The woodland scenes have a touch of rural-horror atmosphere about them while the interiors further alienate the two twentysomething teenagers. Dickel, whose other work includes Panic Button and Skins, has an absolute ball with Elfie’s and Dylan’s bedrooms, contrasting them with the respectable middle class world of their parents and neighbours. Ever-reliable costume designer Sian Jenkins, another Panic Button alumna, dresses Elfie in a terrific selection of individualistic, grungy costumes (Winstone described the character as "a female Kurt Cobain") and really goes to town with Ruby Gammon’s eccentric Victorian doll look.

Editor Peter Hollywood (no, really) stitched together such fascinating pictures as The Adventures of Baron Munchausen, a 1979 adaptation of The Riddle of the Sands and a 1981 version of Sredni Vashtar which was nominated for a ‘Best Short Film’ Oscar. He also cut a version of Gallowwalkers but I don’t know if that’s the one that got released. 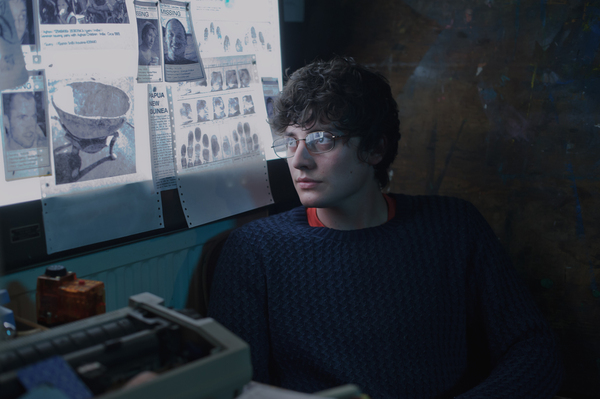 Julian Lewis Jones (in episodes of Jekyll and Torchwood) and Amanda Drew (Dr Wright in EastEnders) are Elfie’s father and stepmother. Also in the cast are Kimberley Nixon (Fresh Meat, Black Death), Claire Cage (episodes of Wizards vs Aliens and Torchwood), Richard Harrington (the screwed-up psychiatrist who fell for Jaime’s screwed-up teenager in Daddy’s Girl), Alastair Cumming (The Wolves of Kromer, Beyond Bedlam), Steven Mackintosh (Robot Overlords, Underworld sequels and the 1989 TV version of The Woman in Black) and Brit-horror regular Sule Rimi (Silent Night, Bloody Night: The Homecoming, NOTLD Resurrection, The Machine, Panic Button, Vampire Guitar) as the local plod who, naturally, doesn’t believe any of this. Also, one of the unnamed villagers is Dean Andrews – DC Ray Carling from Life on Mars/Ashes to Ashes!

A teaser trailer of Jaime Winstone in character was shot and released to the web in Summer 2009 (you can still find it on Daily Motion) when the plan was still to shoot in 3D and Vertigo Films were attached to the project, with principal photography scheduled for that winter. The film was eventually shot in March 2011 around Ryan Andrews’ childhood haunts in Wales, Elfie Hopkins was given a comparatively swish premiere in April 2012 – not many BHR films are featured in Tatler! - just ahead of a brief theatrical jaunt. The DVD was released in August and the US disc in March 2013. Since then the film has built up something of a cult following, and deservedly so.

We await Ryan Andrews’ second feature, but in the meantime his shorts are on his website. Fangula is two and a half minutes of pretentious art student bollocks with Andrews himself as a vampire. Beast Hunters is a self-consciously wacky seven-minute short about three young people who hunt monsters, with Robert Llewellyn as their mentor and James Corden (Lesbian Vampire Killers) as some sort of small, blue genie or something. 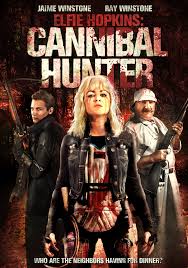 Little Munchkin, however, is absolutely magnificent. Harrington and Nia Roberts (The Facility) play Mr and Mrs Jones. a stiff, politically incorrect couple clearly modelled (albeit perhaps subconsciously) on the ‘Peter and Jennifer Wells’ characters in Absolutely. Keyworth (aged 20) just about gets away with playing the ‘little girl’ they adopt, by virtue of a gloriously pixie-esque performance. Rebecca Harries and Clare Cage are the nuns managing the orphanage, the former a study in comic efficiency, the latter without dialogue but with a distinctive facial tick. Sule Rimi turns in the expected cracking performance as the babysitter. Most of the crew are names from the Elfie Hopkins credits.

More recently Andrews has been shooting music videos for Charlie XCX, but one can only hope that he will before too long give us another film as wonderfully individualistic and entertaining as Little Munchkin or Elfie Hopkins.