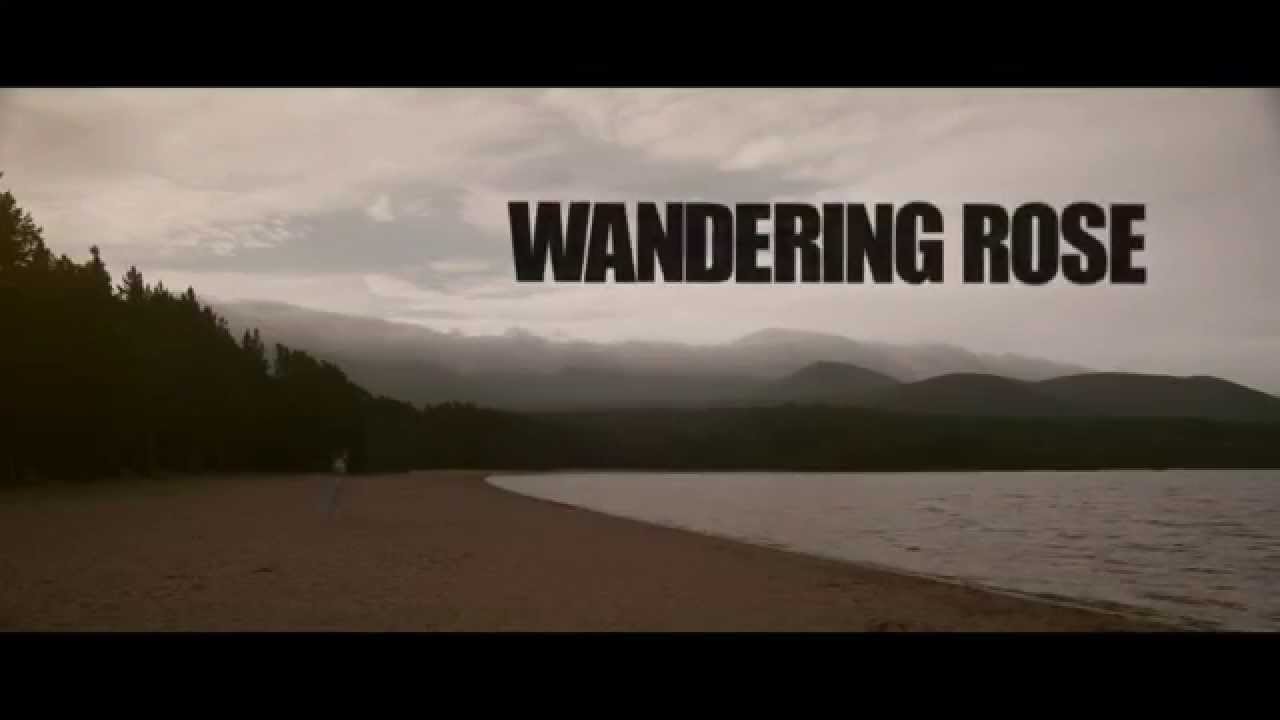 It seems like every other week I’m being sent a link through to a screener of an unknown, brand new British horror movie that turns out to be a simply magnificent piece of film-making. And here’s another one.

Wandering Rose combines a fine, taut script with a trio of superb performances and strong, confident direction to create a powerful, gripping story populated by three fully rounded, fascinating characters. There is a steadily growing sense of dread, some genuine effective scares and a satisfyingly bleak and enigmatic resolution. Top the whole thing off with stunning photography that shows off the beautiful Cairngorm locations to full effect and you have an almost perfect horror film.

The worst thing I can say is that there’s a continuity error with a bicycle about seven minutes in. That is seriously the only criticism I can make of Wandering Rose. 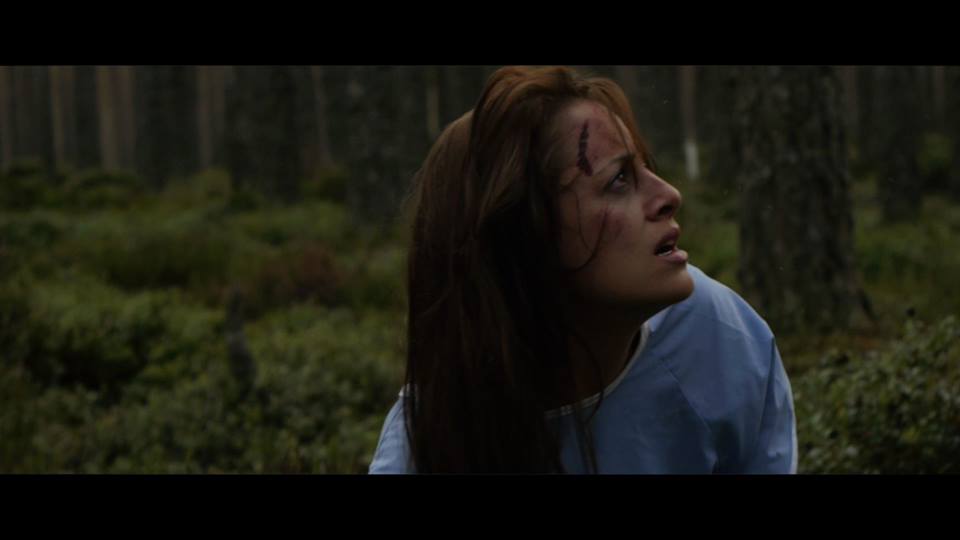 But what I really love most about this film, all the above notwithstanding, is its ambiguity. This is one of those movies which can be interpreted with equal justification as either supernatural or psychological. One of the characters is haunted, but is she actually ‘Haunted’ haunted, or just ‘sort of haunted’ haunted? Is what we see what she sees, and if so is she really seeing it? That’s for the post-screening debate in the bar. And I love, love, love ambiguous films like this.

Scottish Rose (Carina Birrell: Jack Said, The Unfathomable Mr Jones) and English Theo (BHR regular David Wayman: Battlefield Death Tales, After Death, The Dead Inside; he played a young Harold Shipman on TV!) are a young, unmarried couple driving their camper van up to the Cairngorms for a romantic (and if Theo has his way, somewhat sexy) weekend away. Rose is pensive and distracted because she is about three months pregnant; not enough to show. This could be their last fling as a couple before they become a family. The plan is for a bit of hiking, a bit of mountain biking, a rented canoe and glorious views – although Rose would rather be at a proper campsite where the less stunning view is offset by a decent shower block. 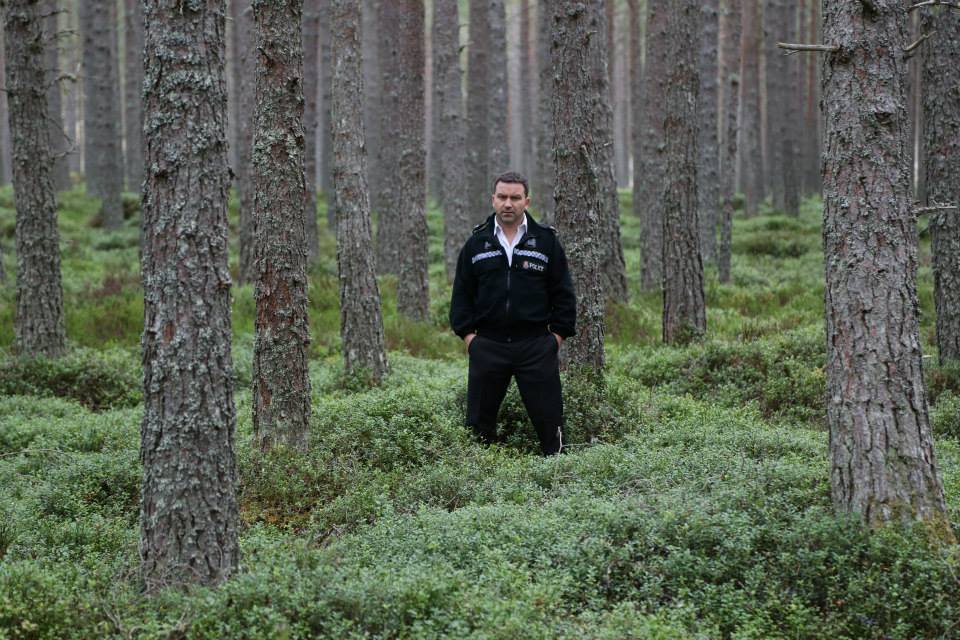 The third character, who features intermittently (but crucially) is Constable Thwaites, played by Cameron Jack (who was one of Bane’s henchmen in The Dark Knight Rises). In a lesser actor’s hands, Thwaites would simply have been a local McPlod providing exposition, or he could have been a ‘Ye’re noo from aroond here laddie’ antagonist, a narrative counterbalance to the young city couple. Jack however imbues every line with character, creating a fascinating, enigmatic, unnerving portrait of a Highland Policeman whose professional attitude treads a fine line between vaguely threatening and paternally supportive. It’s an absolute belter of a performance, one of those stand-out roles that you find occasionally in a movie like this. (And yet Thwaites never overshadows the principal relationship which is of course Rose and Theo.)

The actual story starts deceptively simply: Rose occasionally sees a ghostly figure. Who is that? Is she real? What does she want? How does this apparition relate to momentary flashbacks of Rose in pain? But that nutshell doesn’t describe the actual film which is so much more than a ghost story, perhaps not even a ghost story at all. Theo and Rose’s happy relationship is threatened by the baby and what it means for them. Are they (well, is Theo) getting too excited too soon? Lots of things could go wrong, as Rose explains. Gradually the relationship starts to, if not crumble exactly, certainly waver. Not helped by Rose’s distrust of ‘Constable Thwaites’, if that is indeed who he is. In this sort of rural isolation, people are very, very few and far between. Help is far away if needed. 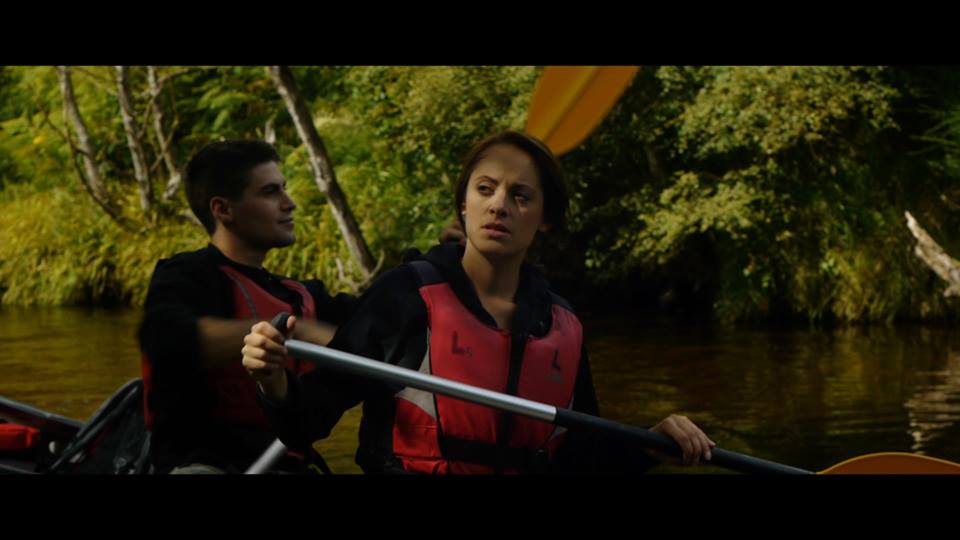 Ironically, it is in the third act, when Rose and Theo finally move to a proper campsite, that things actually get worse. And worse, and worse, and worse. The ratchetting-up of the tension, fear and mystery is expertly handled by first time feature director Corrie 'Coz' Greenop. It would spoil the film if I were to say too much, but since the main story is a giant flashback, we already know from the brief prologue that things won’t end well.

The doctor in that prologue is Lee Phillips who, with Coz and Coz’s dad (executive producer Mark Greenop) is a partner in MGA Ltd, a 'learning solutions' company based in Flockton Moor, West Yorkshire. The only other character, a couple of hospital extras notwithstanding, is a second doctor in flashbacks played by Emmerdale’s Bhasker Patel (who was an extra in Indiana Jones and the Temple of Doom and Kyrano in the live-action Thunderbirds movie!).

Much of the film's look can be credited to DP/editor James Fuller (assisted by Coz on both counts) who does wonders with the mountains, forests and lochs, deftly assisted by the aerial photography of Robert Coles and Neil Willis and their tame quadricopter which gives the film a ton of extra production value. 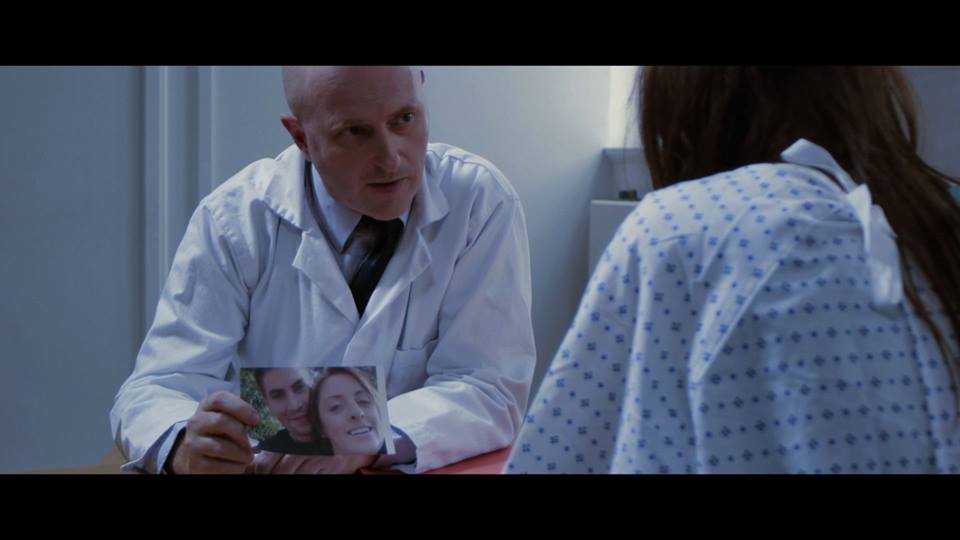 Fuller also gets credits as VFX supervisor, colourist, 'additional directing' and music supervisor, although no composer is credited. Jennifer Maiquez handled 'make-up, hair design and prosthetics' (which involved more blood than most of her bridal/fashion gigs) while Patrick Boyle did the sound. There are no credits for production designer, costumes etc so we can assume that Coz and/or James were responsible there.

Just 70 minutes long, Wandering Rose is a real gem of a film. Shot between August and October 2013, the movie premiered at a screening at the Hyde Park Picture House in August 2014. I reckon it could be on a few 'top ten' lists in years to come.

[Update. The film was released in the USA in June 2015 as Demon Baby with a completely inappropriate and misleading sleeve image. In June 2016 it was released in the UK as Little Devil with a different completely inappropriate and misleading sleeve image. - MJS]
Posted by MJ Simpson at 19:09