In a very short time, Jonathan Sothcott has established himself as a major player on the UK indie film scene, producing a range of genre pictures through his production company Black and Blue Films. He kindly answered a few questions for me in August 2010 around the time of Dead Cert’s premiere at Frightfest. 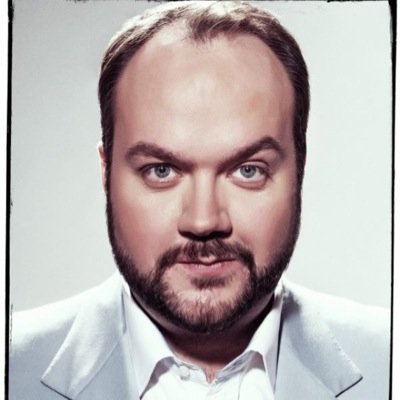 Can you sum up how your previous career has led you to your current work as a film producer?
“Since seeing Jaws on Betamax as a very small boy I always loved films, and genre films in particular. Growing up on a diet of Hammer Horror, 007 and Doctor Who defined my tastes clearly, but living in the country with no connection at all to 'the media' I didn't realise till quite late that I wanted to be a film-maker and wouldn't have known where to start anyway. But I wanted to be involved with film... so became a film journalist. An obvious part of that was studying how films are and were made, so I had a bit of an advantage.

“I also worked in TV as a buyer, so had a certain understanding of the commercial realities of the business. Eventually, aged 26, I decided that making my own films was the way forward. Four years on and five films down I seem to be getting away with it!”

How much are you developing a rep company and how much are you just tapping into an existing group of London actors who all seem to keep appearing together on screen?
“There are two sides to this - reading your (excellent - and very fair) review of Just for the Record, I noticed you picked up on the fact that I used a lot of the cast from Football Factory and Rise of the Footsoldier. Why? Because between them they have sold over two million DVDs in the UK - and I think people enjoy familiar faces in genre films, which is one of the reasons we love Hammer movies.

“As a rep company, though, its a fuckin' great one - Steven Berkoff, Sean Pertwee, Craig Fairbrass, Colin Salmon, Phil Davis, Billy Murray - these are all world class screen actors! And then look at the girls - Jane March, Lisa McAllister, Jaime Murray, MyAnna Buring - again, brilliant talents all of whom audiences like. And we even get wild cards like Victoria Silvstedt who paid her own flights to come and do JFTR as a favour for me. We're very blessed.” 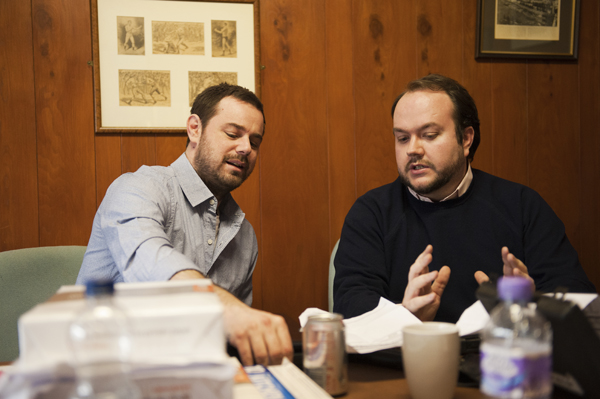 The character of Derek La Farge in Just for the Record, played by Danny Dyer, is specifically stated in the credits as being based on you: to what extent is it an accurate depiction?
“Welllllllllllllllllll it is and it isn't. Ha. Danny is one of my best mates, he's brilliant and when we looked at the script he said, ‘I'm going to play this as you.’ ‘Oh,’ I said, preening excitedly at the prospect of screen immortality, ‘how do you mean?’ He then did his impression of me which was pretty funny and it went from there - he wore my ties in the film too (and in Dead Cert).

“You know, the biggest wasted opportunity on JFTR (which is a dreadful film but has some nice performances) is that we finally had an opportunity to do something different with Danny and we squandered it on a crap film. Danny is one of the most talented screen actors in the country and has a very real range - for my money he's my generation's Michael Caine - and I'm slightly ashamed that JFTR wasn't a good enough showcase for that. But wait till you see him in Devil's Playground - a quality film featuring a brilliant performance from DD.”

The problem for British independent films has always been one of distribution: how are you overcoming this?
“That's not the problem - I have great relationships with ever major distributor - Momentum, E1, Lionsgate, Sony, Revolver, the lot. If you make a commercial product, distribution isn't the issue. The issue is making it in the first place - ie. funding - it's so hard to fund indie films in this country. The private sector is riddled with wankers and bullshitters who actually don't have any money and don't realise that they're fucking with people's lives. The Film Council (good riddance) was no help to my kind of films either - we weren't trendy enough and didn't wear sandals - and I hope somebody comes up with a realistic, commercially-driven alternative so that film making in this country can become a real business like it is in the States or France.”

Why do you think that Black and Blue films has been able to establish itself as something of a movie factory when others have made grandiose announcements and promoted ambitious production slates then disappeared? What are you doing right?
“Well I hope we're doing okay. I think we are making solid genre films at a price, which is really the secret of independent film making. We also use quality talent on both sides of the camera (with the odd blip!) and you have to remember I'm not just in this game to make money. I'm a genre buff too, I go and buy this stuff in HMV like everyone else and I guess I'm trying to make the films that I'd like as a punter.”

I gather that the remake of Exposé has a very different story and now may not even end up being called Exposé, so in what sense is it a remake? [It was eventually made as Stalker - MJS]
“Going back a few years it was a good jumping off point - there are similarities, but ours is a cleverer, more sophisticated movie - in a lot of ways it’s more like those ‘60s Hammer psycho-thrillers like Taste of Fear and Paranoiac. It’s a really smart, fun little movie with some great performances, brilliantly directed, and I think people will like it.”

As executive producer, what was your involvement with Wishbaby and what are your views on the film?
“Parsons and Sprackling are both old mates of mine and I came in late and was really only involved in the financing. I think it was an intelligent, well-made art house horror movie that should have done much, much better business. But you know, sometimes movies just fall through the cracks - the time isn't right for them - and are rediscovered 20 years later when they find an audience. I'm proud to have been involved with Wishbaby though.” 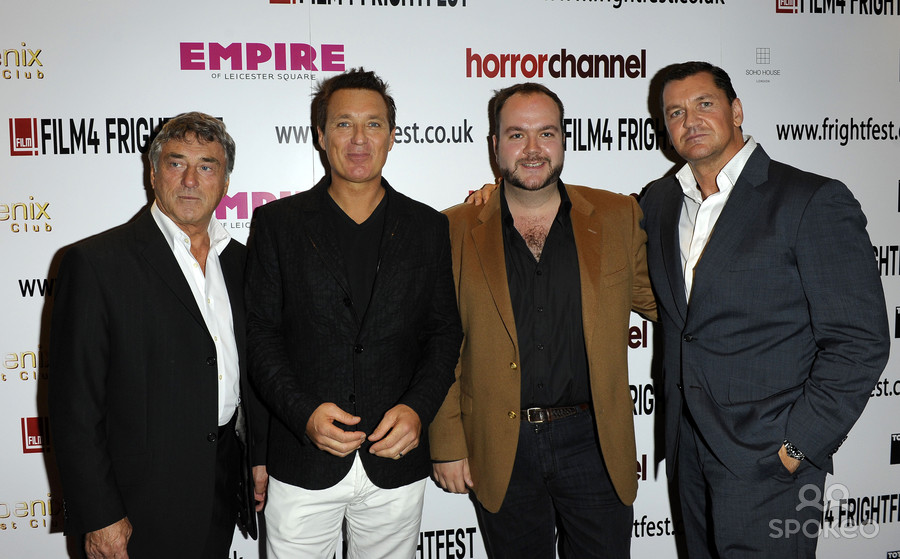 What do you think Dead Cert brings to the vampire genre that hasn't been done before?
“Cockney gangsters! Haha. No, it really was conceived as a homage to films like Dracula AD 1972 and Count Yorga, by way of Fright Night and Vamp. It’s a fun romp with some great performances - Craig is by far the best and most credible action man in British cinema, Lisa's a born movie star who it’s almost impossible not to fall in love with, Billy and Berkoff are towering thesps giving a real gothic feel to the proceedings and Danny's cameo at the end - which he came and did as a favour - is a lot of fun - that got a huge round of applause at Frightfest last night.”