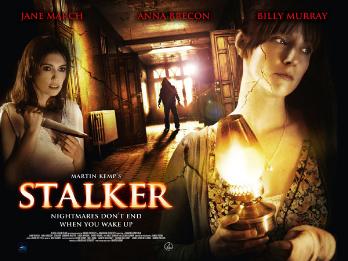 Confession time: I have never seen Exposé. Sorry. I never claimed to be an authority on 1970s British horror films. Look, you can’t see everything, okay? (Especially when, like me, you only really get into horror quite late in life.) I can watch all the classics, or I can watch all the new and interesting and esoteric stuff, but I only have so many hours in a day.

If I tried to catch up on all the well-known films I’ve never seen (or seen so long ago that I can’t recall much about them) you’d never hear from me again. I would rather watch and review something that few if any people have seen than something that everyone (else) has seen. Which is, in a roundabout sort of way, one of the reasons why I’m reviewing this pre-release screener of Stalker, the film which was originally announced as a remake of Exposé.

In a sense I’m in a good position to watch the film since it is now considerably distanced from the 1970s picture. I can view it without prejudice. After watching, I checked Harvey Fenton’s piece on Exposé in Ten Years of Terror and spotted some parallels but also it’s evident that the main plot here is different, albeit spinning off from an equivalent premise. So we’ll hear no more about that old film and get on with reviewing this one.

...Which is a psychological horror of the old school, for good or bad. There are none of the social realist themes which characterise the best modern British horror here. The characters are divorced from reality and the setting is a spooky old 16th century farmhouse: the story is about the individuals, not their world (and certainly not ours). 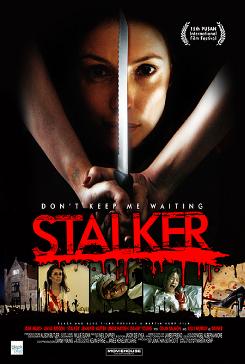 Anna Brecon (who was a fairy in Fairytale: A True Story!) plays Paula Martin, whose debut novel was a massive success but who now feels under immense pressure to produce a follow-up. Her agent Sara (Jennifer Matter: Dead Cert) suggests getting away from That London and finding a quiet spot in the country so Paula heads out of town.

The luxurious house, we discover, belongs to her absent uncle who is off jaunting round the world and leaves the place in the care of housekeeper Mrs Brown and gardener Josh. Linda Hayden (from, erm, Exposé) plays Mrs Brown but it’s not much of a character and Hayden, now in her mid-fifties, seems unsure how to play her, coming across (largely thanks to an unflattering and old-fashioned costume) like a half-hearted attempt to be Mrs Overall without the laughs. Corrie’s Danny Young as Josh only has a few lines.

After accidentally spiking her hand on a nail, Paula can’t even type properly but fortunately a PA appears, sent by Sara, to provide assistance. This is raven-haired hottie Linda (Jane March: Tarzan and the Lost City, Dark Prince: The True Story of Dracula) who couldn’t look more like a rapacious lesbian if she casually sported a jaunty strap-on. At first the two women get on but gradually the relationship reverses until Linda is writing the novel and demanding coffee from Paula. To be honest, the switch, while not abrupt, isn’t as gradual as it could have been. The film only runs about 77 minutes and there seems something of a lacuna in the middle, as if part of the slow build has been excised in order to get to the nasty stuff quicker.

Two of producer Jonathan Sothcott’s regular repertory company are featured: Billy Murray (who is a partner in Black and Blue Films, along with director Martin Kemp) and the always-super-suave Colin Salmon. Murray gives another terrific performance as Robert Gainer, a magazine journalist keen to interview Paula and find out the truth behind the rumours that she had a nervous breakdown. Salmon is typically smooth as Leo, Paula’s psychiatrist, although it’s quite late in the film before this is clear so for much of his screentime he’s a bit of an enigma (deliberately or not - I can’t say). I initially assumed he was a manager or accountant or publicist or ex-boyfriend or... anyway, he’s her shrink. 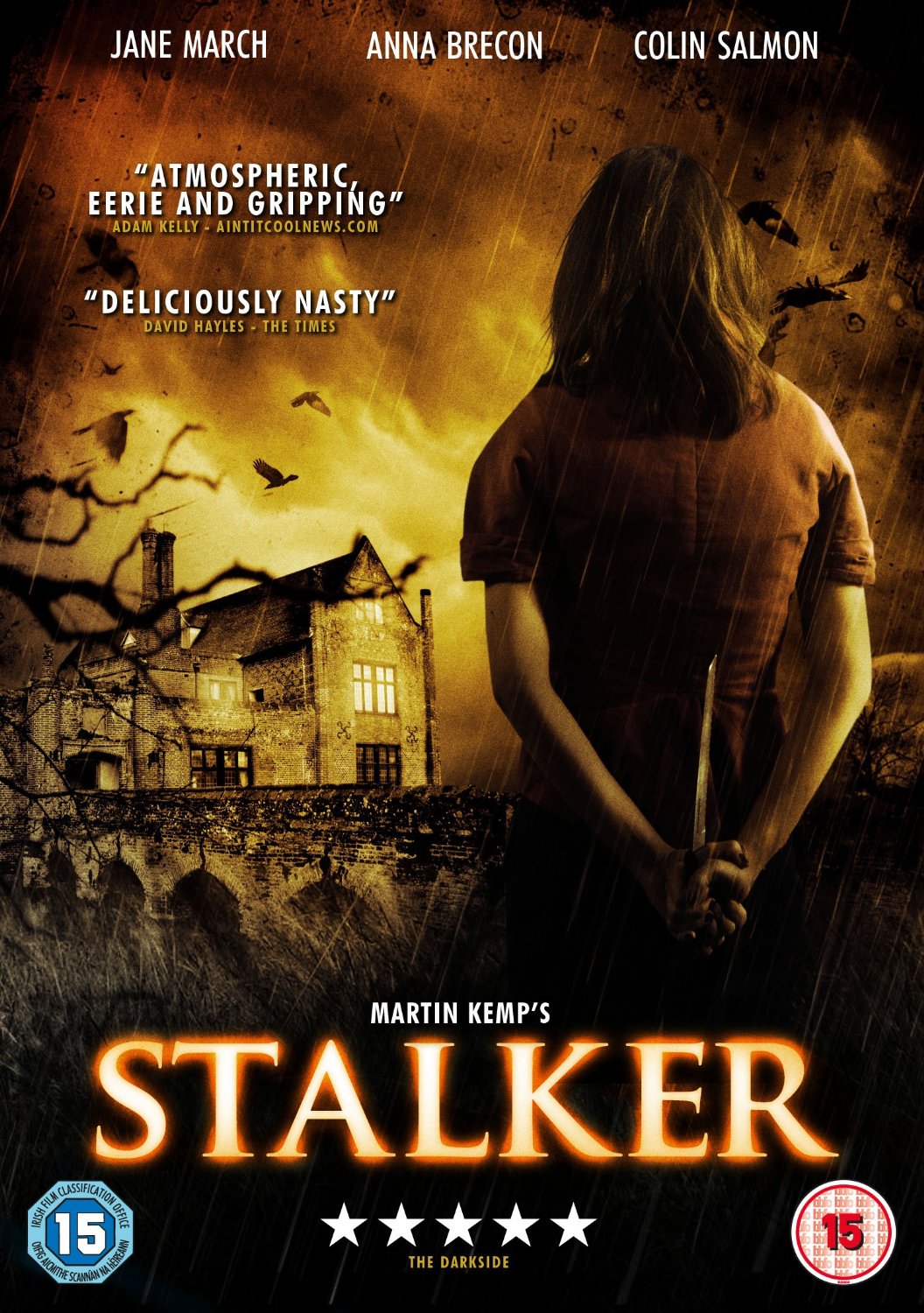 The expected violence and madness does arrive in the second half of the film, with good prosthetic effects supplied by Mindflesh’s Sangeet Prabhaker, who also worked on Kemp’s debut short Karma Magnet. The screenplay is credited to Kemp with ‘screen story’ shared between Kemp, Sothcott and Philip Barron (although you should put all thoughts of the execrable Just for the Record out of your mind). There are a number of red herrings which are ultimately meaningless and the twist is, to be brutally honest, obvious from fairly early on. Which is not to take away from a skilfully handled climactic confrontation which does credited to Kemp’s directorial skills, the actresses involved and also make-up artists Natalie Wickens (Devil’s Playground, Jack Falls, Zombie Diaries 2) and Pippa Woods (Doghouse, The Reeds, Umbrage).

Most of the dialogue is very good which is why it’s a shame that the twist is revealed in a clumsy, unsubtle info-dump conversation about ten minutes before the end. There is also an odd inconsistency when Gainer’s magazine changes title from Book Review to The Book. More significantly Leo is horrified to discover that Sara gave the journalist Paula’s address (for ‘publicity purposes’) even though, as far as we can tell, it was Leo himself who consented to supply the address (some sort of bribery/blackmail thing - it’s not entirely clear) and Sara has spent much of her screentime making it clear to Gainer that she doesn’t need or want him or his magazine. There is also a pay-off final shot which is a cheap gag that the story neither needs nor deserves.

That said, on the whole Stalker works very well in what it sets out to do, which is to explore a broken mind and document the broken bodies that result from same, within a stylishly gothic ambience. The characters are generally believable even if none of them are particularly likeable. An unobtrusive score by Neil Chaney (Tracker, Jerome’s Weakness) and fine cinematography by the ever-reliable James Friend (Man Who Sold the World, The Hike) give the film the professional sheen which it requires. This is no gritty urban drama, it’s a story of posh publishing folks who drink red wine in expensive restaurants. Proper, old-fashioned British horror of the sort that doesn’t get made much any more, certainly at this level of quality. 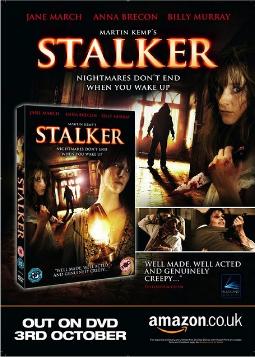 Bizarrely, production designer Alison Butler’s most notable previous credit was Big Cook, Little Cook. Millie Sloan (Zombie Diaries 2, Devil’s Playground) designed the costumes. Triana Terry (posh Lucy in Just for the Record) has a couple of lines as Sara’s PA and Deo Simcox (narrator of Wibbly Pig!) has no lines at all as a small scarlet fish.

Stalker is another solid horror feature from Sothcott and his mates and bodes well for the like of The Sorcerers and The Asphyx which are, at present, still being touted as remakes. There is, so far as I can spot, no acknowledgement on screen of the inspirational film apart from a ‘thank you’ to producer Brian Smedley-Aston.