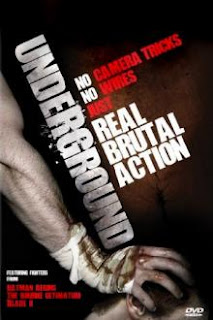 Underground is probably the most professional-looking British martial arts picture I have seen. It is slickly directed with no punches pulled on the production values. Camera-work and editing are top-notch, there is an excellent original score and the fight direction is seamless, with very realistic make-up effects used to depict the results.

None of the above, however, prevents Underground from being the most mind-numbingly boring martial arts film I have ever sat through.

There is no plot, there are no characters. There is just a series of fights between people we neither know nor care about, interspersed with brief, narrated infodumps about these fighters and other people we neither know nor care about. The one and only thing that kept my interest was waiting to see how they would resolve the problem of starting with twelve fighters since any knockout tournament needs a number of contestants that is a power of two. (The film was eventually retitled 12.)

The set-up is that a high-stakes underground no-holds-barred fight tournament has been arranged by ... someone. We’re never told the guy’s name (or anything at all about him - he doesn’t even get his own infodump) but he is credited as ‘Fidel’ and played by Fidel Nanton. He has gathered twelve fighters who are referred to by simplistic monickers that reflect the shallowness of the ‘characterisation’. One is called ‘The Soldier’ because he’s a soldier; another is ‘The Homeless’ because he’s homeless; another is ‘The Kid’ because he’s young. You get the picture.

Also assembled are six rich-but-bored people who each put up £200,000 to ‘back’ two fighters. The £1.2m pot will be split between half a million for the winning fighter, half a million for their backer and the balance to Fidel who introduces each bout personally. These backers are given proper names but otherwise have no more depth to them than the fighters.

There is some nonsense near the start about how all this is being filmed through CCTV cameras and broadcast over the web to selected audiences but the only acknowledgement of this is the occasional black and white shot with a date, time and [rec] in the corner. However, such shots are randomly distributed throughout the film and none of them bear any relation to actual CCTV footage in terms of framing or angle - in fact most of them seem to be handheld. 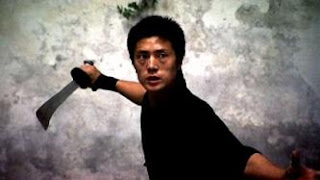 Here’s how it goes for the first round: the backers decide on two fighters, each of whom is then introduced with a brief, clumsy, narrated infodump flashback which nevertheless fails to tell us anything about them. Then you get the fight itself, which lasts no more than a minute or two. Each fight takes place in a different location with a small circle of twenty or so friends and associates standing dangerously close (and no sign of any cameras, but then nobody mentions the ‘reality TV’ angle after the first five minutes). And we only know that these people cheering around the edge are friends and associates because in the Soldier’s first fight, half of them wear camo gear.

After one fighter has smashed the other’s face in, usually with a flying kick, Fidel declares them the winner and we cut back to the rich bastards around their table.

This takes us through the first six monotonous fights, the mechanical ‘story’ interrupted occasionally for a brief, clumsy, narrated infodump about one of the backers - which nevertheless fails to tell us anything about them.

Then, before the second round, we’re treated to a montage of shots from the first six fights. Because they were so good we must want to see them again. 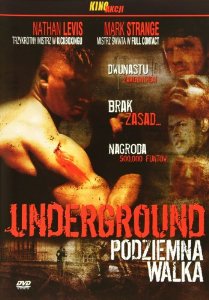 The second round improves on the first but only because it involves fewer fights and is therefore shorter. Actually, there is a hint of a storyline when ‘The Foreigner’ (because he’s Chinese) and ‘The Delinquent’ (because he’s young and a bad’un) face each other as those two have shared a couple of very short atypical scenes that weren’t either fights or infodump flashbacks. But nothing - precisely nothing - is made of the conflicted loyalties which such a situation could present.

With only three fighters left, each is given a solo gig, facing off against two unnamed fighters, using weapons. This isn’t terribly fair as ‘The Homeless’ has to use a sword against two blokes with swords, ‘The Ex-Convict’ has to use two short poles against a brace of fighters each armed with two short poles (there’s probably a poncy Chinese name for two short poles but I don’t know what it is) and ‘The Foreigner’ has a sword but is facing a couple of fellas armed with some sort of long, bamboo quarterstaffs. So it’s not very equal - although by a stroke of good fortune each fighter is adept at the particular weapon they’re given.

The idea is that whichever two fighters “complete the task” quickest will go through to the final. It’s not stated precisely what constitutes ‘completion of the task’ (probably because the film-makers didn’t think it through) but that becomes moot as one of the contestants dies. Ho hum.

As the clock ticked down on this will-sapping ninety-minute movie, my hopes of some sort of storyline appearing gradually faded. Eventually there were only two fighters left and they had a big fight and one of them won. The end. Who cares? 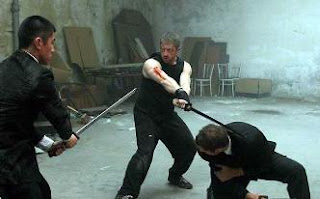 There’s just nothing here. Yes, there’s production values and some short sequences of well-choreographed screen-fighting but what the film-makers have forgotten is that a fight is only interesting if we care who wins. And we don’t. In not one of the thirteen fights crammed into this hour and a half do the audience have any incentive to root for one person over another. What the film-makers have also forgotten is that calling somebody ‘The Something’ and having a narrator describe their background in a couple of sentences isn’t the same as giving them a character. And that a knockout tournament cannot constitute a plot on its own.

It’s also worth observing that despite the notional concept of a ‘no holds barred’ freestyle tournament all twelve fighters use exactly the same sort of flashy kickboxing techniques. None of them display any kind of distinctive combat style which might at least have served to distinguish one identikit fight scene from the rest and there is no sign of the eye-gouging, balls-kicking or other unfair play which one would expect in a notionally illegal, unregulated underground prize fight. 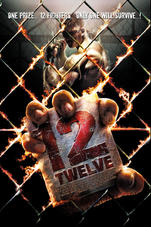 There are two ironies here. One is the matter of production values. This looks great: really, really professional and slick. Can’t fault the look, but why couldn’t that sort of effort have been put into something with a plot? The other irony is that there is in fact a story here to be had if someone had bothered to write it. If all the tedious scenes of the backers glowering at each other, all the tedious (occasionally repetitive) infodumps about who has a score to settle, who has a family etc, and all the well-choreographed but pointless fights had been either heavily truncated or ditched entirely, there would have been room for us to get to know the fighters. We could have learned who they were, what motivated them, what they cared about, how they related to each other and, crucially, what they thought of the rich bastards encouraging them to fight. Then we might have cared which ones had the shit kicked out of them.

More pertinently, the rich, bored bastard backers could have provided an effective contrast to the gritty reality of the fighters: Caesar’s court to the gladiators. Yet apparently the folk who made this film failed to realise that when rich, powerful people meet all the interesting stuff happens outside the boardroom as they try to forge alliances and/or stab each other in the back. People sitting at a table with fixed smiles is dull the first time you see it and gets no more interesting after an hour and a half. 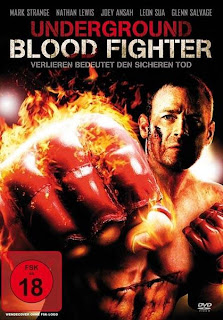 Despite its undoubted technical quality (some dodgy acting aside - but then fortunately no scene lasts longer than about 45 seconds and nobody is ever called on to say more than about two lines in one go) Underground/12 is an empty, soulless waste of everyone’s time. If you enjoy this sort of thing (and somebody must) then good luck to you but it behoves me to point out that there are training videos with just as much plot but longer and more interesting fights.

A bunch of DVD extras include no fewer then twelve ‘deleted scenes’ which offered some hope that there might be a story after all but in fact these add up to only ten and a half minutes between them and are either too brief or too boring to add anything to the film. These include an unbelievably tedious scene of the twelve fighters arriving one by one and lining up plus, bizarrely, three complete fights filmed in entirely different locations to the equivalent ones in the finished movie.

The dirty dozen ‘actors’ here include Mark Strange (who had bit parts in The Medallion and The Twins Effect), Joey Ansah (The Bourne Ultimatum, Left for Dead), relentlessly publicised ‘UK’s powerful princess’ Zara Phythian and The Silencer himself Glenn Salvage. The backers include EastEnders’ Leonard Fenton (also in The Zombie Diaries), Red Dwarf’s Danny John-Jules (the only regular presenter on CBeebies who also appeared in Blade II), Family Affairs’ Gary Webster (who was in an episode of Urban Gothic) and Intergalactic Combat’s ‘Alexander the Great’ Gordon Alexander. Many of the cast subsequently appeared in British director Chee Keong Cheung’s second feature, the Hong Kong-shot actioner Bodyguard: A New Beginning. 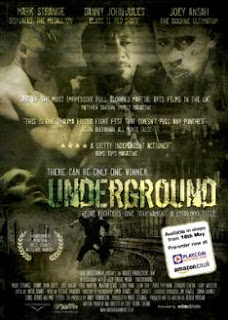 Jake Corbett and Simon Dennis share cinematography and can walk away from this with their heads held high, as can editor Mark Towns (Gnaw). Jenny Cochrane provided the cuts and bruises make-up, Sarah Littlemore handled art direction and the effective score was courtesy of Stuart Hancock who also provided some of the music for Creature Comforts! The fights were arranged by Dave Forman (Batman Begins, Phoo Action, assorted Doctor Who episodes) and Matt Routledge (director of Mersey Cop).

Copyrighted 2006, Underground played festivals for a year or two before a UK DVD release in mid-2009; it has also been released in the USA, Poland, Argentina and Japan. But honestly this is the least satisfying, most tedious, most plotless thing I have seen since Breathe Safely (though mercifully it’s not quite that bad and at least had a budget in excess of £4.50). Nevertheless, I find it hard to think of this as a film. It’s more of a filmoid: something which has the approximate shape of a film but is missing essential characteristics such as characters and plot.